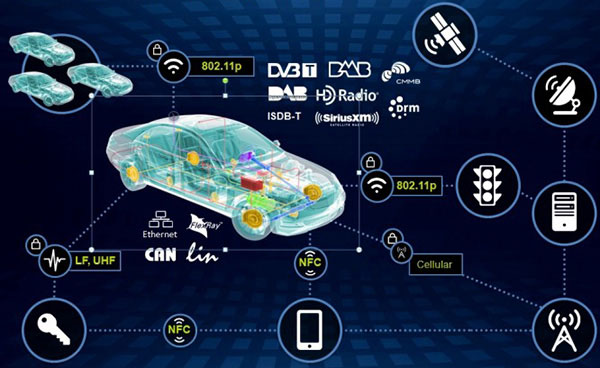 The legal battle between Qualcomm and Apple may portend the future direction of car technology.

Qualcomm says Apple manufacturers are not paying the correct amount of money for the chipmaker’s intellectual property the iPhone maker is licensing – basically they’re not paying anything.

The lower, or absent, payments probably account for Qualcomm’s patent licensing business falling 42 per cent this year, according to CNBC.

“We’re really just trying to get somebody to pay on a contract that’s been in place for 10 years,” said Qualcomm CEO Steve Mollenkopf in an interview with CNBC.

The licensing business is huge for chipmakers like Qualcomm. While the actual physical chip has become a commodity in a relatively crowded market, developing and licensing new technologies around them is still a niche – and lucrative – industry.

Qualcomm seems to want to offset any projected setbacks by buying another chipmaker, NXP, which is one of the leading suppliers of technology for advanced driver assistance systems, or ADAS.

Chips and computer technology in vehicles is already a huge market and it’s growing. ADAS – which is autonomous vehicle technology in all but name – is to be found in a growing number of new cars, and many of the systems contain NXP chips and technology.

Qualcomm, having made a massive fortune supplying chips for smartphones, probably doesn’t want to be left behind as Apple develops autonomous car technology, which seems to be more or less confirmed now.

But Qualcomm’s bid to buy NXP is being challenged.

An investment company company called Elliot Management has declared that it now owns a 6 per cent stake in NXP and is looking for Qualcomm to raise its $37 billion bid to buy NXP, according to the Financial Times.

How does this tie into Apple and car technology? It probably doesn’t.

But Apple CEO Tim Cook recently admitted that the company is developing autonomous systems, calling it the “mother of all AI projects”, and generally enthused about driverless cars.

Moreover, Apple’s main manufacturer, Foxconn, is considering establishing a driverless car research and development facility in the US, according to Electronics Weekly.

Whether cars are fully autonomous or continue as partially autonomous – as in, equipped with ADAS features – they will require a growing amount of chips for a variety of things, including internet connectivity.

Cars are likely to use internet connectivity for mapping and other functions, such as maintenance. Sensors – which often integrate chips in their design – are likely to be attached to virtually every component in the car, collecting operational data on those components, even indicating whether they need fixing or replacing.

What this all means for Apple, Qualcomm, NXP, and even Foxconn, in business terms, is too early to say. There are many companies already scrambling for a piece of what is forecast to be a giant market, the next generation of motoring.

And even the motor will change – from being powered by petrol to being moved by electricity, which also means more chips.

All of these technologies are already present in the market.

And with these technologies developing at such a fast pace, the only things likely to hold things up are legal battles such as the one between Qualcomm and Apple, and politicians.

But lawmakers are catching up now. In the US, they are currently discussing regulations for the testing and operation of fully driverless cars.

A bill allowing automakers to more easily test and operate driverless vehicles has passed the first stage, and is set to be debated in main House chamber.

The stakes are high. China is by far the world’s largest automotive market, and the US and European markets aren’t exactly small either.

The dramatic increase in electronics and computing inside road-going vehicles is probably the motivation for the current posturing of big companies such as Apple, Qualcomm, and Foxconn.