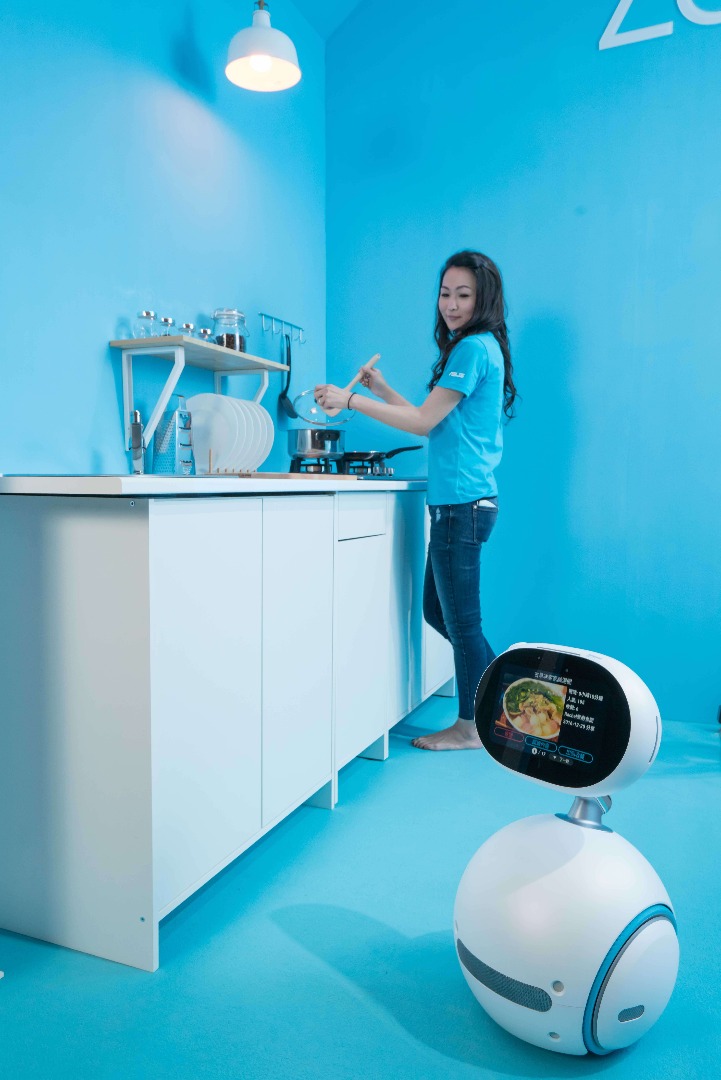 Asus is a company that came to prominence is a many people’s minds through its success in what was at the time a new category of computers: the netbook.

Asus did rather well selling netbook computers, which are basically just really small laptops, barely larger than a large smartphone.

But that was back when smartphones didn’t exist in large numbers. When the iPhone came along, and other smartphones, the idea of owning a tiny computer took on a new meaning.

Nonetheless, netbooks are still going, and so is Asus. But perhaps wanting to create some more media hype like it had during the buzz around netbooks, Asus is preparing to launch its first robot.

Zenbo is a tiny little robot, with wheels, designed for the home, and intended for communication and companionship mainly, rather then being particularly useful in any practical way.

Zenbo is Asus’ first robot, and is designed to provide assistance, entertainment, and companionship to families – mainly through communication.

The Chinese-language edition of Zenbo has been available in Taiwan since January, but the company is making it available worldwide now.

Shih says: “For decades, humans have dreamed of owning such a companion: one that is smart, dear to our hearts, and always at our disposal. Our ambition is to enable robotic computing for every household.”

Shih also says developers and partners from various industries in Taiwan are taking part in the development of Zenbo technology.

Those partners and developers are from sectors such as education, transportation, e-commerce, entertainment, and cleaning, who are working to “extend and enrich” the Zenbo experience through dedicated apps and capabilities.

A special collaboration with the National Police Agency of Taiwan resulted in the development of an app for Zenbo that enables families to contact their local police department in an emergency and speak with an officer using Zenbo’s built-in video calling feature.

Intel’s vice president of the new technology group and general manager of the perceptual computing group, Achin Bhowmik, says: “For nearly 30 years, Intel and Asus have been collaborating to bring some of the most leading innovations in PCs and devices to market.

“We are excited to continue that collaboration on Zenbo, and we look forward to continue working with Asus on enabling intelligent and interactive devices with Intel RealSense technology.”