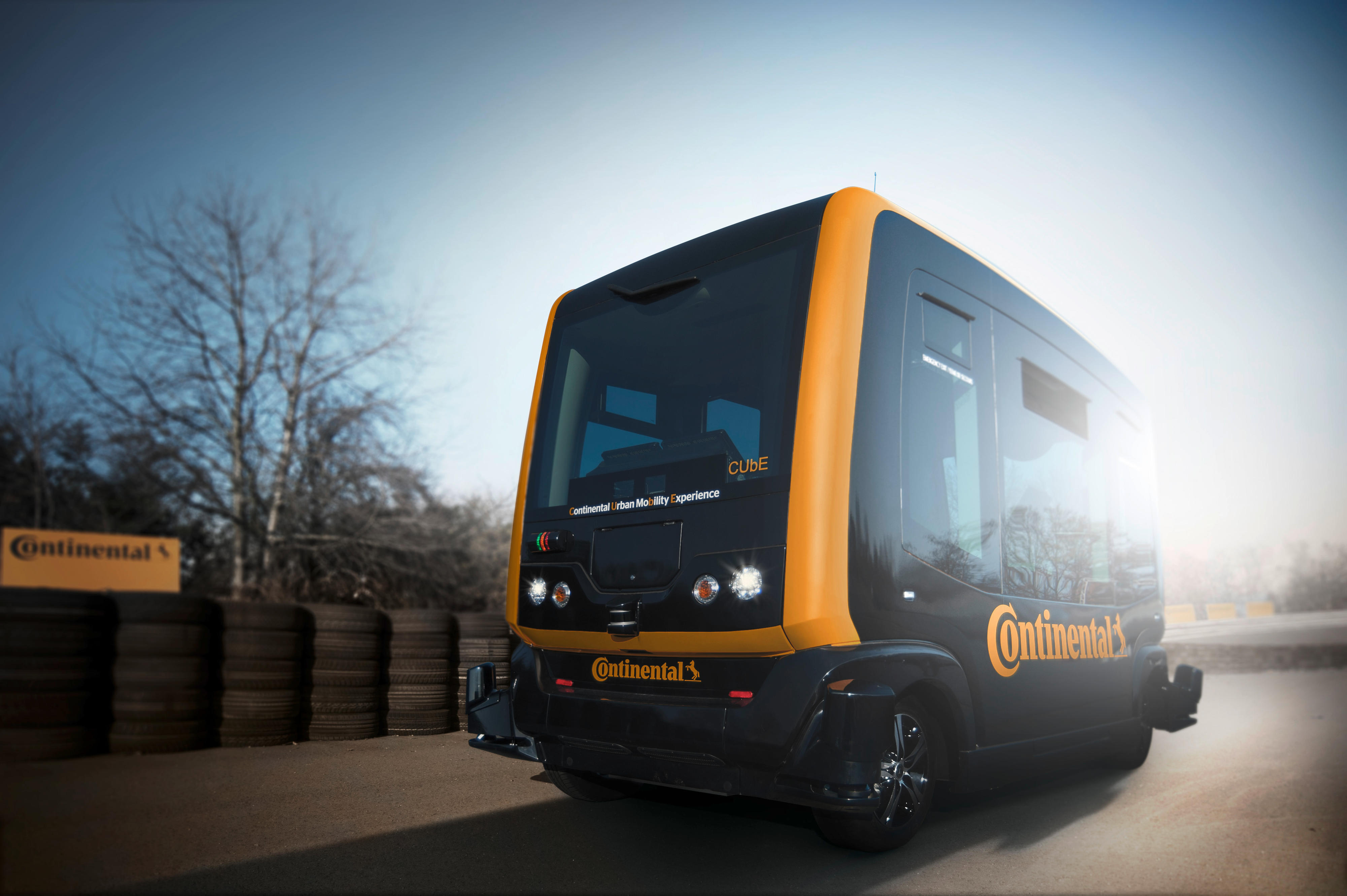 This particular trial of the driverless minibus took place in Frankfurt, Germany.

Dr Andree Hohm, head of the self-driving car project at Continental, says: “The trials will be used to identify all the essential technical requirements that enable safe, driverless passenger transport in urban areas.

“This helps us to find answers to questions about our product strategy and to deliver leading technology for individual mobility in the future – including driverless systems.”

Hohm adds: “Among the many practical topics we are currently exploring are the adequate design of redundant brake systems and the optimal composition of the sensor platform for a robo-taxi.

“It’s much more intelligent operating driverless vehicles as often as possible, than having countless private cars that are often at a standstill up to an average of 23 hours a day occupying valuable space – and that’s space that could perhaps be used for parks and playgrounds.”

Cube is part of a company-wide initiative to accelerate the development of autonomous technologies, in which it has a good start through its strong position in the ADAS market.

ADAS is said to be the same as autonomous technology because it enables the vehicle to do such things as park by itself and brake by itself, but the driver of a car with ADAS is still legally responsible for the operation of the car.

According to some market analysts, Continental is the world’s leading supplier of ADAS, and the company is banking on the autonomous mobility market growing in the coming years.

Frank Jourdan, member of the board of Continental and chairman of the chassis and safety division management board, says: “This is why we’re developing cross-divisional solutions for driverless robo-taxis – and we will be starting with practical testing this year.

“Continental has access to an almost complete product portfolio of its own sensors, actuators, control units and communication and networking technology.”

Continental is one of the many companies will apparently believes autonomous vehicles will reduce the number of accidents on the roads, and reduce congestion.

Such companies also believe the technology is sufficiently advanced for full operation, but governments and regulators – and the general public – do not seem ready to accept large numbers of driverless cars on the roads, especially in busy, urban environments.