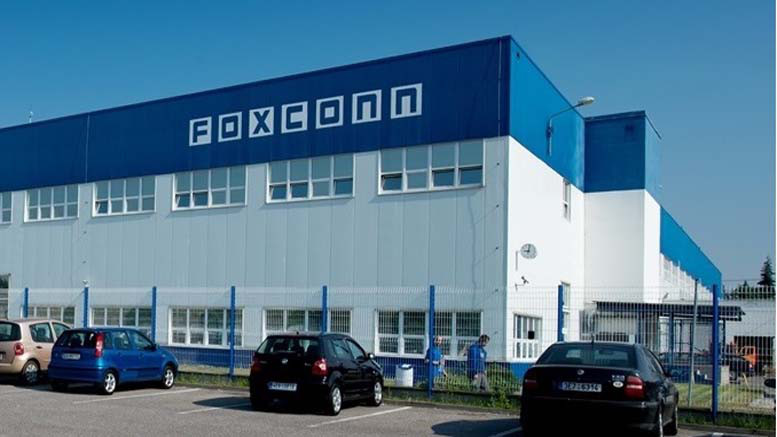 The investment, which is believed to be the largest new greenfield investment made by a foreign-based company in US history, will create 3,000 jobs with the potential to grow to 13,000 new jobs in that state.

It signifies the start of a series of investments by Foxconn in American manufacturing in the coming years.

President Donald Trump and Foxconn CEO Terry Gou made the announcement today at a ceremony at the White House East Room.

Trump said: “This is a great day for American workers and manufacturing – and for everyone who believes in Made in the USA.

The White House Office of American Innovation, led by senior advisor to the President Jared Kushner and assistant to the president Reed Cordish, are said to have played a “pivotal role” in the project.

Governor Walker said: “This is a once-in-a-century opportunity for our state and our country, and Wisconsin is ready.

“We are calling this development ‘Wisconn Valley’, because we believe this will have a transformational effect on Wisconsin just as Silicon Valley transformed the San Francisco Bay Area.

“Foxconn plans to bring the future of high-tech manufacturing to America, and Wisconsin is going to lead the way. We are honored Foxconn chose Wisconsin, and I thank Terry Gou for all he has done to make this happen.”

The new facility, at a site in southeastern Wisconsin to be announced soon, will manufacture LCD panels which will be used in a wide range of consumer technologies, from the latest generation televisions to self-driving cars and aircraft systems and in the fields of education, entertainment, healthcare, advanced manufacturing systems, office automation, interactive retail, and safety, among many others.

Gou said: “We are thrilled to build a state-of-the-art display fabrication plant in America’s heartland. As the first in a series of facilities we will build in several US states, this is part of a bigger plan to create a robust 8K+5G ecosystem in the United States.

“We thank President Trump and Governor Walker for their work to bring Foxconn to Wisconsin and we also thank the Office of American Innovation for providing invaluable support and assistance in making this happen.

“Wisconsin offers a talented, hard-working workforce, and a long track record in advanced manufacturing, all of which presents an extraordinary opportunity.”

Foxconn says the Wisconsin manufacturing facility is a demonstration of its “longstanding commitment to global innovation and economic growth”, and will serve the Midwestern community for generations.

Gou said: “We are committed to realizing ‘Made in America’ by harnessing the potential of our Industry 4.0 vision and Plus Internet strategy.

“This will enable us to drive the advancement of intelligent manufacturing systems, processes and technology, as well as develop innovative products and solutions that allow us to better serve our customers, a group that includes many of the most iconic American technology companies.

“It will also support consumers in enjoying the benefits that the 8K+5G ecosystem – the future in display technology – has to offer.”