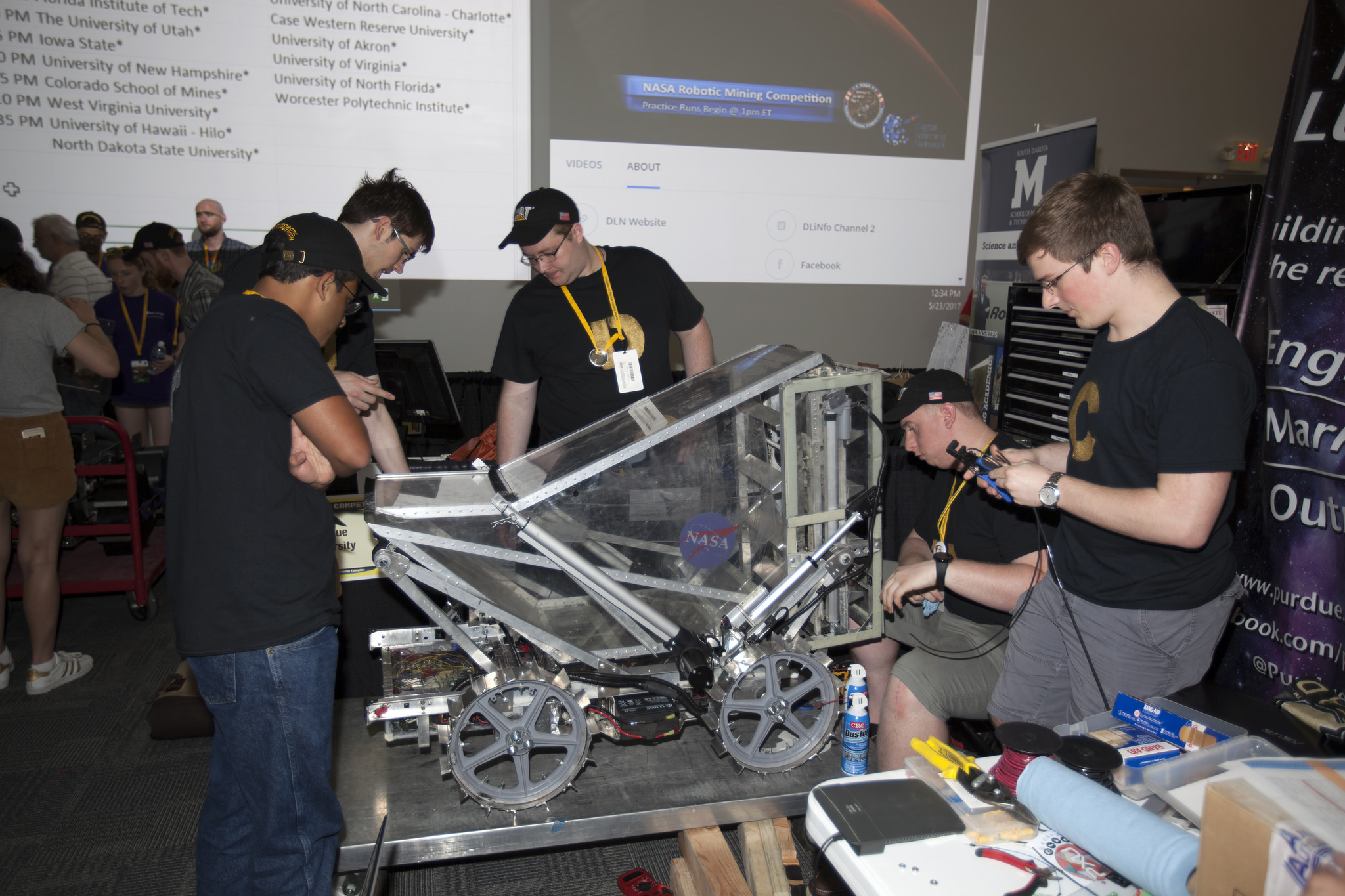 For the past eight years, Nasa has been running a competition to find the team that can develop the best robotic systems to mine the moon.

This year’s winners were announced recently, and Nasa gave out prizes and commendations for about 10 teams.

The discoveries made those 10 teams and all the others that entered the competition may end up in the mining industry here on Earth, long before they even take off for the moon.

The hardware would probably be too expensive to be cost-effective in a lot of mining operations, but the software systems are more likely to move across.

Further development would likely be required to make the hardware more suitable for the mining industry, which already has long-established technologies that work reasonably well.

Another space robotics competition which may yield benefits for the mining industry is the Google Lunar X Prize contest, which offers $30 million in prizes.

Google’s challenges teams to build a system which can land on the moon, travel 500 metres on its surface and transmit back high-definition images to Earth.

Though it may not lead to robots that can dig through rock or anything, the technologies developed for the X Prize may prove useful in the prospecting side of mining.

But just staying in outer space for a moment, and on the subject of robotic technology for mining out there, there is at least one company which investing a lot of money into developing ideas and technologies for mining asteroids.

Planetary Resources probably views the entire asteroid belt as open to mining, and one of the eventual benefits such companies would have for life on Earth is that they are likely to watch asteroids more closely and spot ones that might be hurtling towards us.

Space agencies which monitor asteroids say there are asteroids that travel as close as 16,000 kilometres. Some of them may be tiny and unlikely to even make it to or through Earth’s atmosphere, but one event of that type could cause a lot of damage.

But Planetary Resources’ main aim is to mine asteroids for whatever treasures they have. Space rocks like the ones that have already been collected by a variety of organisations are found to contain high levels of valuable metallic compounds.

According to Planetary Resources, some asteroid contain about 200 times more platinum than an equivalent sized rock on Earth – and that’s not even including the other things, like 540 times more iridium, 150 times more nickel, and four times more iron.

And politicians are starting to take note, with the tiny European state of Luxembourg becoming the first country to pass a law on space mining.

Working within the framework of the 1967 Outer Space Treaty, Luxembourg says its new law will be in force by next month.

“We are appreciative that Luxembourg has taken this critical step towards the long-term sustainability of asteroid mining.”