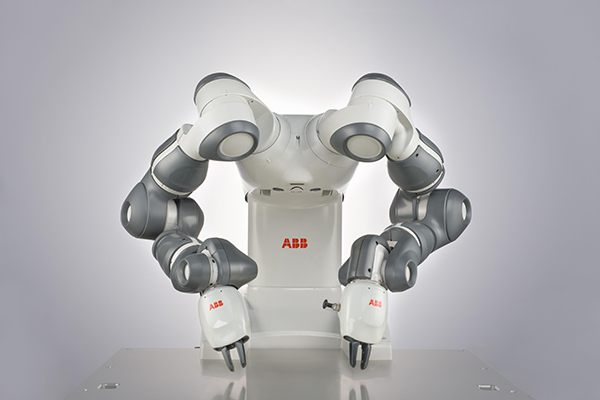 Industrial giant ABB is reporting a 3 per cent growth in total orders across its operation, but most of it seems to be coming from robotics.

Net income was $525 million – for the second quarter ending July 6. Gross profit, however, was down 5 per cent, and was only $1 billion. Total revenues were up 1 per cent at almost $8.5 billion.

ABB CEO Ulrich Spiesshofer says: “In Q2, ABB continued to build its growth momentum as our targeted initiatives are delivering. Order growth was broad-based and across all regions.

“Our industry-leading digital offering, ABB Ability, is taking off and starting to contribute to growth.

“Operational performance in the power grids and industrial automation divisions was solid in the quarter. Electrification products and robotics and motion improved margins sequentially, but were not able to fully compensate commodity price headwinds and overcapacity during the quarter.

“While we are pleased with the growth momentum, especially the double-digit order growth in robotics and motion, we remain firmly focused on further improving operational execution and our cost base.

“The successful completion of the B&R acquisition and the handover of our last legacy off-shore wind project, Dolwin 2, are solid examples of the disciplined execution of our ‘Next Level’ strategy.”

Total orders for the company were 3 per cent higher for the quarter when compared with the same quarter last year.

The company says this “significant increase” was a result of strong performance in robotics and motion and industrial automation.

These sectors “more than offset the decline in electrification products and power grids”, says the company.

Large orders grew 5 per cent – which for some reason converts to 1 percent in US dollars – and represented 8 percent of the total orders, which is unchanged compared with the same quarter a year ago.

A stronger US dollar versus the prior year period resulted in a negative translation impact on reported orders of 3 percent.

“Base orders”, which ABB describes as “below $15 million” increased 3 percent, which was stable in US dollars, improving in robotics and motion, industrial automation and power grids.

Electrification products decreased 1 percent – 4 percent in US dollars – impacted primarily by fewer trading days in the quarter compared with the same period a year ago.

Utilities continued their selective investments, adding new capacity in emerging markets, upgrading the aging power infrastructure in mature markets and integrating renewable energy globally. They are also investing in automation and control solutions to enhance the stability of the grid.

In industry, investments in robotics solutions and the automotive and food and beverage sectors remained positive. Investments in process industries, especially offshore oil and gas, remained subdued. Selective investments in mining, exploration and downstream oil and gas are expected to continue.

Transport & infrastructure demand has been mixed. Demand for building automation solutions as well as solutions involving energy efficiency for rail transport remained strong while the marine sector, except for cruise ships, suffered from a sharp decline due to the subdued oil and gas sector. Electric Vehicle charging remained a highlight in the quarter.

Revenues increased 1 percent in the second quarter and were higher in electrification products and robotics and motion.

Power grids was stable and industrial automation was lower on the reduced order backlog.

Total services and software revenues were stable, although showing as 2 percent lower in US dollars, and represented 17 percent of total revenues, unchanged compared with a year ago.

This margin improved in industrial automation and power grids but decreased in the electrification products and robotics and motion divisions.

This category was impacted by commodity price increases and overcapacity in some businesses which could not offset the positive net savings effect.

Total orders were 14 percent higher – 12 percent in US dollars – as all regions and business units contributed to the significant growth.

Third-party base orders increased 10 percent – 8 percent in US dollars – on continued strong growth in robotics and light industry.

Revenues improved 5 percent – 3 percent in US dollars. The operational earnings before tax and amortisation margin was “impacted by product mix, significantly higher commodity prices and under absorption, which more than offset the cost-out measures”, says ABB.