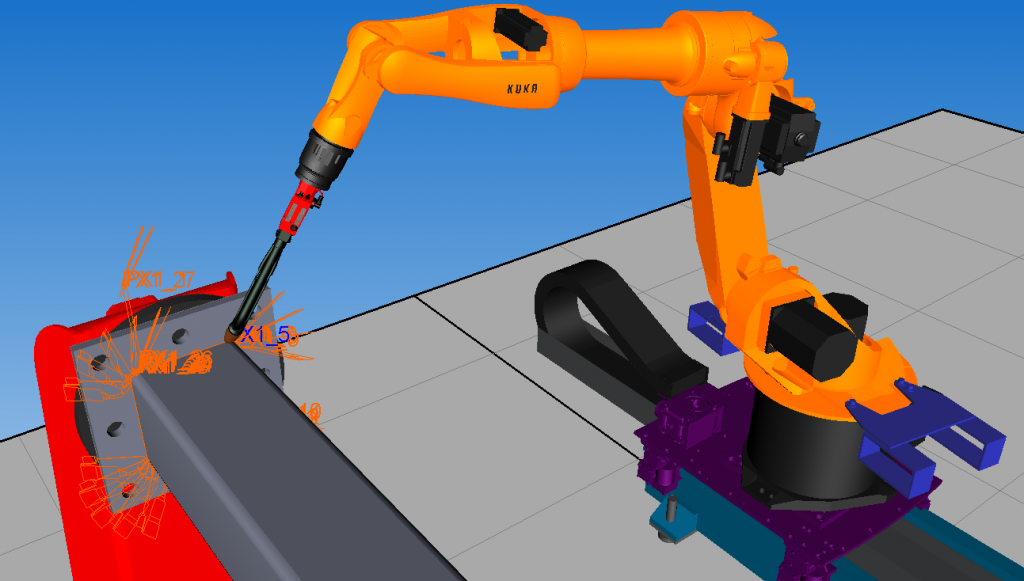 Octopuz has released the latest version of its industrial robot programming and simulation software.

The company says Octopuz 1.7 is packed with new features and enhancements, including robot code importing, NC code importing, an all-new tool manager, and URP program generation for UR robots.

Octopuz has also added something called SmartPath, which provides automated methods of orientating the robot and making changes to solve conflicts.

This update is available to all users currently on maintenance.

Specifically, SmartPath provides users with an automated method for determining the orientation of the robot to complete the path.

It also enables orientation changes are made based on conflicts detected including joint limits, joint multi-turns, collisions and reach limitations.

Other features of the new Octopuz software include:

It also has a positioner alignment tool, which enables import point measurements taken on the actual robot to align the rotary positioner in Octopuz.

The software also has tool on / off commands added to the XML defaults, as well as new kinematic systems and parametric components added to eCat.

Among the computer aided manufacturing featured are a new tool manager, which has a new functionality allowing users to create a tool list to be stored in the virtual cell
environment.

The company says it has improved the interface for Mastercam 2017, has added SolidCAM integration, and NC importing, which gives users the ability to import generic G-Code files intended for CNC machining operation, and the flexibility to create additional controller language support.

The software also has a new Universal PowerPack containing features such as the ability to convert Universal angle output format to Euler/Quaternion, and the facility to update to Universal robot controller in the Octopuz environment.