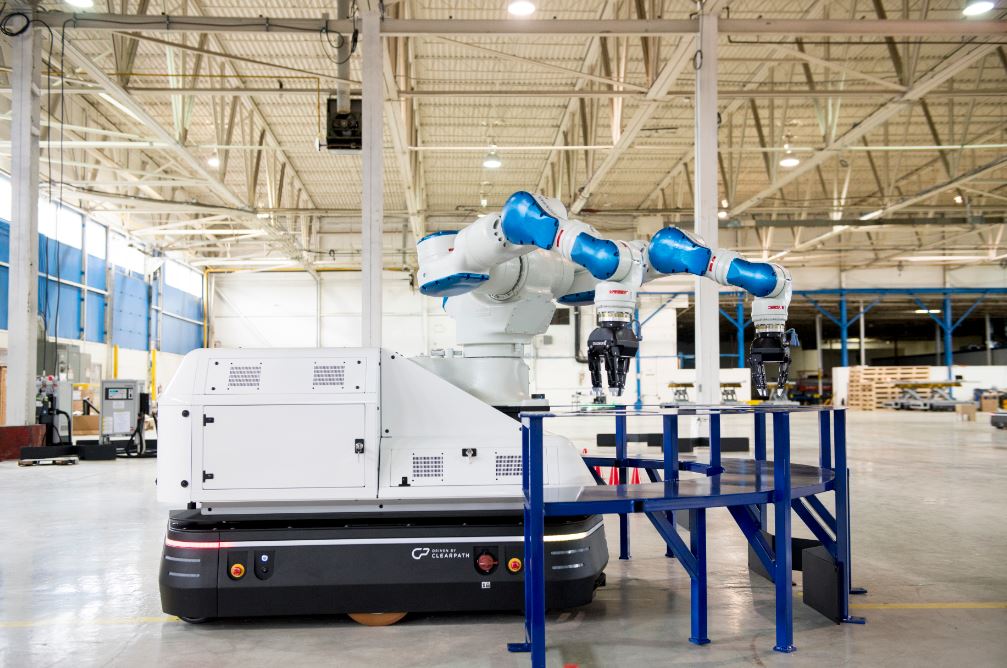 “Lights-out manufacturing” is a term to mean the method of making things in a way that’s entirely automated and does not need humans to be involved in the process.

Of course, humans initially set up the process, build the factory and so on, but the factory which outputs the final product only requires robotics and automation technology.

It’s an idea that has probably been explored in science fiction many times, but in reality, a fully automated factory that needs no human intervention at all is still a distant dream.

However, with the advent of the industrial internet, or Industry 4.0, an increasing number of machines are being connected to computers, and those computers can run programmes which autonomously control and manage hundreds or even thousands of machines and devices which could be working together to produce, for example, automotive components – in a fully automated factory, perhaps.

Hirotec is an automotive components manufacturer which says it has a “fully integrated production system” which encompasses product design, tool development, and mass production.

The company calls its process a “full vertical approach”, rather than lights-out manufacturing, probably because large parts of the process still depend on human workers.

But the company is looking into developing a fully lights-out manufacturing system, and currently uses Yaskawa Motoman dual-arm robots mounted on Otto Motors self-driving vehicles in its production process as a way of realising that vision.

Hirotec is also taking part in a discussion to be transmitted live through a lights-out manufacturing webinar organised by Otto Motors.

From Otto’s point of view, Hirotec’s use of the fully autonomous solution represents only a small piece of the Industry 4.0 puzzle, utilizing mobile computing, artificial intelligence, advanced sensors and emerging technology.

The Hirotec system is used to validate lights-out manufacturing capability, says Otto, as it is connected through Wi-Fi in the factory and is able to run 24/7.

Otto says Hirotec’s vision is “audacious”, and the level of automation the company has achieved so far would have been impossible a couple of decades ago.

The company adds, however, that the road to lights-out remains a long one, but industry’s continued focus on efficient manufacturing processes, paired with advancing technologies and market readiness, make today an “ideal time to reinvent manual processes by using automation”.