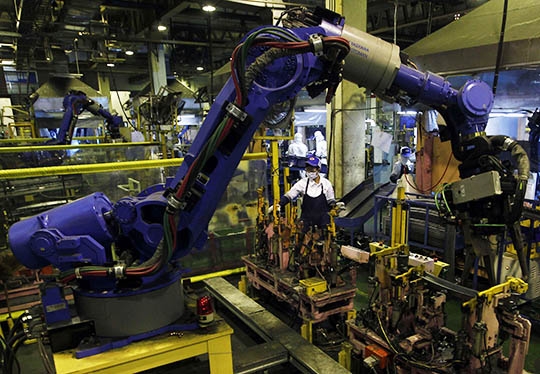 Government incentives and adoption of new technologies are driving the growth of the Malaysian automation and control systems market, according to a new report.

The Malaysian automation and control systems market, one of the biggest for suppliers, is stable and growing, says the study by Frost & Sullivan, which projects the market to be worth more than $409 million in the next four years.

Government incentives to aid manufacturing and infrastructure spend, as well as an established end-user base of sophisticated automation systems, are driving growth in the region.

Nonetheless, barriers to market entry are high. To succeed in a fiercely competitive ecosystem, automation vendors must embrace new technologies, such as Internet of Things, collaborate with developers of machine-to-machine technologies, and improve production capabilities.

“However, as Industrial Internet of things (IIoT) gains significance, such companies will have to collaborate with multiple suppliers and service providers in the value chain to reap the full benefits of the latest technology.”

Frost & Sullivan’s report, Opportunities in Malaysia for Automation and Control System Manufacturers, finds that the total automation and control market in Malaysia will be worth $409 million by 2021.

The study provides an analysis of current and expected market developments, drivers, restraints, and revenue forecasts across segments.

Strategic imperatives for success and growth in Malaysia’s automation and control systems market include:

Krishnan says: “With the proliferation of IIoT and other digital technologies, the chances of a cyberattack on an industrial network increases. In most instances, the levels of readiness and skills to thwart cyberattacks are low.

“Collaborating or partnering with cybersecurity firms will be vital to future success.”