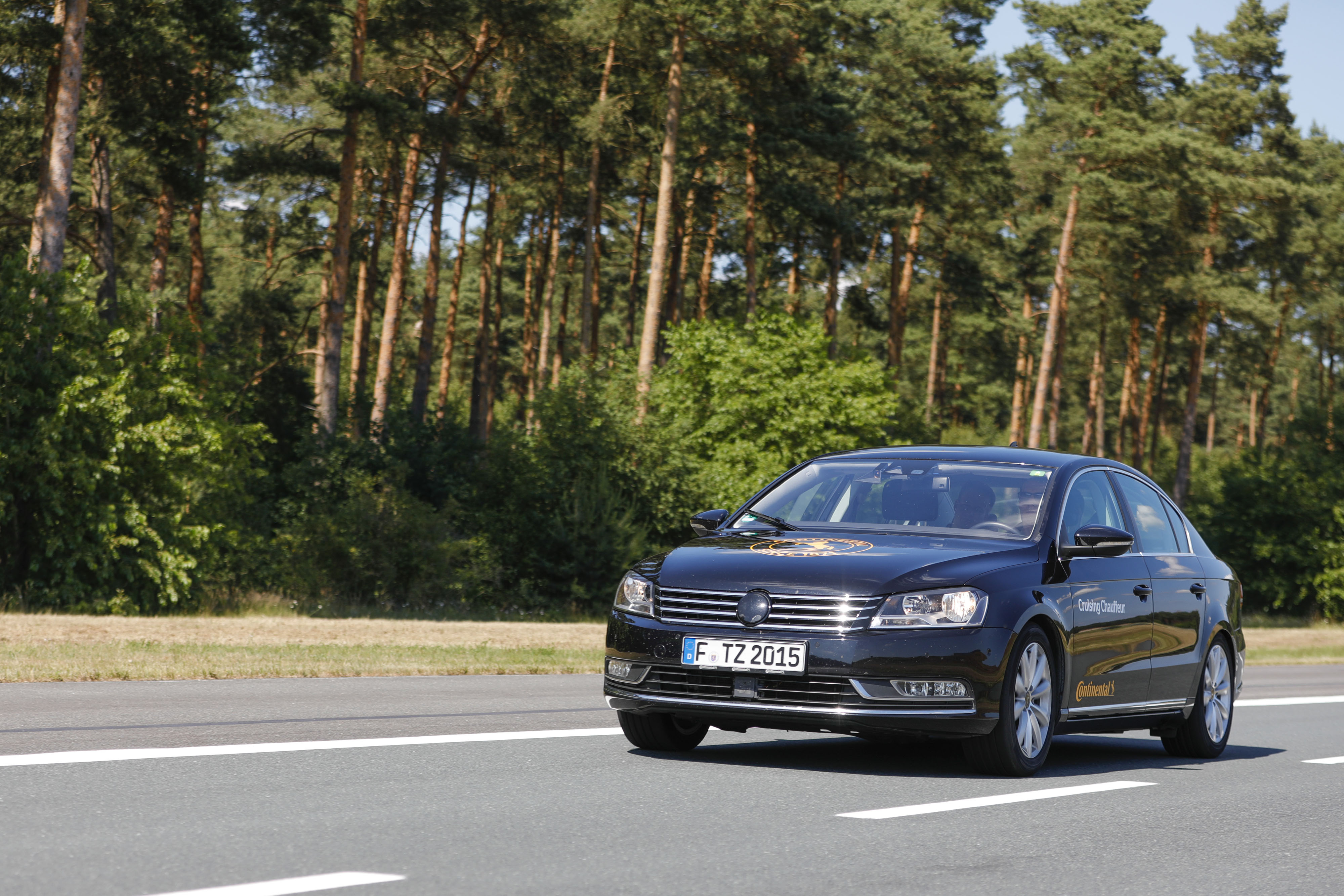 Continental started testing systems for automated driving on public roads back in 2012 in Nevada, and was the first automotive supplier to receive the state’s license to test automated vehicles.

The technology company now has a global fleet of development vehicles in the US, Germany, Japan and China.

The Cruising Chauffeur function gives vehicles the ability to take over the driving task on highways in accordance with the national traffic regulations.

As soon as the vehicle needs to exit the highway, control over the vehicle is transferred back to the driver.

The handover is initiated by a human machine interface, which is also being developed for and tested in Continental’s fleet of automated driving vehicles.

In case the driver fails to respond when prompted to take over, the vehicle identifies a safe and secure area and brings itself out of the flow of traffic by means of a minimum risk maneuver. This function will be part of the Cruising Chauffeur, when it is ready for production in 2020.

Jeremy McClain, head of systems and technology for chassis and safety at Continental North America, says: “Cruising Chauffeur will offer various safety benefits to the drive.

“First and foremost, automated driving prevents human error in everyday driving, while at the same time offering a comfortable ride. Furthermore, Cruising Chauffeur includes an additional fallback mode that conventional vehicles do not have.

“If for whatever reason the driver is not responsive, the Cruising Chauffeur brings the car to a safe stop.”

Continental says human error still accounts for more than 90 percent of all road accidents. Therefore, says the company, automated driving and Cruising Chauffeur is an important factor to achieve “Vision Zero” – the goal of road traffic without fatalities, injuries or accidents.

When Cruising Chauffeur is activated, data from multiple camera, radar and LiDAR sensors is analyzed in a central control unit called Assisted & Automated Driving Control Unit (ADCU) and used to generate a 360-degree model of the vehicle’s surroundings.

In combination with a high-resolution map, the system recognizes all moving and static objects as well as the layout of the roadway ahead.

The vehicle constantly determines its own position with a high degree of precision and with the complete understanding of its environment it is able to identify safe areas to to execute autonomous lane changes and passing maneuvers.

When the vehicle approaches the end of its highway route, the driver is prompted to take over the driving task within a defined timeframe.

The vehicle determines whether the driver is present and ready to take over driving, by using an interior camera and advanced algorithms to analyze and interpret the driver’s gaze pattern.

Through “artificial empathy”, the vehicle calculates the driver’s attention level and can deduce whether the driver is ready to regain the control of the vehicle or if the attention is fully committed to unrelated driving tasks.

Before the minimum risk maneuver is executed, the vehicle tries to grab the driver’s attention to initiate the handover through a series of escalating HMI exchanges.

In addition to optical and acoustic channels, the Cruising Chauffeur can also prompt the driver to take over by using seat vibrations.

Should the driver still not react, the Cruising Chauffeur initiates the minimum risk maneuver, which means that the vehicle automatically drives safely onto the shoulder and stops.

In case of an unavailable shoulder, the vehicle will continue driving with its hazard lights active until it finds a safe area to stop or will slowly come to a stop in the lane it is in.

Ibro Muharemovic, head of the Cruising Chauffeur project at Continental, says: “Unfortunately, health problems are a very common reason why a driver does not react to a handover request.

“Automated driving will put us in a position to effectively help the driver in emergency situations like these.”

A minimum risk maneuver is important not only if the driver fails to respond, but also in the event of a possible technical failure. Potential sensor failures are identified by a safety manager through continuous monitoring.

EB is providing software solutions for safety-related electronic control units, which are a major building block in developing the Cruising Chauffeur.

“The ability to perform a minimum risk maneuver is extremely important for automated driving, as we want to ensure safe driving under all circumstances,” says Muharemovic.

The Cruising Chauffeur has a redundant design so that it can still perform the driving task even if individual components do not function as intended.

In addition to separate networking of different sensor types, this also includes having a Safety Domain Control Unit (SDCU) as a second automation path besides the ADCU.

In case the system reaches a control limit or one type of sensor is not operating as intended, a minimum risk maneuver is automatically initiated.