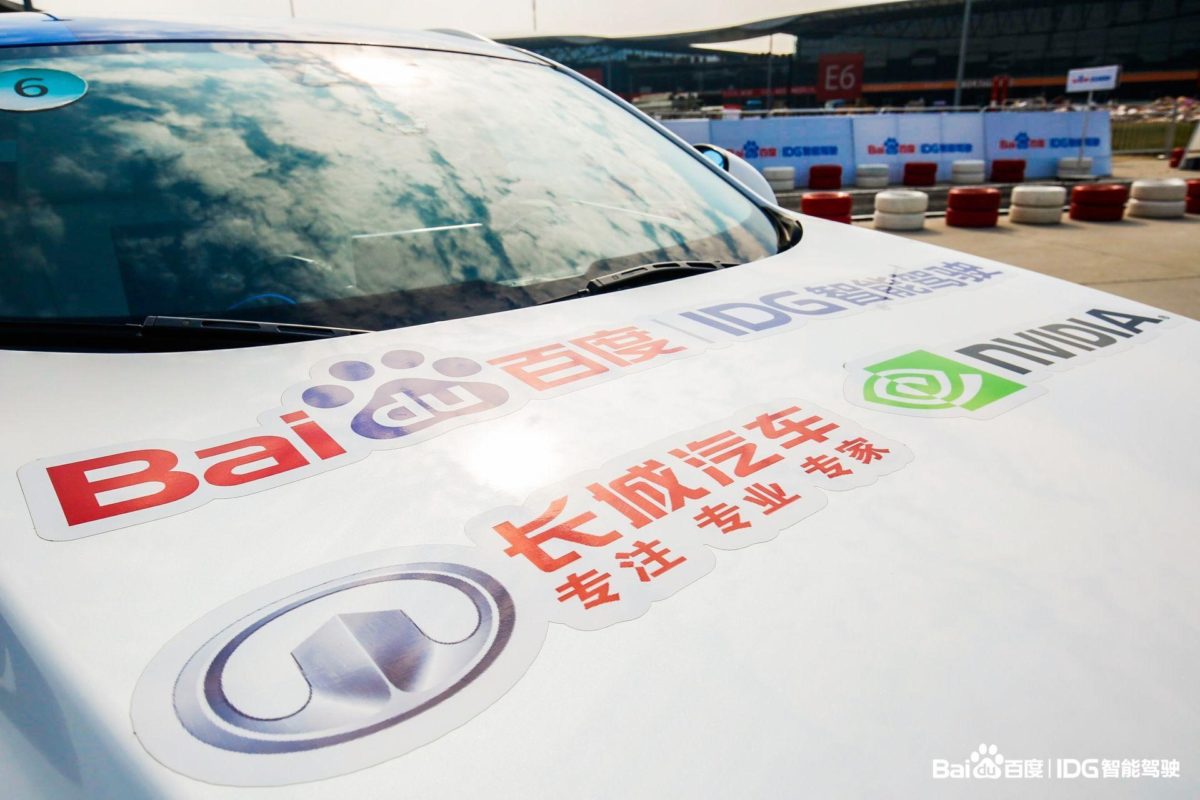 Baidu, which is China’s equivalent of Google, has accelerated the development of its self-driving technology by opening up its software to outside companies.

The Chinese internet search giant has been building its autonomous vehicle operating system for quite some time, testing it on a variety of vehicles in China.

Now it will give away that software for free, probably in an effort to steal a march on global competitors such as Google, Apple and a growing number of other tech companies which are developing artificial intelligence systems which can drive cars all by themselves.

Baidu says it already has 50 partners for its autonomous driving project, and one of them is Nvidia, which itself has been signing up a variety of big-name companies for its own self-driving, which mainly provides an AI computer hardware for the car, on top of which other companies can build their software.

Baidu’s autonomous car project is called Apollo, and the company says it is “one of the largest and most diverse autonomous driving ecosystems” in the world.

Companies which have become members of the Baidu Apollo project come from a variety of backgrounds, from car making to component making and computer hardware and software, and ride-sharing as well. They include:

Qi Lu, Baidu’s group president and COO, says: “Apollo is an important milestone for the automotive industry. It is in essence the Android of the autonomous driving industry, but more open and more powerful.”

He adds: “Apollo is not solely Baidu’s. It belongs to everyone in the ecosystem. And as we and our partners contribute to the platform in our areas of specialty, we all gain more, with the results far greater than just our own.”

The key advantage of working in a partnership such as this is the ability to share data on discoveries and innovations with each other, even though many of the companies in the alliance are actually in competition with each other in the business world.

Baidu says its Apollo platform is an an open platform that provides a comprehensive, secure, and reliable solution that supports all major features and functions of an autonomous vehicle.

The project, named after the historic lunar landing program to illustrate its scale and complexity, consists of cloud services, an open software stack, along with reference hardware and vehicle platforms.

Apollo can bolster the work of any developer in autonomous driving, using high-quality source code and data, which developers can use as much or as little as they wish.

Open source code portions can be modified, and open capability components are accessible through an API that can be replaced with proprietary implementations.

One of the biggest challenges to developing a robust autonomous driving system is having sufficient data to iterate the software and train the AI models.

Robert Hambrick, founder and CEO of AutonomouStuff, said: “The data and technologies Apollo can provide will increase significantly as partners grow.

“This means developers no longer need to do duplicate work developing low-level technologies but can spend more resources on later-stage development, which in turn will greatly accelerate the progress of the autonomous driving industry.”

In a speech at the conference, Pradeep Gupta, senior manager of Autonomous Driving at Nvidia said: “Apollo’s strategy of opening up its resources is a step in the right direction. Through close collaboration with each and every player in the industry, we can more effectively build a new and complete autonomous driving ecosystem.”

Before the kickoff of Baidu Create, Baidu and FAW Group Corporation, a major Chinese carmaker, unveiled a comprehensive cooperation agreement to jointly explore the commercialization of autonomous driving technology.

Qian Li, director of FAW research and development center, said: “FAW and Baidu will work together across products, technologies, services, and other areas to create an “Internet plus car” innovation cooperation model.”