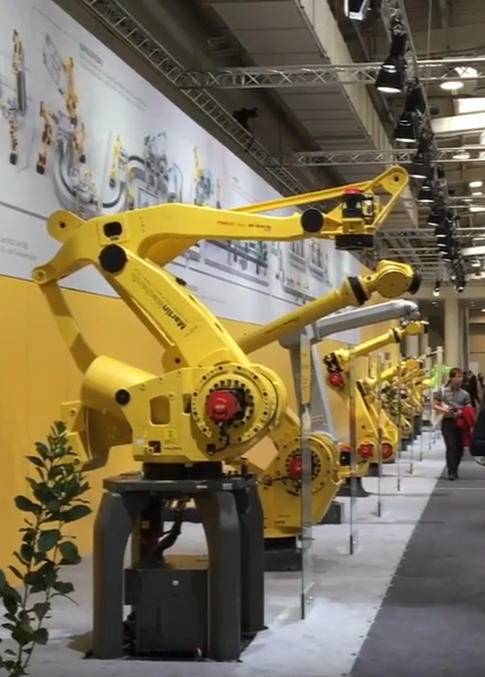 The fast-growing North American robotics and automation market is creating new kinds of jobs, according to the Association for Advancing Automation, or A3.

The association says new technologies, such as collaborative robots and advanced vision systems are driving growth and diversity of employment in the sector.

Jeff Burnstein, who has a number of roles in the association including A3 president, says: “Automation technologies are fueling entirely new categories of jobs – really creating the jobs of the future – in addition to enabling companies to become more productive and create higher-quality products in safer environments.”

The association has organised numerous conferences based around some of the issues raised by the new manufacturing environment, including:

An all-time high total of 9,773 robots valued at approximately $516 million were ordered from North American robotics companies during the first quarter of 2017.

This represents growth of 32 percent in units over the same period in 2016, which held the previous record.

This represents growth of 24 percent in units and five percent in dollars over the same period in 2016.

Burnstein, who is also president of RIA, says: “The automation industry continues to grow robustly as companies invest to increase productivity and boost competitiveness while also providing opportunities for workers.

“We are excited to hear about the new jobs being created and how companies such as Amazon, GM, and others are training and retraining their workforce to enable them to embrace these higher skilled jobs.”

Growth in automotive related industries soared in the first quarter of 2017. Robots ordered by automotive component suppliers were up 53 percent while orders by automotive original equipment manufacturers increased 32 percent.

Another good sign, says A3, for the future of robotics was the continued growth in non-automotive industries such as:

RIA estimates that 250,000 robots are now in use in the United States, the third highest in the world behind Japan and China.

Meanwhile, the machine vision market – which is directly linked to industrial robots – has also been doing well.

North American sales of machine vision systems and components increased 10 per cent year over year to $597 million in the first quarter of 2017, according to new statistics issued by AIA, the industry’s trade group.

The machine vision components category also grew eight percent in the first quarter of 2017 to $85 million. Every individual component category, including cameras, lighting, optics, imaging boards, and software, increased to begin the year.

Alex Shikany, AIA’s director of market analysis, says: “Our most recent survey of industry experts shows that 50% of respondents expect the market to increase over the next six months, 40 per cent predict stagnation, and only 10 per cent are bracing for a decline.

“Vision companies continue to explore new applications in a variety of industries adopting the technology. The move toward smart factories utilizing the industrial internet of things is also providing more opportunities for vision today than ever before.”

AIA president Burnstein says: “The market’s growing interest in vision technology was apparent at our Automate show and conference in Chicago this year.

“There were a record number of vision exhibitors at the show who were displaying cutting edge new vision technology.