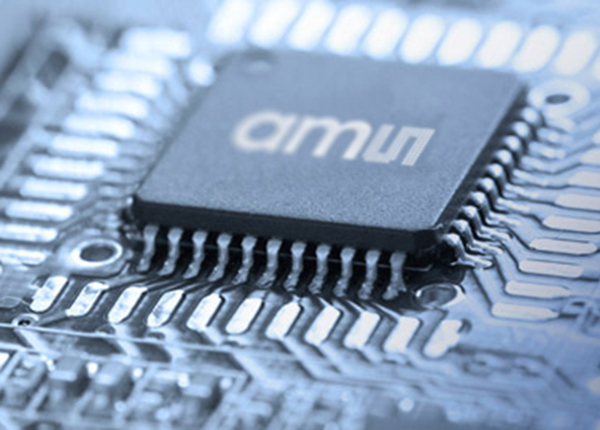 The next industrial revolution is arriving on a shore near you. It’s called Industry 4.0, and like its three predecessors, it’s about to bring sweeping changes to manufacturing that will globally affect everyone.

Industry 4.0, and the resulting manufacturing changes that are coming with it, have spawned a new type of production plant called the smart factory.

Central to the smart factory is the prolific use of autonomous and collaborative robots that work symbiotically with each other and alongside human beings to yield a more productive and efficient manufacturing plant.

Enabling this new breed of robots is an array of fresh and innovative sensors; sensors that provide precision limb movement, 3D vision and other sensing technologies to vastly improve a factory’s production output and quality.

The third industrial revolution, known as Industry 3.0, that spanned the timeframe from the 1960s to the end of the 20th century brought computers and the internet to the factory, as well as introduced the first industrial robots to the production conveyor line.

The automotive industry in particular embraced this new robotic technology, that came mainly in the form of robotic arms.

These robotic arms could lift heavy weights, and quickly move objects from point A to point B on an assembly line. They could also do such specific and repetitive tasks as welding.

However, with all of these early manufacturing robots they lacked precision, intelligence and were non-adaptive to changing environments on the factory floor.

Industry 4.0 is grabbing the baton from the third industrial revolution and sprinting forward in the race to increase the productivity and quality in manufacturing plants, while at the same time lowering costs.

It is doing so by integrating many new technologies into these modern smart factories and coalescing them around a centralized computer system, where all of the components in the factory are connected via an industrial based Ethernet network system. Via this new manufacturing plant infrastructure a factory can record, monitor and initiate action as needed to ensure peak factory productivity.

However, unlike Industry 3.0 where manufacturing robots were more of a byproduct of other technologies with limited capability, robots are the central figure in the Industry 4.0 revolution.

With this fourth generation industrial revolution, autonomous and collaborative robots are performing exceedingly complex tasks with higher precision, and are capable of adapting to changes in manufacturing operations as they arise, often with limited human guidance or intervention.

Moreover, they have increased presense sensing of their immediate environment, and as a result can safely work side by side with humans without the need for protection barriers.

The enabling technology behind industry 4.0 robots

However, it is the advent of many new, small and low cost sensing technologies that are at the heart of these modern and sophisticated autonomous and collaborative industrial robots.

And it is this latter area, sensor technology, that the remainder of this article will focus on, since it is the technology that is ultimately enabling the realization of the smart factory robot and the next industrial revolution.

One of the fundamental requirements of the industrial robotic arm was for it to be capable of moving quickly and precisely in two or three dimensions. To do so, the robotic arm needed multiple segments and joints, and an end-effector for gripping and picking up objects.

It is a similar story with today’s modern autonomous and collaborative robots, however, they often have more than one arm, and an increasing number of types are mobile, either via legs or a torso sitting on pedestal with wheels.

Moreover, many of them have heads that move and rotate on a neck.

Whether it be the original industrial robotic arm, or today’s modern industrial robot, each joint within the robot requires a motor and gear mechanism to enable limb movement, be it an arm, leg or head.

And with each motor/gear mechanism one or two encoder position sensors are required for providing motor commutation feedback and rotary joint gear position.

They are also ideal for working in harsh surroundings, including magnetically noisy environments, typically found in manufacturing facilities.

Vision sensing sits at the top of the pyramid when it comes to spatial sensing. Vision sensing is crucial in enabling a robot to perform tasks safely and reliably, identify objects, navigage and avoid obstacles.

The industrial robot market has been using 2D cameras for years due to their relatively low cost.

However there have been many advancements in 2D camera technology in recent years, both in terms of miniaturization and improving image quality, that have enabled today’s smart factory robots to have effectively better vision and perform more intricate tasks.

Optical 3D vision stereo cameras and Lidar sensor technology are also being integrated into smart factory robots to provide them with the ability to create dynamic three dimensional maps of their immediate surroundings.

This 3D imaging enables the robots to operate and move with increased precision and safety, avoid obstacles in their path, and to perform their primary tasks better, such as picking up and moving objects.

3D vision stereo sensors are realized by placing two traditional 2D video cameras at different angles to one another on the robot, or similarly doing so with laser scanners, for example Lidar.

Lidar offers high resolution 3D mapping capabilities, but it is currently very expensive. This said, Lidar costs are dropping and there are a number of companies working diligently to produce even lower cost Lidar solutions.

3D stereo sensor solutions using 2D video cameras, on the other hand, is still believed to offer great potential in yielding cost effective 3D mapping solutions. Time will tell who will dominate, but most likely both will play a role in future smart factory robots.

Like their counterparts used in vehicles when backing up, ultrasonic sensors in smart factory robots are used to detect obstacles in their near vicinity and preventing them from bumping into walls, objects, other robots, and human beings.

Moreover they can play a role in the robot performing its major functional tasks.

Ultrasonic sensors have a limited range that spans from about one centimeter to a couple of meters, and have a maximum direction cone of approximately 30 degrees.

They are relatively low cost and have good accuracy at close ranges, but their accuracy drops off with increasing range and measurement angle.

They are also susceptible to temperature and pressure changes, and interference from other nearby robots using ultrasonic sensors tuned to the same frequencies, however, when used in combination with other pre-sense sensors they provide useful and reliable position information.

They ensured just the right amount of pressure, or force, was applied to the end-effector grippers so that they didn’t accidentally break or drop the object when gripping and picking it up.

Force torque sensors still perform this same function in today’s smart factory robots. However, they are also now found in other parts of the robot, such as in their arms, legs and torso.

When a force torque sensor, for example, in a robot arm senses a sudden and unexpected force due to the arm bumping into an object its controlling safety software can cause the arm to stop its motion, and retract its position.

To conclude, as a result of all off these new and innovative sensor technologies, today’s smart factory robots can operate more independently and safely.

In addition, due to dramatic improvements in computing power and software, and working in concert with these new sensor technologies, the smart factory robot can easily adapt to supporting a wide array of production applications.

Moreover, they can perform their tasks more precisely and quickly than their third industrial revolution predecessors. And lastly, today’s smart factory robot can work more independently and collaboratively with humans in a wider array of manufacturing environments.

About the author: Mark Donovan is a senior product marketing manager for AMS’ position sensors business Line. Donovan has more than 30 years of industry experience in magnetic sensing, telecom, and radar signal processing, and holds eight patents in magnetic position sensing, radar signal processing and telecom communications. Donovan also holds a Bachelor of Science degree in Electrical Engineering from the University of Massachusetts, Lowell, as well as an MBA from Southern New Hampshire University.