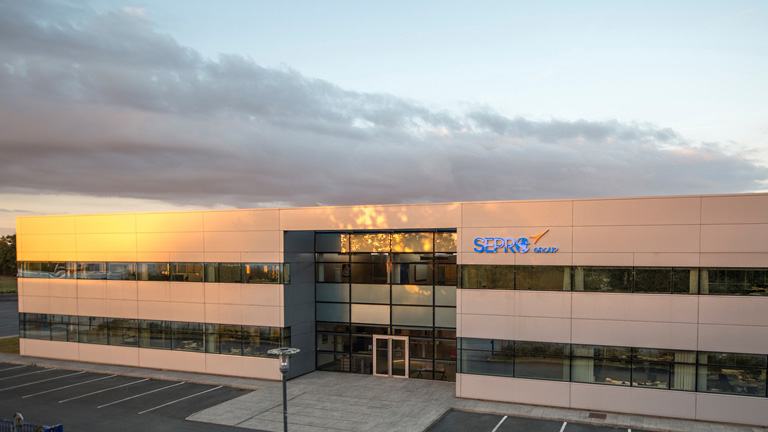 The Sepro Group has embarked on an €11 million expansion plan which will accelerate its robot operations in France and the US.

In the US, the plan will add large-robot assembly capabilities to the systems integration and service operations already in place at the Sepro America operation in Pittsburgh, Pennsylvania.

Sepro claims to be the largest maker of robots in France and also says it is a leading global supplier of 3-, 5- and 6-axis robots used in the automation of plastics injection molding machines.

All of that growth means one thing, says the company. “We have reached the limits of our production capacity and we need to invest,” says Jean Michel Renaudeau, CEO of Sepro Group.

The expansion of Sepro Group’s corporate headquarters and production facility in La Roche-sur-Yon, from its current 13,000 sq meters to nearly 20,000 sq meters, will take place until summer 2018.

A key element of the expansion is the plan to separate robot manufacturing from robot integration workflow.

This change, together with added space, will increase production capacity for Sepro 3-, 5-, and 6-axis robots from 3,000 to 5,000 units annually.

The company operates three other integration centers as well: one at its Sepro America subsidiary for the North American market, one in Germany at the Sepro subsidiary, and one in China.

Offices will also be expanded and, in line with Sepro’s plan to connecting not only robots and molding machines but also people and ideas, the company will create a dedicated “innovation space” in its headquarters building.

Large robot assembly in North America In the fourth quarter of 2017, Sepro’s investment plan calls for expansion of the Sepro America facility in Pittsburgh to allow assembly of large robots.

Adding assembly capabilities represents the next logical step in growth for the facility, which is already a hub for systems integration and the assembly of complex automation cells in North America.

The expansion will help optimize delivery schedules in North America clients, while achieving savings in logistics and transport.

The current expansion will support assembly of robots designed for use with injectionmolding machines of 800 tons or more that are bound for clients in the US, Canada or Mexico.

It will more than double the assembly and production area of the facility, increasing it from 900 sq m to 2,000 sq m.

The second phase of Sepro’s expansion in France will relocate its training center from the current headquarters site to a new 800-sq-meter facility, in the nearby municipality of La Roche-sur-Yon.

The new center, which will include five training rooms with eight full-time trainers, will be located within a new open, cooperative campus that is being developed as a regional center of excellence for robotics and manufacturing by the Pays de la Loire region of France and Oryon, a local economic development group.

The move is part of a partnership strategy that Sepro has implemented in recent years to create stronger links with local and regional organizations, educational institutions, and technology leaders throughout the world.

Sepro trainers plan to move into the new training center in summer 2018 and begin training up to 1,500 course participants annually, a 50 per cent increase over existing enrollments.

The center will house some 25 robots, including 3-, 5-, and 6-axis robots from Sepro, Sepro-Stäubli, and Sepro-Yaskawa, and offer trainees a wide variety of hands-on programming experiences.

When completed, the new center will be the newest of the company’s training centers, which are also located in Oyonnax (Ain/France), Dietzenbach (Germany), in Pittsburgh and near Chicago (USA).

In, addition, and in keeping with Sepro’s global digital strategy, new e-learning and blended-learning services also will be launched in 2018.