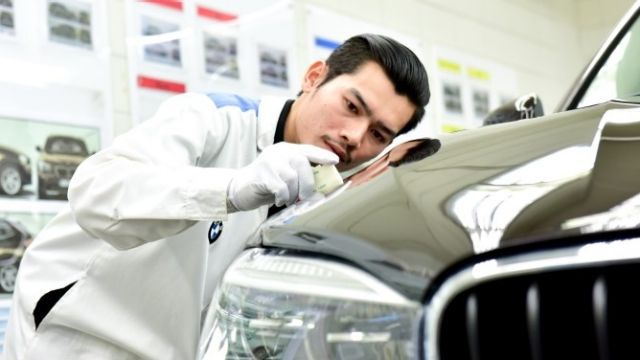 Managing an economy today is not easy. But managing it for tomorrow? Now that’s a real challenge. It’s one that the government in Thailand is tackling head on, with a raft of new policies aimed at future-proofing its workforce and industry, particularly in the automotive, robotics, and aerospace sectors.

The measures, known collectively as Thailand 4.0, are centered on incentivizing foreign direct investment and nurturing innovation for 10 key future-focused industries.

The goal is to foster an ecosystem that promotes emerging technology, innovation, and creativity within each of these sectors.

The efforts range from existing areas of strength in Thailand’s economy – like its automotive and electronics industries – to next generation target industries like aerospace and robotics.

Thailand 4.0 comes as part of a broader and concerted spending effort – including a huge boost in infrastructure investment. The goal here is to stoke economic growth and create new long-term opportunities, powering Thailand out of the dreaded middle income trap.

With the establishment of the Asean economic community, which brings together 600 million Southeast Asian people, the timing for smart investment couldn’t be better. New technologies are transforming the economics and business models of tomorrow.

Thailand’s geographic accessibility puts it in a pole position to service this emerging block of new consumers. And at the same time, the country is integrating advanced industrial IoT technology with an increasingly robust infrastructure stack such as high speed rail, a massive new air hub, and improved deep-sea ports.

The newly minted Eastern Economic Corridor will be backstopped by a minimum of $8.5 billion in state funding as a first step.

Alongside its proximity to Bangkok, the EEC will bring together a mix of future-focused industry leaders, advanced higher learning institutes, spacious industrial complexes, and strategic access to Asean and its trading partners, all of which is expected to pave the way for increased and easier FDI.

Today, many of the world’s biggest car makers rely on Thai factories and workers to power their regional production.

Attractive new enticements under the 4.0 policy promise to bring next-generation automotive industry to Thailand too, with world-class companies like BMW already weighing fresh investments in advanced battery factories, and various other companies working on advancements in electric, solar and hydrogen car technologies.

Boosting eco-friendly production is not solely altruistic: The Thai government understands a higher-value green auto portfolio will be key not only to improving the environment, but also to future sales in a world of tightening emission standards.

And building up a higher skilled workforce will also ensure top tier manufacturers continue to invest in the country.

A move towards robotics

Thailand’s bold moves up the value chain in the automotive space offer a blueprint for success in other innovation heavy sectors. The robotics industry is an obvious choice, given its growth prospects and how interlinked automation is with modern auto production.

According to the International Labor Organization, 60 per cent of top tier automakers in Asean are currently ramping up automation.

While low-skilled jobs will increasingly be replaced by more safe and consistent robotic devices, the Thai government understands there’s no need to fear automation.

Instead, investments and incentives are being offered to attract robotics firms, with the aim of building jobs in servicing, manufacturing, and designing these new tools.

Airlines come for the beaches… and the aircraft engineering talent

This value-leaping strategy is also evident in the aerospace sector, another key focal point of the Thailand 4.0 program. With pristine beaches and fantastic food, the country is a huge draw for sun-loving foreign visitors.

An increasing number of these inbound aircrafts extend their visit for a pit stop at top-notch engine and body maintenance centers.

And with so much engineering talent from the automotive sector, foreign component makers are happily plowing in more money into Thai aerospace production and maintenance, repair, and overhaul.

With generous new tax incentives, a proven industrial base, and a large talent pool, Thailand is on track to become a regional aerospace hub as well.

Thailand is laying the strategic groundwork for a new value-based economy. Success will rely on the strength of new ideas and a commitment to building a better tomorrow.

More and more multinationals are beginning to clue in, tapping Thailand’s emerging middle class of engineering and research talent to power innovation.