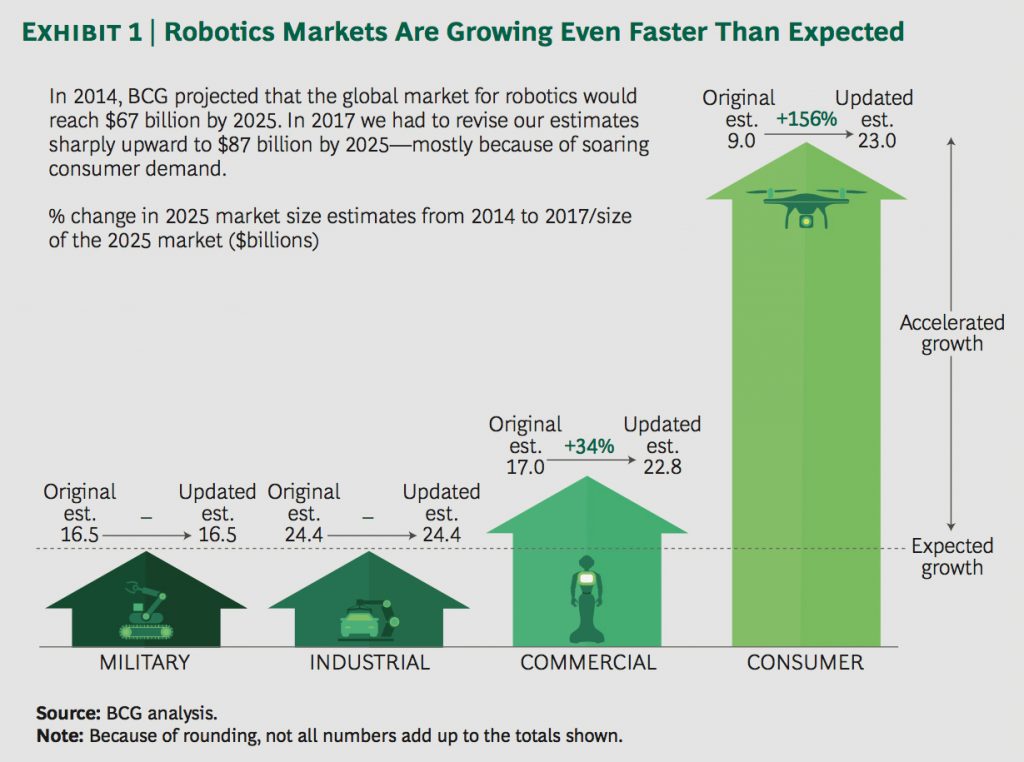 The global market for robotics is growing far faster than expected and is projected to reach $87 billion by 2025, according to new research by the Boston Consulting Group.

Updating its previous estimate of $67 billion from three years ago, the management consulting firm recently revised its forecast sharply higher, mostly because of soaring consumer demand.

In a new paper released today, Gaining Robotics Advantage, BCG projects an additional $14 billion of growth in the consumer sector to $23 billion, an increase of 156 per cent over its earlier estimate.  END_OF_DOCUMENT_TOKEN_TO_BE_REPLACED