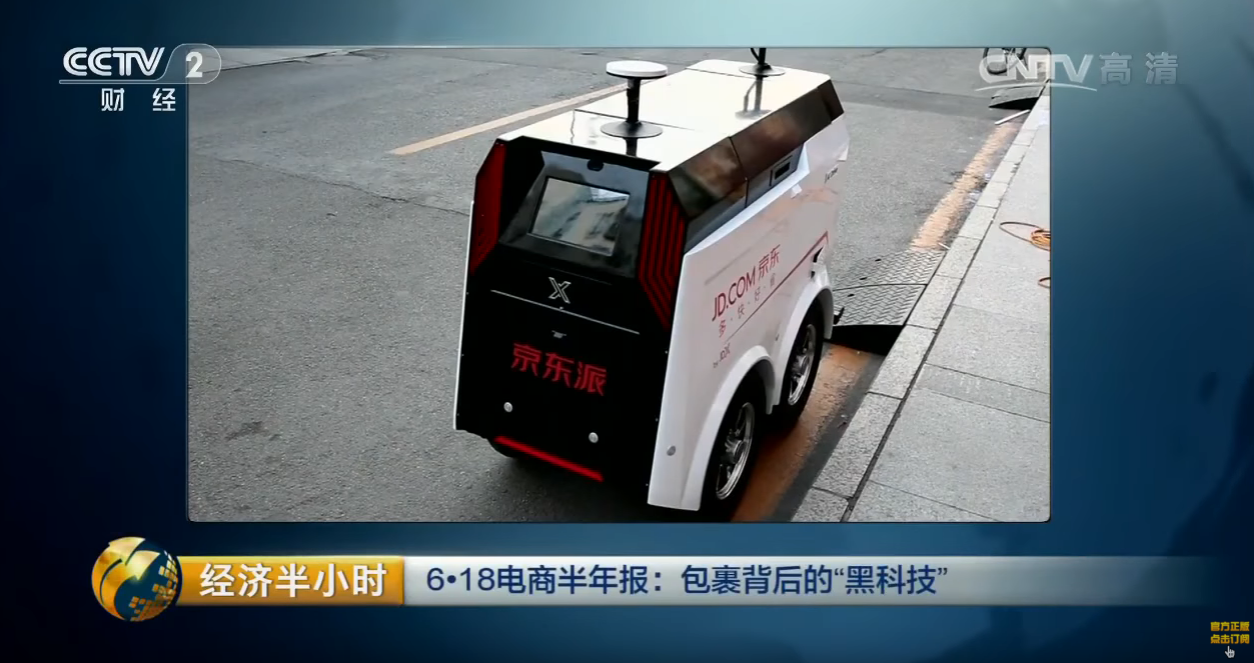 One of China’s largest online shopping companies has started to deliver goods to its customers using robots, according to a report in QZ.com.

The four-wheeled autonomous vehicle (pictured above) is about the size of a washing machine and was developed by Jingdong, or JD.com as it’s also known in China.

And although the robot was used for the first time earlier this week, JD’s chairman, Liu Qiangdong, says the company could completely roboticise its entire logistics process within a few years.

The company already uses small autonomous vehicles in its logistics warehouses to move goods around (pictured below).

He adds: “With the accumulation of our technology in recent years, we have confidence about five to eight years or so, basically can be achieved.”

In further comments published on the Chinese-language website ThePaper.cn, Liu says JD’s vision is to complete a technology transformation which will create “an intelligent business body”.

JD.com employs around 122,000 people and reported annual revenues of approximately $38 billion in 2016.