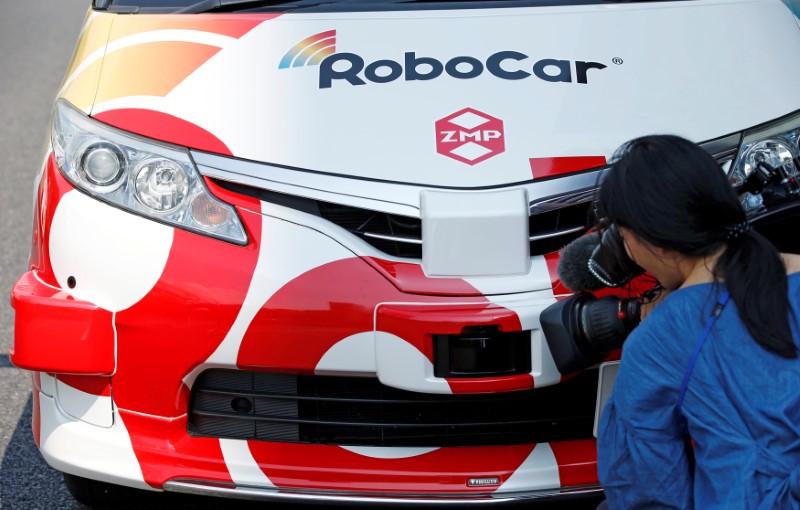 Japanese robotics maker ZMP has partnered with a taxi operator in Tokyo, as part of its plans to launch a self-driving taxi in the city in time for the 2020 Olympics, said CEO Hisashi Taniguchi.

Japan’s taxi industry, faced with a labour crunch due to an ageing population, has been looking at new technologies to drive growth. The sector may also have to deal with more competition in the future if the government allows ride-sharing services such as Uber to operate across the country.

“Autonomous taxis and the taxi industry can grow and prosper together,” Taniguchi told reporters, after announcing ZMP’s partnership with Hinomaru Kotsu.

Hinomaru said it had 607 cars and that it was one of the top ten Tokyo taxi firms by fleet size.

“We have been trying to improve diversity by hiring more new graduates, women and foreigners, but this will not be enough to ease labour shortages,” Hinomaru president Kazutaka Tomita said.

“We will have to compensate for the lack of supply by using autonomous driving technology.”

ZMP is developing automated driving hardware and software based on laser and stereo cameras, which it hopes to sell to transportation companies and automakers.

In a country famous as much for its auto industry as its fascination with robots, ZMP is one of a few start-ups developing self-driving cars to compete with foreign firms including US’ nuTonomy and China’s Future Mobility.

ZMP has been testing self-driving vehicles that also have someone in the driving seat on Tokyo roads since 2016, and is planning to set up a fleet of such taxis to ferry athletes and guests around the city for the 2020 Tokyo Olympics.

It hopes to test autonomous cars without a driver this year.

He had said in February that ZMP hoped to list in Tokyo in the coming months, after a delay last year due to client information being leaked on to the internet.

ZMP’s self-driving taxi plans hit a bump earlier this year when it lost its partnership with gaming software developer DeNA, which paired up instead with Nissan Motor to develop services for autonomous driving cars.

A handful of taxi operators have partnered with Toyota to share data on traffic and driving logs as the automaker considers developing self-driving taxi services.