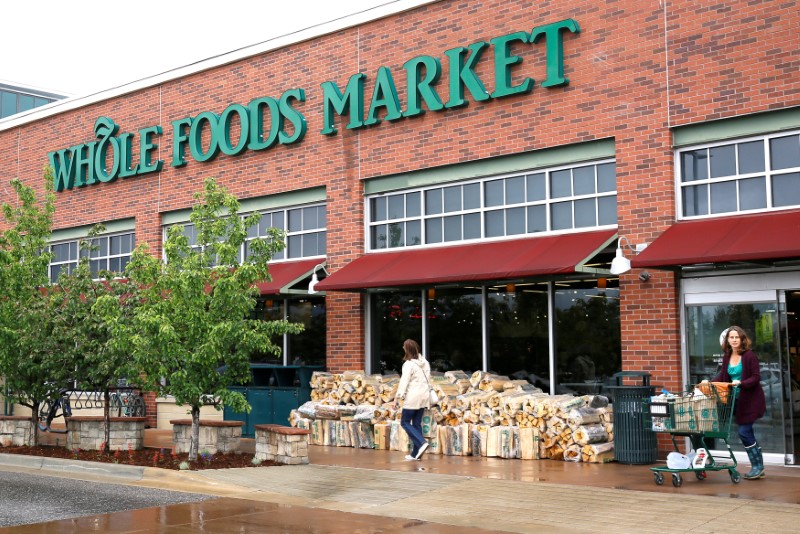 The merger that shook food and retail stocks on Friday – Amazon’s proposed deal to buy Whole Foods Market – rattled some employees of the upscale grocery chain who expressed fears ranging from layoffs to the loss of their laid-back corporate culture.

The online retailer hopes the $13.7 billion acquisition helps it disrupt the grocery business and expand its real-world store footprint.

Carmen Clark, 37, a six-year employee at a store in Mount Pleasant, South Carolina, said some workers worry that Amazon-led automation could lead to job cuts.

“Everybody’s been kind of joking that it’s going to be robots and drones,” Clark said of potential changes from Amazon, which uses robots in its warehouses and is testing drones for delivery.

But she is giving Amazon the benefit of the doubt. “I have purchased from Amazon for five years. It’s a good company,” she said.

Reuters approached a dozen employees in California, New York, Illinois, South Carolina and Rhode Island. Many said they had been told by managers not to speak to reporters.

Whole Foods recently overhauled its board and redoubled cost-cutting efforts, seeking to change a high-price image that has tagged it with the nickname “Whole Paycheck”.

But Whole Foods has lost market share to rivals Kroger, Wal-Mart, Costco and others that have elbowed into the natural and organic segment Whole Foods pioneered.

Some workers at the nonunion grocery chain wondered whether Amazon, known for its hard-driving culture, would mean big changes to their pay, benefits or employment.

“I think that they are a very profit-driven company, so there might be some streamlining as far as labour,” said Sasha Hardin, 28, of the Mount Pleasant store, who has been with Whole Foods for 6-1/2 years.

A Los Angeles deli worker in his 30s, who is expecting his first child this summer, is worried about layoffs. “I want to keep working,” said the worker, who did not want his name used.

Whole Foods has a corporate culture that prizes inclusive decision-making, such as allowing workers to vote on benefits every three years and disclosing executive pay.

“I’ve heard that Amazon’s culture is really cutthroat. That worries me,” one bagger at a Providence, Rhode Island, store said.

At least one customer was concerned that an Amazon purchase would further distance Whole Foods from its roots as a purveyor of premium, organic and specialty foods.