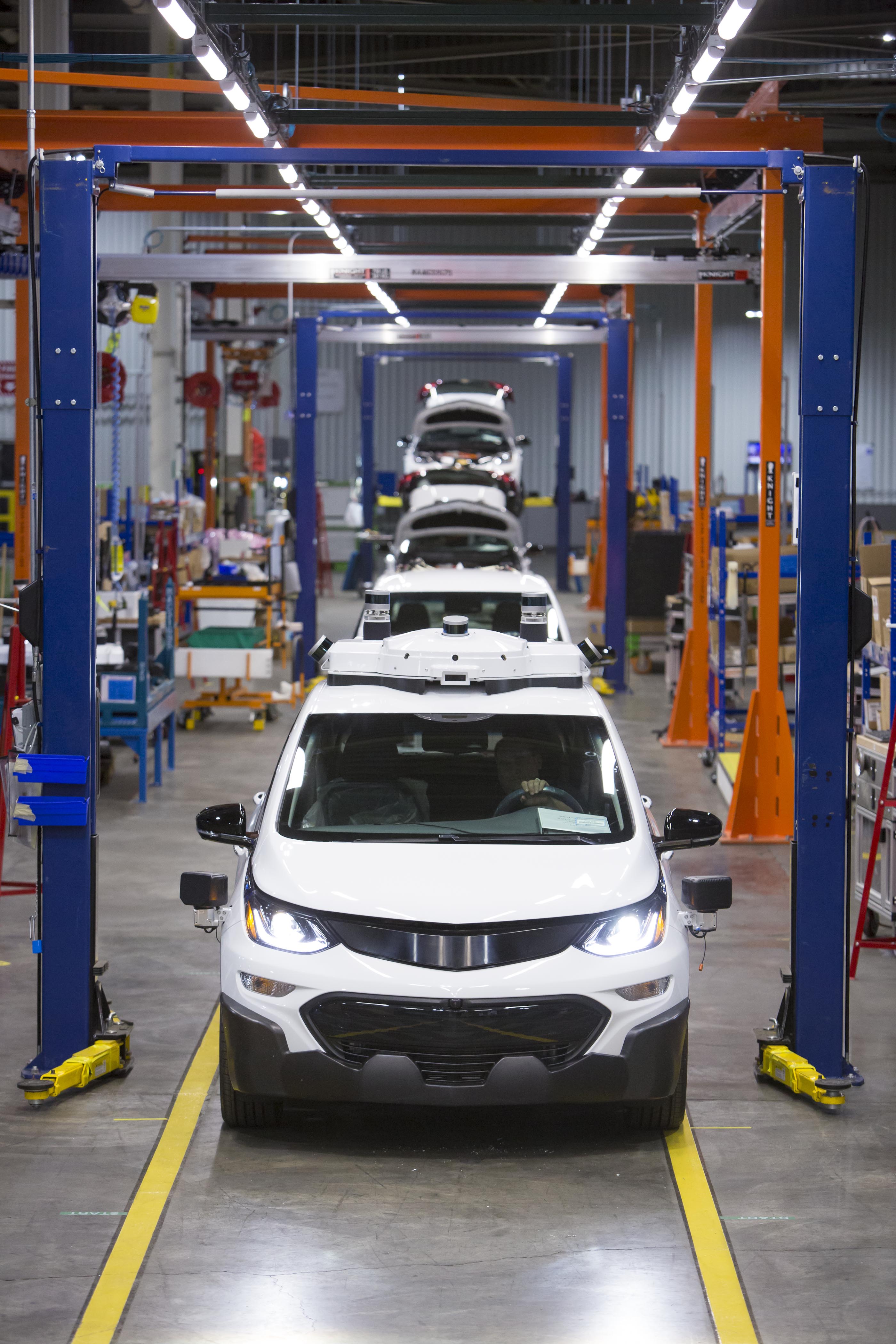 General Motors says it has completed production of 130 Chevrolet Bolt EV test vehicles equipped with its next generation of self-driving technology at its Orion Assembly Plant located in Orion Township, Michigan.

GM CEO Mary Barra says: “This production milestone brings us one step closer to making our vision of personal mobility a reality.

“Expansion of our real-world test fleet will help ensure that our self-driving vehicles meet the same strict standards for safety and quality that we build into all of our vehicles.”

GM claims to have become the first company to assemble self-driving test vehicles in a mass-production facility when its next generation of self-driving Chevrolet Bolt EV test vehicles began rolling off of the line at Orion Township in January.

The self-driving Chevrolet Bolt EVs feature GM’s latest array of equipment, including LiDAR, cameras, sensors and other hardware designed to accelerate development of a safe and reliable fully autonomous vehicle.

She adds: “The level of integration in these test vehicles is on par with any of our production vehicles, and that is a great advantage for us.

“In fact, no other company today has the unique and necessary combination of technology, engineering and manufacturing ability to build autonomous vehicles at scale.

“As a result, these self-driving Bolt EV test vehicles leave this factory as state-of-the-art autonomous vehicles.”

Barra is one of the many senior automotive executives who believe autonomous cars will lead to fewer accidents on the roads. “More than 90 per cent of crashes are attributable to human error, and that is something that autonomous vehicles have the potential to eliminate.”

While that remains to be seen over many years going forward, what’s clear now is that these new autonomous and electric cars are having to pack a huge amount of entirely new technologies.

The array of new technologies, says Barra, which includes “the LiDAR, cameras, sensors and other hardware – represents a substantial leap forward in autonomous technology and capability”.

“It will provide GM engineers with more data and faster processing speeds to adapt and problem solve in real time,” she adds

Cruise Automation CEO Kyle Vogt says: “To achieve what we want from self-driving cars, we must deploy them at scale.

“By developing the next-generation self-driving platform in San Francisco and manufacturing these cars in Michigan, we are creating the safest and most consistent conditions to bring our cars to the most challenging urban roads that we can find.”

GM bought Cruise Automation a few months back and together the engineers have been testing Chevrolet Bolt EVs equipped with self-driving technology on public roads in San Francisco and Scottsdale, Arizona, since June 2016 and on public roads in Warren, Michigan, since January 2017.