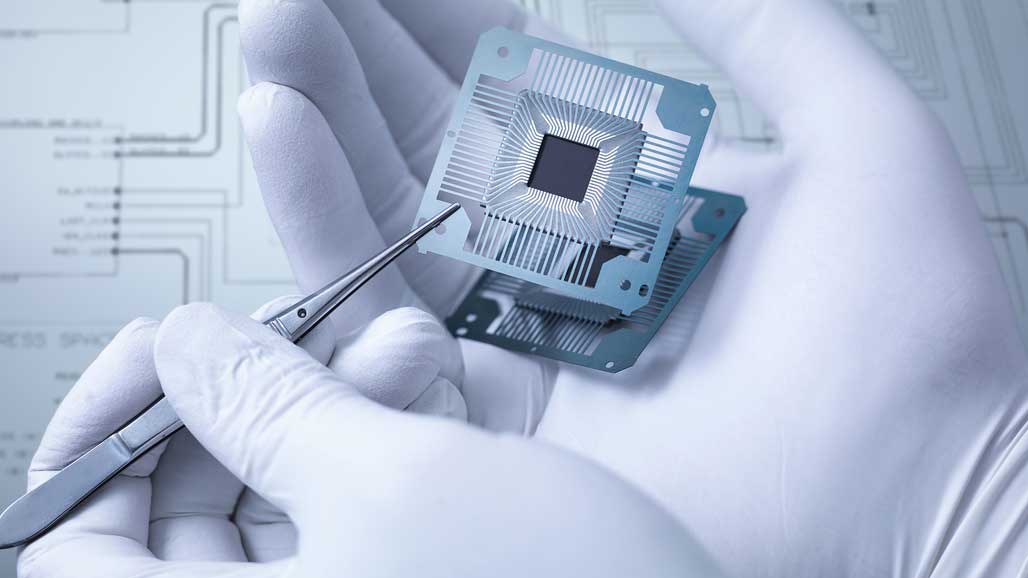 It’s not one of the most famous exhibitions in the world, and not the biggest, but that’s probably appropriate for EPHJ, because it’s all about small things, or – more accurately – what’s called the “microtechnology” sector.

Microtechnology includes such things as watchmaking, jewellery making, and precision instrumentation for medicine, all of which are relatively large business sectors in Switzerland, where EPHJ is being held, on 20-23 June 2017 – Geneva, to be exact.

Now in its 16th year, the event is described as “an unmissable event for high-precision manufacturers, with exhibitors from the worlds of watchmaking and jewellery, microtechnology and medtech”.

Although the market has become more complex, with various unknown factors, companies in all three sectors see the show as a high priority.

“The number of exhibitor registrations is already on a par with the same period last year,” says project manager Alexandre Catton.

“The 2016 Show brought together 881 Swiss and international exhibitors. We see that as the upper limit, because it puts the available space at full capacity, and we want to maintain the same level of quality in our use of the venue.”

“Every year, we attract visitors from new countries who want to see what the Show has to offer,” says Catton.

“But it’s not all about the numbers. Visitor quality is also important: their decision-making powers, their ability to make deals and sign contracts. That’s the appeal of our show.”

Arranging letters in the correct order

The full name of the event is the EPHJ-EPMT-SMT Show, and although watchmaking, jewellery and medicine are particular areas of interest, exhibitors showcase a wide range of products and services for sectors such as:

Of these, watchmaking is, of course, is a particularly important industry and a point of national pride in Switzerland, which could be said to be the leading watchmaking nation in the world.

Switzerland has some of the world’s largest and most lucrative watchmaking businesses – Swatch Group being the biggest – and it has always been innovative in the technology of timepieces, although now it’s faced with a quite different threat from “smartwatches”, produced by tech companies such as Apple and Samsung.

Watches have become smart and changed their name to ‘wearables’

Apple recently announced that its wearables business – which includes the Apple Watch, AirPods, and Beats headphones – has generated $5 billion in revenue.

And, according to Strategy Analytics, Apple shipped the largest number of units in the wearables market.

Switzerland has always held on to the art and craft of making mechanical watches, many of which to this day need winding by their wearers in order to work properly.

There are a lot of watch models which are self-winding, but it’s the mechanical aspect of timepieces that the Swiss have held onto.

Had they not done so, mechanical watches may have been gone from the world forever, only appearing occasionally as historical antiques.

The most precise measurement available of the timepiece market

According to SatisticBrain.com, 1.2 billion watches are sold annually worldwide. Of those, around 77 per cent are mechanical, and the rest are electronic.

StatisticBrain also collated data which shows Swatch as the world’s largest watch manufacturer. Below is a pie chart made using their data.

Richemont, which takes second place, and Rolex, in third, are both Swiss watchmakers. Together, the top three watchmakers – all Swiss – have around 40 per cent of the global market. Add to that the other Swiss watchmakers further down the order, and it seems Switzerland is still the world’s watchmaker.

Digital watches have been around a long time, but Smartwatches are essentially tiny little computers, and this is a new threat which requires new skills and perhaps a new world view.

Chinese smartwatches could be taking over the world

While there may be a variety of studies into the wearables market showing a variety of different results, one thing we can all agree on is that there’s a lot of people in China.

And it’s in China that the next wave of timepiece technology is taking root, and one of the fastest-growing segments is smartwatches.

That’s according to George Jijiashvili, wearables analyst at CCS Insight, who says: “We’ve witnessed explosive growth in the kids watch segment in China and estimate that 16 million units were sold in 2016 alone.

“Companies such as BBK, Huawei, LeEco, ZTE and others have shipped significant numbers, and we expect growth to continue, with shipments rising to over 25 million by 2021.”

Jijiashvili says: “The Apple Watch has been the trailblazer for this category. Its success prompted traditional watchmakers to enter the smartwatch market. Fossil, Guess Watches and TAG Heuer were among the first to embrace the opportunity.”

Another expert at Canalys, Jason Low, says the smartwatch market is likely to affect the traditional market for mechanical watches – both in terms of technology, and in terms of revenue.

“Connected watches appeal to buyers who want a watch first and a basic band second,” says Low. “With fewer people wanting to buy traditional watches, connected watches with limited functionality risk ending up like basic bands: being taken over by smartwatches by 2018.”

Low adds: “Watchmakers yet to take action need to switch their focus to smartwatches for long-term growth. Basic bands have been eroding the low-end watch market and, despite being a nascent market, smartwatches have negatively affected the high-end mechanical watch segment.

“Global watch conglomerates, such as Swatch Group and LVMH, echoed similar sentiments. But companies such as Swatch are still slow to react to the change, and have yet to take the next major step into smartwatch territory. Watchmakers’ survival will depend on creating competitive smartwatches.

“Forming partnerships with technology companies will be the first step. A well-formulated strategy to sell a watch will play a larger role as watchmakers have to appeal not only to watch fans, but consumers who are yet to buy a wearable.”

It’s not all about watches

While some may worry about the possible erosion of the mechanical watch market, the truth is that whether it’s digital watches or smartwatches, they all tend to manufactured using the technologies showcased at EPJH – whether it’s robots capable of precise movements in tiny spaces, or laser devices measuring nano-spaces and nano-times, microtechnology is not only required now, it’s likely to see significant market growth in the next few years.

Miniaturisation is a well-known phenomenon. Every technology gets smaller over time, and yet more powerful. This is a trend that still has a long way to go.

According to Germany Trade & Invest, in its report The Microelectronics and Microtechnology Industry in Germany, the global market for electrical and electronic products market is worth €3.7 trillion.

As such, GTAI says it’s “the world’s biggest commodities market” – which means, obviously, that it sees much of electronics as consisting of commodity products.

Germany is said to be Europe’s largest market for this commodity, valued at approximately €109 billion, which is not surprising since cars use a lot of electronics and Germany’s auto sector is just massive.

GTAI, which says the sector is second-largest employer in the country, predicts significant growth for this market in every geographical region in the world.

The growth market which GTAI highlights, in particular, is printed electronics.