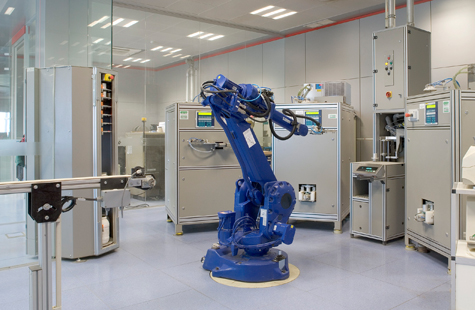 There is an $8.8 billion market for robotic laboratory automation systems, according to Kalorama Information.

The healthcare research firm just completed a report on lab robots, and notes the imbalance between the high demand for diagnostics and the lack of supply of qualified technicians.

Bruce Carlson, publisher of Kalorama, says: “More than two-thirds of clinical decisions are based on laboratory test results, and new tests are developed constantly.

“But a shrinking field of qualified laboratory personnel, while demand grows requires something to handle the tasks created.”

In the report, the firm notes that currently, many laboratories performing medical sample analyses still use manual distribution systems. The process starts first when the data for the incoming samples is captured.

The samples are then placed in racks in batches, carried by employees to the various analysis stations and, if necessary, re-sorted from time to time for further analyses. Labor, notes Kalorama, is still about 60 per cent of the cost of lab services.

Robotic technology can be harnessed to completely automate the work flow process.

There are many laboratory processes suited for robotic automation – namely those processes that entail repetitive movements, such as:

Essentially, laboratory robots manage specimen tubes, prepare them for testing, and allow for sample tracking throughout the testing process, from collection to results.

The systems have various modules that participate in sample preparation, transport to analytical instruments – such as hematology, chemistry and immunoassay analyzers – and post-analytical storage.

Generally, commercial off-the-shelf systems do not exist for many complex and proprietary lab operations.

To eliminate any inconsistencies and shorten the time for technicians waiting to get their desired test results, these application-specific systems can be designed and constructed.

There’s an upside to the market but there are challenges, the report says.

Compared with the manufacturing and service industries, diagnostic laboratories generally are lagging behind in terms of utilizing large-scale industrial robotics and automation for productivity, capacity, and quality improvements.

In recent years, much progress has been made in the automation and robotization of analytical separation and processing. Relatively speaking, the progress made in automating wet lab workflows has been much slower, due largely to the lack of tools available.

Carlson adds: “Many laboratories are constrained by tight budgets and limited resources. This often makes purchasing, replacing, or even expanding laboratory robotics and automation a daunting endeavor.”