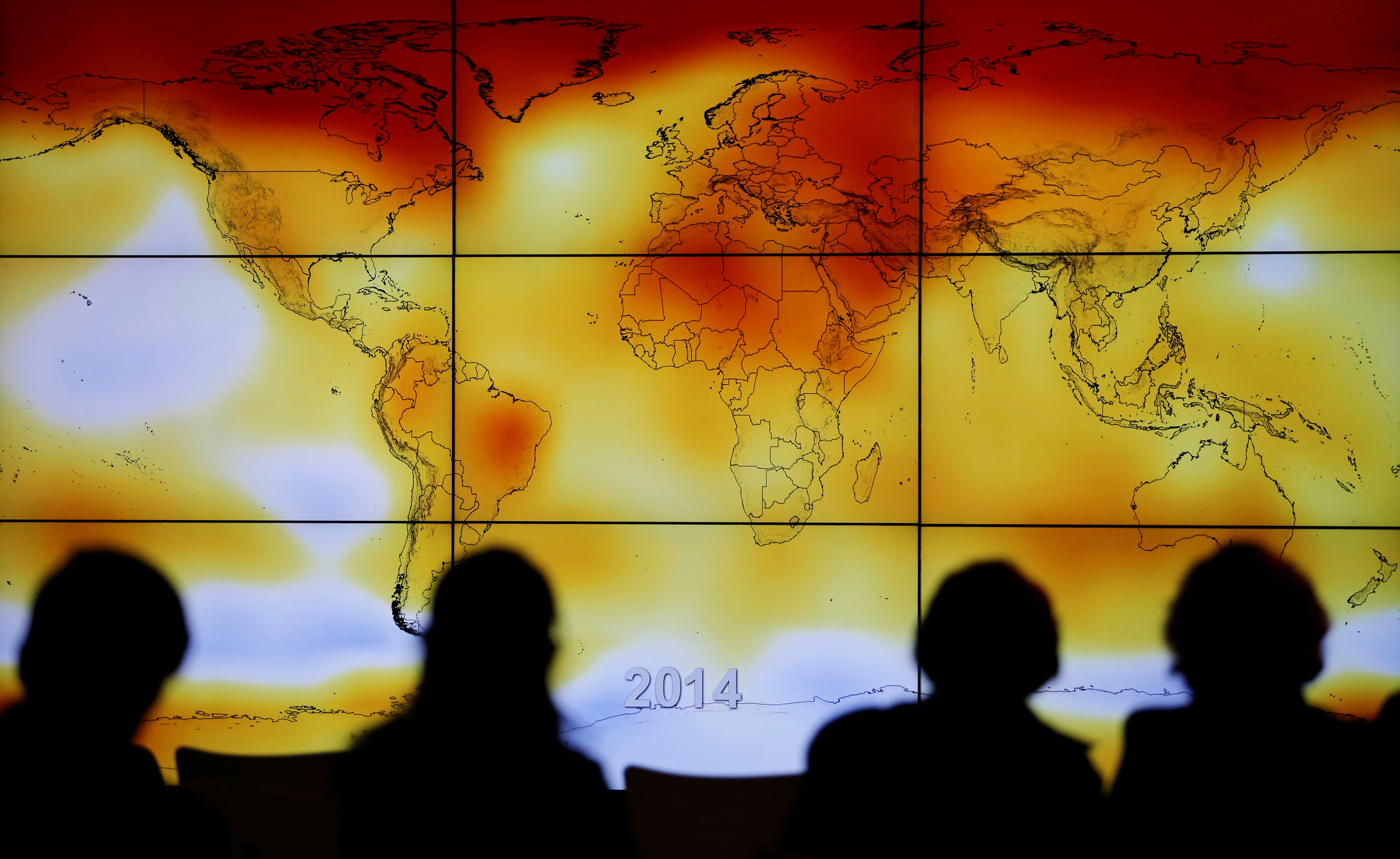 Trump, who has previously called global warming a hoax, did not confirm the decision in a post on Twitter, saying only, “I will be announcing my decision on the Paris Accord over the next few days.”

The source, speaking on condition of anonymity, said Trump was working out the terms of the planned withdrawal with US Environmental Protection Agency Administrator Scott Pruitt, an oil industry ally and climate change doubter.

Under the pact, virtually every nation voluntarily committed to combat climate change with steps aimed at curbing global emissions of “greenhouse” gases such as carbon dioxide generated from burning of fossil fuels that scientists blame for a warming planet, sea level rise, droughts and more frequent violent storms. It was the first legally binding global climate deal.

A withdrawal would put the United States in league with Syria and Nicaragua as the world’s only non-participants in the Paris agreement.

Trump has said the accord would cost the US economy trillions of dollars without tangible benefit. For the Republican president, a withdrawal would reflect his “America First” approach to policy, unencumbered by international obligations.

“The president will make an announcement when he’s made a final decision,” one senior official said. Trump has changed his mind on large decisions before, even after previously signaling a move in the opposite direction.

Trump refused to endorse the landmark climate change accord at a summit of the G7 group of wealthy nations on Saturday, saying he needed more time to decide.

A US decision to withdraw from the accord could further alienate American allies in Europe already wary of Trump and call into question US leadership and trustworthiness on one of the world’s leading issues.

A pullout also would be one more step by the Republican president to erase the legacy of his predecessor, Democrat Barack Obama, who helped broker the accord and praised it during a trip to Europe this month.

It could have sweeping implications for the deal, which relies heavily on the commitment of big polluter nations to reduce emissions of greenhouse gases.

The United States is the world’s second-biggest carbon dioxide emitter behind China. A shift away from coal to cleaner-burning and cheaper natural gas in recent years has cut US carbon emissions to near 30-year lows, according to the US Energy Information Administration.

The accord aims to limit planetary warming in part by slashing carbon dioxide and other emissions from burning of fossil fuels. Under the pact, the United States committed to reduce its emissions by 26 to 28 percent from 2005 levels by 2025.

Environmental groups criticized the planned withdrawal. The Sierra Club said a US withdrawal from the Paris deal would be a “historic mistake”. Friends of the Earth said the action would “sacrifice our planet to the fossil fuel industry” and make America the world’s “foremost climate villain”.

In the past few days, the chief executives of dozens of companies have made last-minute appeals to Trump.

The CEOs of Dow Chemical, ExxonMobil, Unilever and Tesla all urged Trump to remain in the agreement, with Tesla’s Elon Musk threatening to quit White House advisory councils of which he is a member if the president pulls out. Robert Murray, CEO of Murray Energy, an Ohio-based coal company and major Trump campaign donor, urged Trump to withdraw.

US coal company shares slumped on Wednesday alongside renewable energy stocks. The market reaction reflects concerns, raised by some coal companies in recent months, that a US exit from the Paris agreement could unleash a global backlash against coal interests.

A US pullout would be disappointing but the European Union stands ready to take global leadership on the issue, European Commission Vice President Maros Sefcovic said in Brussels.

“There is a much stronger expectation from our partners across the world, from Africa, Asia and China, that Europe should assume leadership in this effort and we are ready to do that,” Sefcovic added.

The European Union and China are working on a joint declaration reaffirming their commitment to climate and energy policy and the implementation of the Paris agreement, according to an EU official with knowledge of the plans.

Trump had vowed during his 2016 presidential campaign to “cancel” the Paris deal within 100 days of becoming president as part of an effort to bolster US oil and coal industries. That promise helped rally supporters sharing his skepticism of global efforts to police US carbon emissions.

Trump has repeatedly expressed doubts about climate change, at times calling it a hoax to weaken US industry.

Supporters of the climate pact are concerned that a US exit could lead other nations to weaken their commitments or also withdraw, softening an accord that scientists have said is critical to avoiding the worst impacts of climate change.

After taking office, Trump faced pressure to stay in the deal from investors, international powers and business leaders, including some in the coal industry. He also had to navigate a split among his advisers.

Senior adviser Steve Bannon, who wants Trump to focus on actions that will rev up his conservative political base, has long opposed the Paris accord. Jared Kushner, Trump’s son-in-law and top adviser, has come to the view that the standards set out in the agreement did not work for the US economy and the question was whether to try to change those standards within the agreement or pull out, another senior administration official said.

Trump’s daughter, Ivanka, favors staying in, the official said, and has sought to ensure her father heard all sides in the debate.

Quitting the Paris accord may not resonate with members of Trump’s Republican Party as much as his administration expects. A March Reuters/Ipsos opinion poll found that 50 percent of Republicans agreed that the US should lead the global fight against climate change, while 37 percent disagreed and 13 percent were unsure.