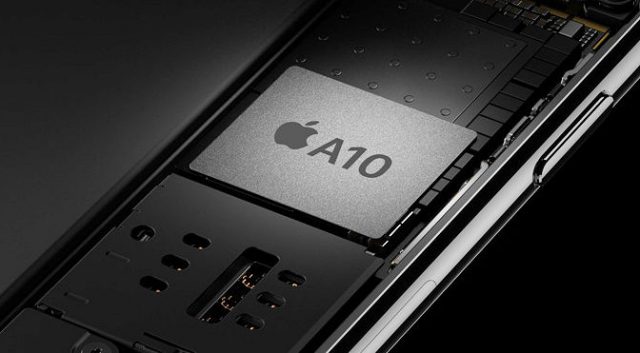 Bloomberg, which says its source requested anonymity, adds that the AI-dedicated chip will be used for facial recognition, speech processing and other tasks which require the processing of large amounts of data.

Apple was probably the first to launch an AI voice assistant when it included Siri in its iOS for iPhones in 2011.

But since then, other companies have made progress in leaps and bounds and Apple finds itself playing catch-up.

Having said that, Apple seems to have adopted a policy of spending a lot of time developing a product while others launch products into a market.

The iPod was not even one of the early MP3 players never mind the first. And the iPhone was launched after Blackberry had more or less cornered what was then a nascent market for smartphones.

Even this AI chip – if it’s true – will not be the first such processor dedicated to AI data processing.

Google launched something similar last year, when it introduced the Tensor Processing Unit.

The TPU was Google’s first chip and is reportedly found to be more energy-efficient when used at the search giant’s data centres.

Nvidia is another company which has launched processors specially for AI workloads, the Volta range, with which it has made in-roads into the autonomous car market, developing products and partnerships with companies such as Audi and Bosch.

Bosch, incidentally, is said to have agreed a deal with Apple to supply advanced sensors for augmented reality and other big-data applications for the next iPhone.

Qualcomm, the world’s largest chipmaker for mobile devices, is embroiled in some sort of legal row with Apple, but it too has chips such as Snapdragon which have AI capabilities.

Intel last year unveiled a graphics processing unit, or GPU, which it claims can understand conversational speech as effectively as a human.

All processors can be used for AI, it’s just that they are increasingly being developed with AI in mind and optimised for that purpose.

Wired seems to have a very interesting article about the subject of AI chips.

Apple’s interest in developing its AI chip may its rumoured plans to launch a smart home device, like Amazon’s Alexa range and Google Home.

As usual, however, Apple has neither denied nor confirmed any of the rumours related to any of the products which it may or may not be developing.