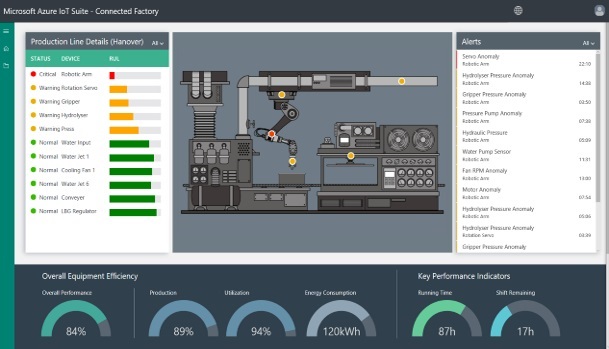 Microsoft has been offering industrial companies a range of digital services based on its Azure platform over the past few years and is probably the leading tech company in the space.

Microsoft’s global infrastructure and Azure cloud platform enables companies with worldwide manufacturing or logistics operations to create software applications either specifically for their own companies or for other companies.

The company has also developed special connectors which can accept data from devices which use the OPC-UA standard, a data transmission protocol which is increasingly being adopted in industry for sensor-laden machines and components.

In this interview (video above), Sanjay Ravi. managing director, discrete manufacturing, automotive and electronics, Microsoft, gives an overview of the company’s services and some insight into partnerships it has developed with industrial companies.

Ravi says: “When you look across the industries, particularly in manufacturing, we see a huge transformation happening, with manufacturers moving from just focusing on manufacturing and selling a product to being a digital business.

“In fact, that is the future growth from a manufacturing perspective, and Microsoft is aligning itself with that. So, Microsoft’s role is to accelerate their journey to becoming digital.”

Ravi adds: “CEOs within manufacturing organisations see 40 per cent of their future revenue coming from these digital services.”

Moreover, Microsoft is not in the business of manufacturing industrial goods.