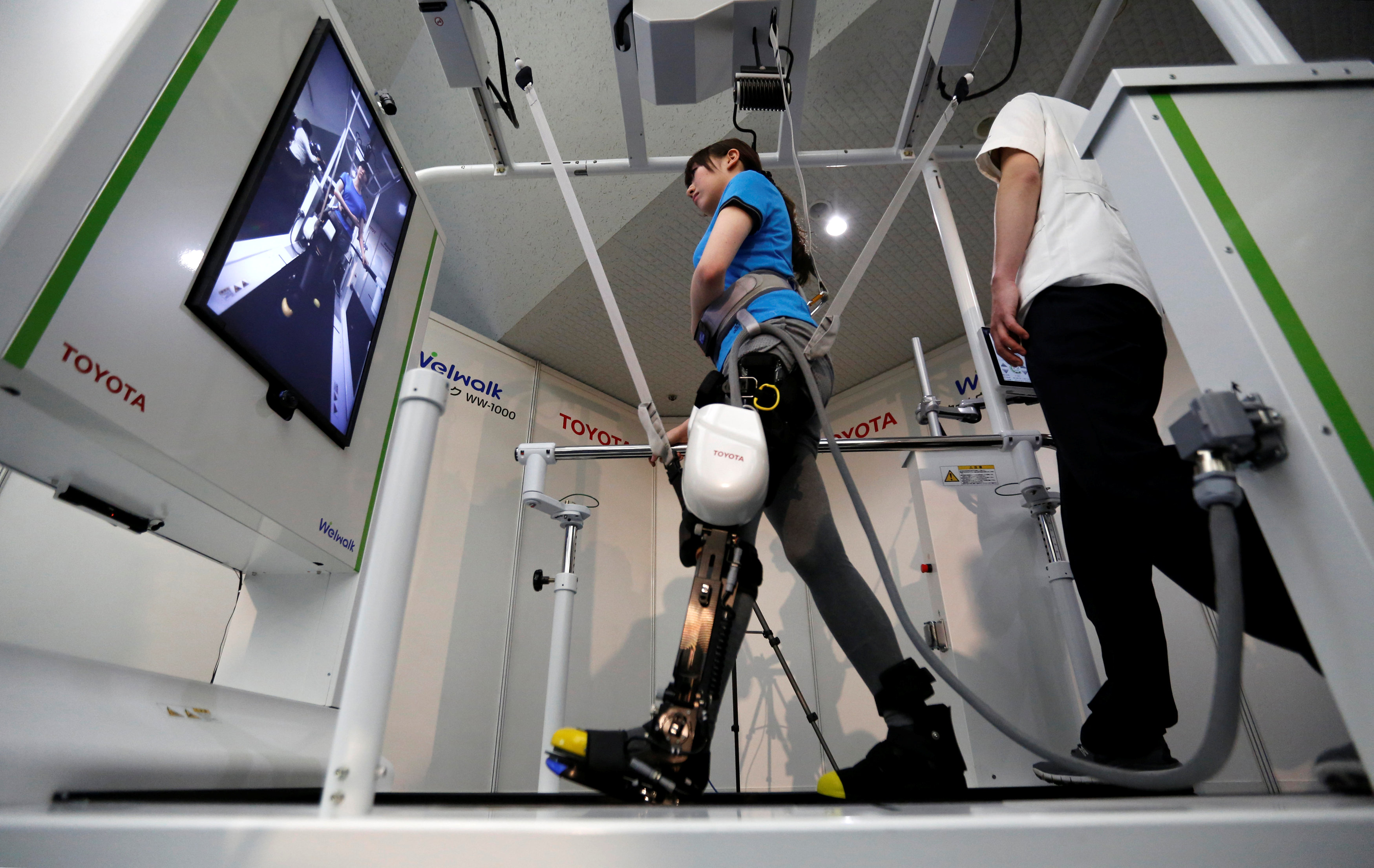 Toyota, the world’s second largest automaker, made its first foray into commercializing rehabilitation robots on Wednesday, launching a rental service for its walk assist system, which helps patients to learn how to walk again after suffering strokes and other conditions. 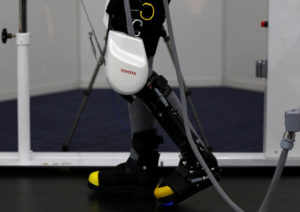 Toyota’s system follows the release by Honda of its own walking assist “robotic legs” in 2015, which was based on technology developed for its ASIMO dancing robot.

“If there’s a way that we can enable more elderly people to stay mobile after they can no longer drive, we have to look beyond just cars and evolve into a maker of robots,” says Toshiyuki Isobe, chief officer of Toyota’s Frontier Research Center.

He adds that mass producing robots would be a natural step for the company which evolved from a loom maker in 1905 into an automaker whose mission is to “make practical products which serve a purpose”.

Isobe says: “Be it robots or cars, if there’s a need for mass produced robots, we should do it with gusto.”

Japan is graying faster than the rest of the world, with the number of people aged 65 or older accounting for 26.7 percent of the population in 2015, dwarfing the global average of about 8.5 percent.

As a result, demand for care services for elderly people has boomed and a shrinking working population means that fewer able-bodied adults are available to look after them.

Globally, sales of robots for elderly and handicap assistance will total about 37,500 units in 2016-2019, and are expected to increase substantially within the next 20 years, according to the International Federation of Robotics.

At the same time, car sales in Japan have fallen 8.5 percent between 2013-2016, as older drivers stop buying cars while car ownership becomes less of a priority among younger drivers.

Like most major automakers, Toyota is still competing fiercely to develop self-driving cars, committing $1 billion to a robotics and A.I. research center.

Isobe conceded that it took Toyota longer to develop robots than cars, as it stretched the company further beyond its comfort zone. As a result, Toyota’s new walking assist system took more than 10 year to bring to market.

“The biggest challenges have been in determining the needs of the robot market, which is relatively new, and to ensure that our products are safe,” says Isobe.

Still, industry experts said that automakers were well placed to compete with medical technology companies including Switzerland’s Hocoma and robot manufacturers such as ReWalk Robotics of the United States, both of which have developed robotic walking assist systems.

“On top of that, many of them have been partnering with the likes of Google and other companies looking at applying artificial intelligence, which will put them in a strong position to compete in robot services for the elderly.”