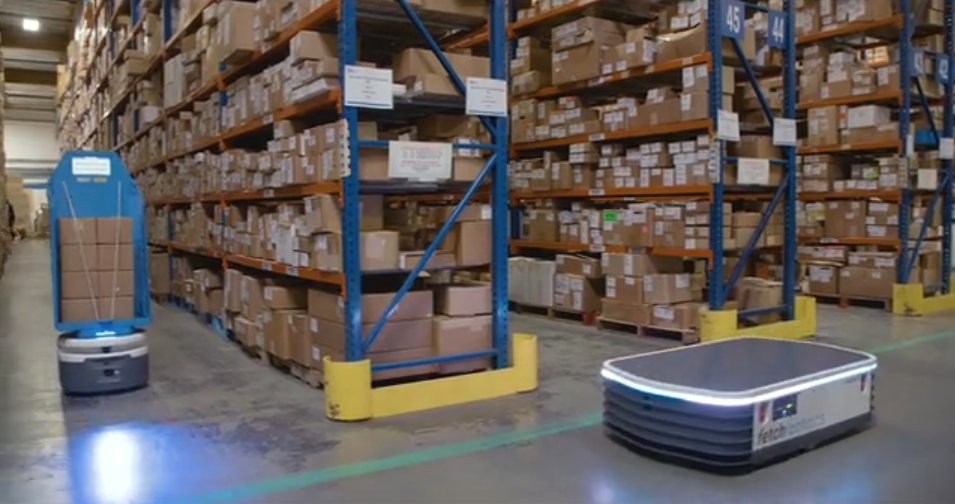 Both new robots, like the Freight predecessor, operate safely in commercial and industrial environments where they are deployed to automate the delivery of bulky and heavy loads.

The company and the new robots were showcased at ProMat 2017 in Chicago, Illinois, a few days ago. 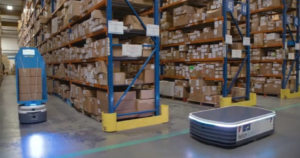 In addition, Fetch Robotics CEO Melonee Wise made a presentation, discussing Warehouse Optimization With Mobile Robots, as part of the Automate show, the automation solutions event co-located with ProMat.

Autonomous mobile robots from Fetch Robotics work alongside warehouse workers. They are packed with sensors and powerful onboard computers that help them to understand the operating environment.

Rather than being restricted to fixed routes, the line of Freight Robotics AMRs can instead navigate dynamically using a map, allowing them to plan their own paths to travel quickly and efficiently anywhere they need to go, says the company.

Fetch adds that its AMRs are also smart enough to recognize and react to people, cars, forklifts, and other things in the warehouse. They can also safely continue doing their jobs no matter how busy the surrounding environment.

With the addition of Freight500 and Freight1500, Fetch can now offer its industrial warehouse and logistics customers solutions at more levels of material transport.

As the big brother to Freight, Freight500 has been designed to move substantial loads yet still be able to fit through doorways and areas that are commonly traversed by people.

For even bigger hauls, Freight1500 can support up to 3300 lbs. Freight1500 is the perfect robot for moving standard sized pallets as well as much bulkier cargo.

Melonee Wise, CEO of Fetch Robotics, says: “Since our inception, the goal at Fetch Robotics has been to provide a comprehensive and powerful AMR solution that can be managed from a single platform.

“These new robots deliver on that mission and meet the complete range of needs of warehouse and logistics operators.”

As with all robots from Fetch Robotics, the new robots come loaded with Fetchcore, cloud-based management software that puts managers in control of their robot fleet.