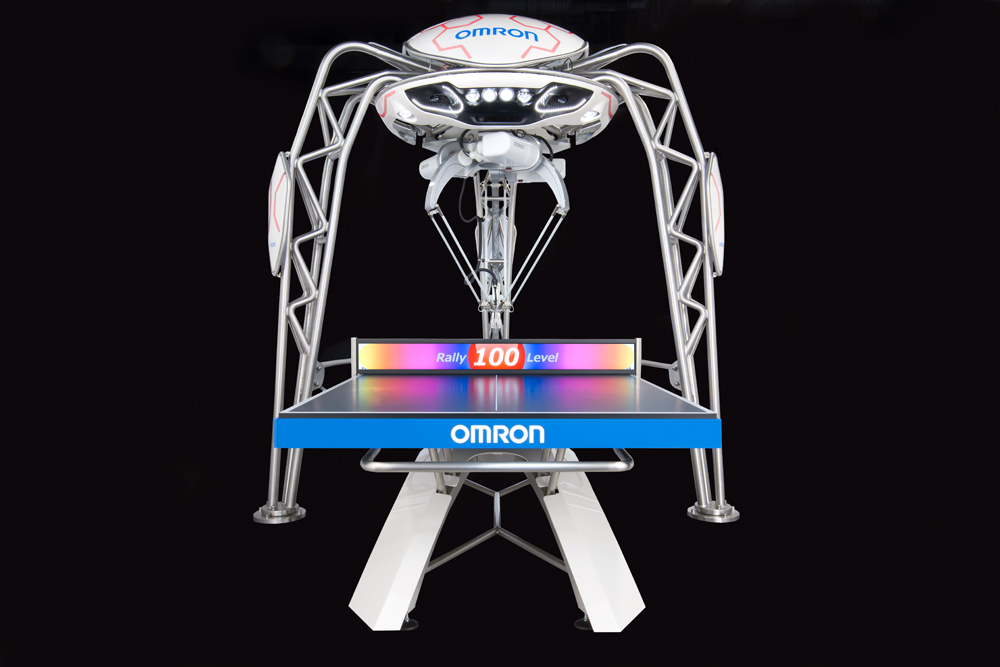 For some time, practitioners of mind sports have been grappling with artificial intelligence (AI). Computer brains have already beaten the best human players in chess and Go.

The picture is quite different for sports that require both mental and physical skills. Physical interaction with a human is an enormous challenge for developers of intelligent robots.

Omron, one of the world’s leading companies in industrial automation, has successfully taken on this challenge.

The company is currently in Hannover to show how the third generation of Forpheus, a table tennis robot, adds artificial intelligence to its core skills of sensor and control technology.

Omron is using Forpheus as a fun way to demonstrate its capabilities in collaborative human-machine technologies. Forpheus played its first match at Hannover Messe last year.

Since then, its coaches have worked on its mental strength to ensure it is even smarter against this year’s visitors to the trade fair.

Following its upgrade, Forpheus should be able to interpret human behavior and ideally predict it, too, as the Omron developers have taught it to learn, think and act and to make contact and communicate with people.

These skills mean Forpheus should even be able to teach humans a thing or two. Of course, it isn’t all a game, but rather serious development work for the next stage in human-machine interaction – one that should enable innovative production processes, thanks to integrated automation and intelligent data solutions from Omron.