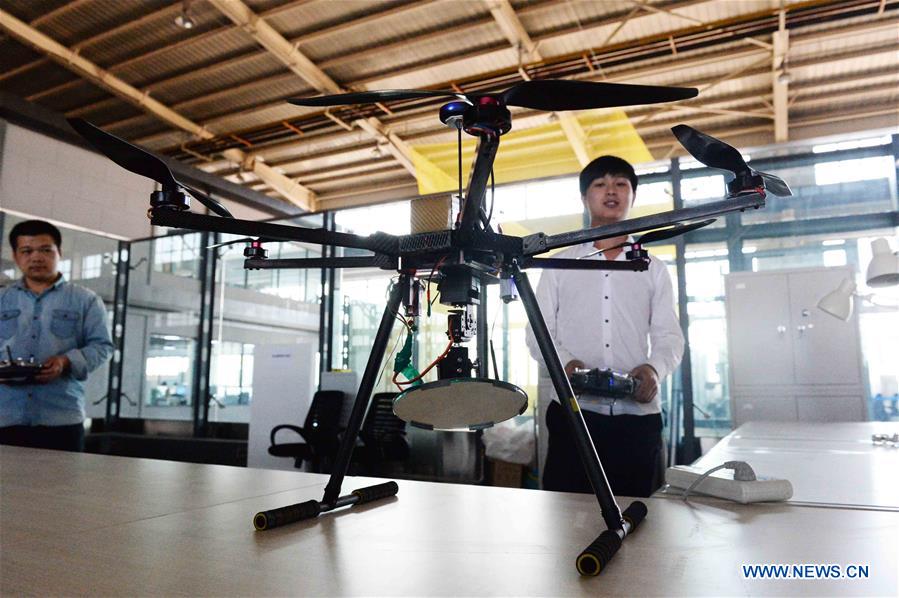 HIT Robot Group, which claims to be China’s leading robotics manufacturer, will make its debut appearance at Automate 2017, the largest show of robots and automation technology in North America.

The company will bring its latest smart factory model of robot and hopes Automate will provide a platform for seeking global partners.

Hosted by the Association for Advancing Automation (A3) every other year, Automate is one of the top 10 manufacturing shows in the US.

This year the event will take place at McCormick Place in Chicago from April 3rd to April 6th, and will attract big names in the automation industry like ABB, Denso and Kawasaki.

Automate 2017 also features a first-ever US-China robotics forum, and HIT Robot Group (booth No. 2018), representing the leading-edge robotics technology of the country, has been invited, along with other Chinese manufacturers, to make its debut – the first time that any Chinese robotics suppliers have exhibited at this show.

Lei Zhu, vice president of HRG, says: “Despite the fact that the company was founded just two years ago, HRG has recorded tremendous performance in talent development, technology and innovation.

“So far the Group has launched more than 100 products covering 20 categories, like smart factory solutions, industrial robots, and service robots, just to name a few.”

This time, HRG will bring its “Lithium Battery Wisdom Factory” to Automate. The factory is a fully automated production line for works, and could reduce labor demand by 85 per cent.

Another piece is Tianji Drone, an industrial drone equipped with an infrared thermal imaging system that can be adopted for maritime rescue and other public security jobs. Meanwhile, HRG will also introduce its unmanned aerial vehicle for agriculture uses – Merak – to the show.

HRG says its mission at Automate goes beyond demonstrating its latest technologies.

HRG’s CEO, Fei Wang, says: “The world has seen China rapidly grow to the largest robot market with vast opportunities. Yet foreign robot suppliers always need a reliable partner that knows the industry and the market to help bridge those opportunities.”

HRG says it wants to be a “golden partner” for global players.

Harbin Institute of Technology is one of the earliest organizations that were engaged in robotics research, and is an outstanding representative of the industry-university-research (IUR) of the robotics in China.

It is also the place where China’s first spot welding robot, arc welding robot, wall climbing robot, space robot and lunar rover were prototyped and came into being. In addition, dexterous robot hand is another typical representative of HIT’s technological achievements.

Leveraging the Harbin Institute of Technology’s expertise in automation and robotics, HRG has developed a comprehensive range of offerings, encompassing consultancy, localization support, and integrated solutions, for its partners and clients.

Its own R&D and technological innovation capabilities top the industry.

These advantages have led to productive business exchanges with industrial leaders such as ABB, Kuka, and Hocoma.

The Chinese market has greater potential in the future, as the government has made “Made in China 2025” a national strategy, in which robotics has been identified as a priority for growth.

According to the 2016 World Robotics Report, published by the International Federation of Robotics, China purchased 27 per cent of the total supply of industrial robots in 2015, making it the largest market in the world.

Facing such tremendous opportunity, HRG is eager to seek foreign partners and explore Chinese market together, says the company.