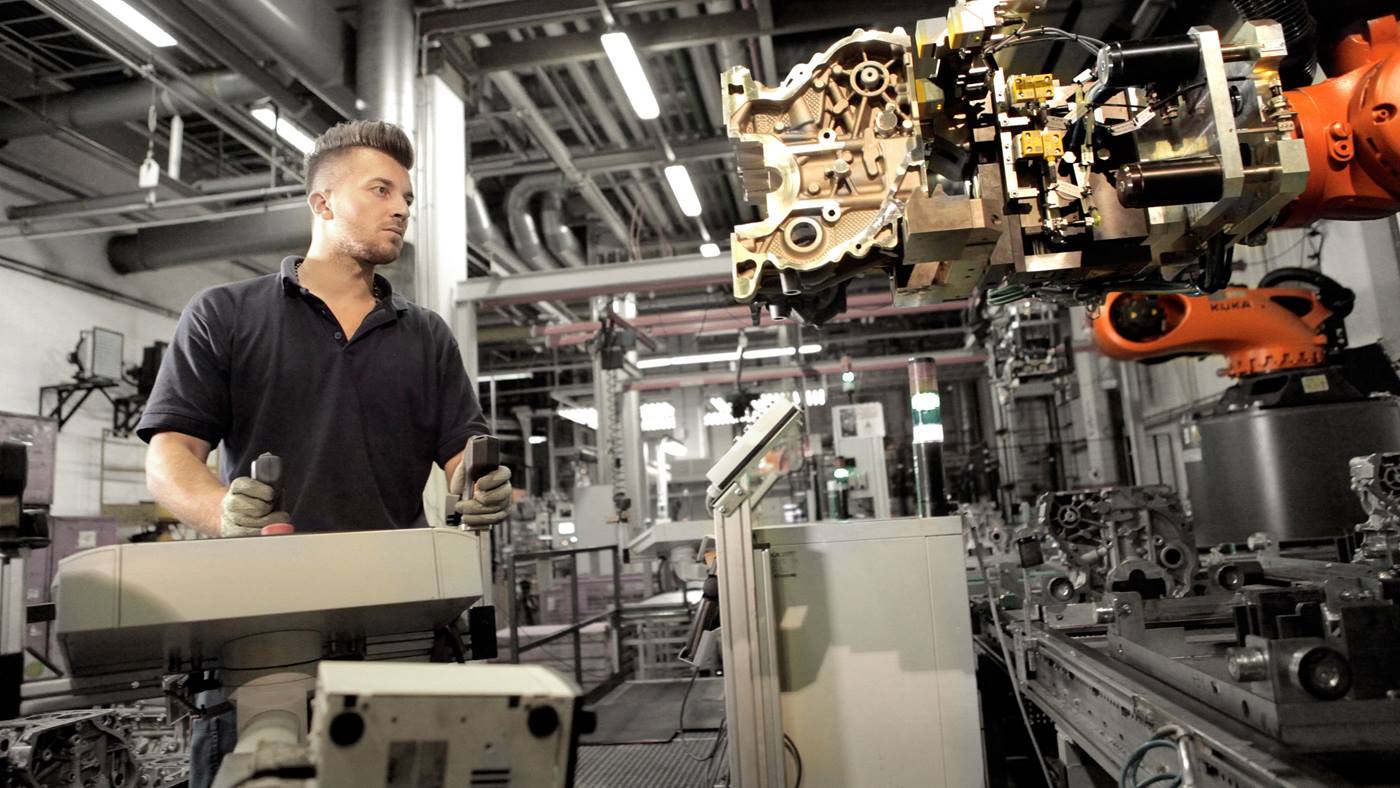 MRK-Systeme has developed an automation solution with human-robot collaboration capability for the BMW Group using Kuka robots for high payloads.

It enables the factory in Landshut, Bavaria to carry out quality assurance for crankshaft housing in an “ergonomically friendly manner”, says the company.

How does it werk?

The crankshaft housing is delivered into the workspace by a conveyor.

The operator controls the movements of the robot via joystick.

The Kuka KR Quantec robot moves to the housing along a defined path, grips the component and brings it to the operator.

During this process, the robot securely holds the component weighing roughly 30 kg at the optimum height for the employee.

Once the operator has completed the testing process, he moves the robot with the housing back to the conveyor belt and sets the housing down.

The interactive testing process is then ended by pressing a button.

In doing so, the employee documents whether the part is “OK” or “not OK”.

Both systems have been operating successfully for more than a year.

The cycle times are adhered to, and the work is “significantly more pleasant for the employees”, according to the company, which adds: “Two further test stands for quality assurance are in the planning stage.”