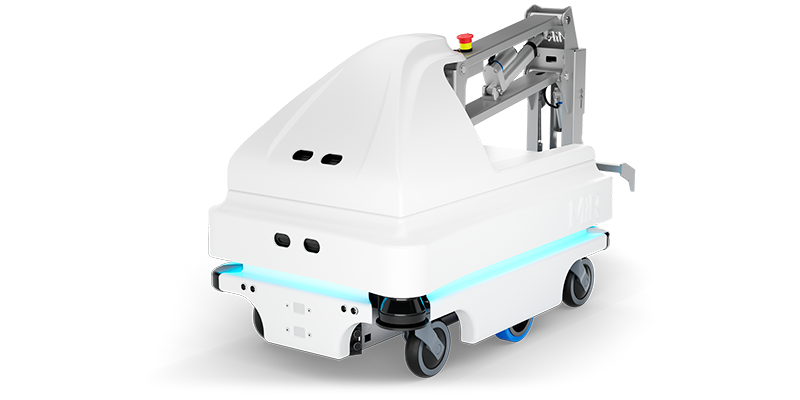 Mobile Industrial Robots, a developer and manufacturer of autonomous mobile robots, claims it has seen “an astounding 500 percent growth in sales” in 2016, with over 200 MiR100 robots and accessories installed in more than 30 countries.

The company says it has an “ambitious” plan, and has recently expanded its global presence, establishing regional offices in New York and Shanghai.

With substantial increases in hiring in 2016, MiR also tripled the size of its Denmark headquarters, relocating to a new location that will support its ongoing expansion.

In 2017, the front-runner expects to further consolidate its leadership position with a new product that will be launched in Chicago on April 3, 2017 at Automate, North America’s largest automation trade show.

This new product is expected to help triple sales increases in 2017, through the combined activities of MiR’s 73 distributors across 33 countries.

MiR CEO Thomas Visti, says: “We continue to develop the innovative products that customers need to optimize their production and to make sure their employees are adding value to company processes.

“The requirements for automating internal transportation increased substantially this year, and companies need to be able to implement these technologies quickly and easily – and to see a fast return on their investment.

“That’s why we are focused on flexibility and smart, intuitive interaction so customers can effortlessly collaborate with our technologies without changing their existing environment.”

Founded just four years ago, MiR has already gained a significant number of new customers in the global manufacturing market.

While the MiR100 robots are cost-effective, flexible and user-friendly enough to provide significant value for mid-sized manufacturers, buyers of the logistics robots are increasingly multinational companies.

Since then, the company has gained commitments from 19 North American distributors who have recognized the exciting opportunities for mobile robots and the leadership of MiR’s products.

Every distributor has demonstration robots on-site and has been fully trained in beginning, intermediate and advanced programming to support a wide range of customer needs.

Mullen says: “Distributors across North America are investing in MiR’s innovative technology and partnering closely with us because they recognize the dramatic growth opportunities we bring.

“In just 10 months, we’ve gone from zero presence in North America to having sold significant numbers of robots into a broad range of industries that includes automotive, electronics, aerospace, consumer goods, food products and more.

“Having this kind of success so quickly with a new technology just demonstrates the immediate recognition of the value of our mobile autonomous robots. The competitive advantage we offer is clear.”

To spearhead sales in China, MiR has brought onboard Will Dong, an experienced area sales manager who is working out of MiR’s new Shanghai sales office, or “beachhead”, as the company calls it.

Dong says: “There is enormous potential for mobile robot sales in China, and the timing is just right.

“The Chinese Government has launched several initiatives to promote investment in automation, including the ‘Made in China 2025’ plan, but robotic expertise is relatively low in China. It’s precisely for this reason that our user-friendly, intuitive robots, which require no programming experience, are perfect for the Chinese market.

“And MiR robots can be installed in a factory without needing to modify the internal production layout. We have already sold MiR robots in China, Hong Kong and Taiwan.”