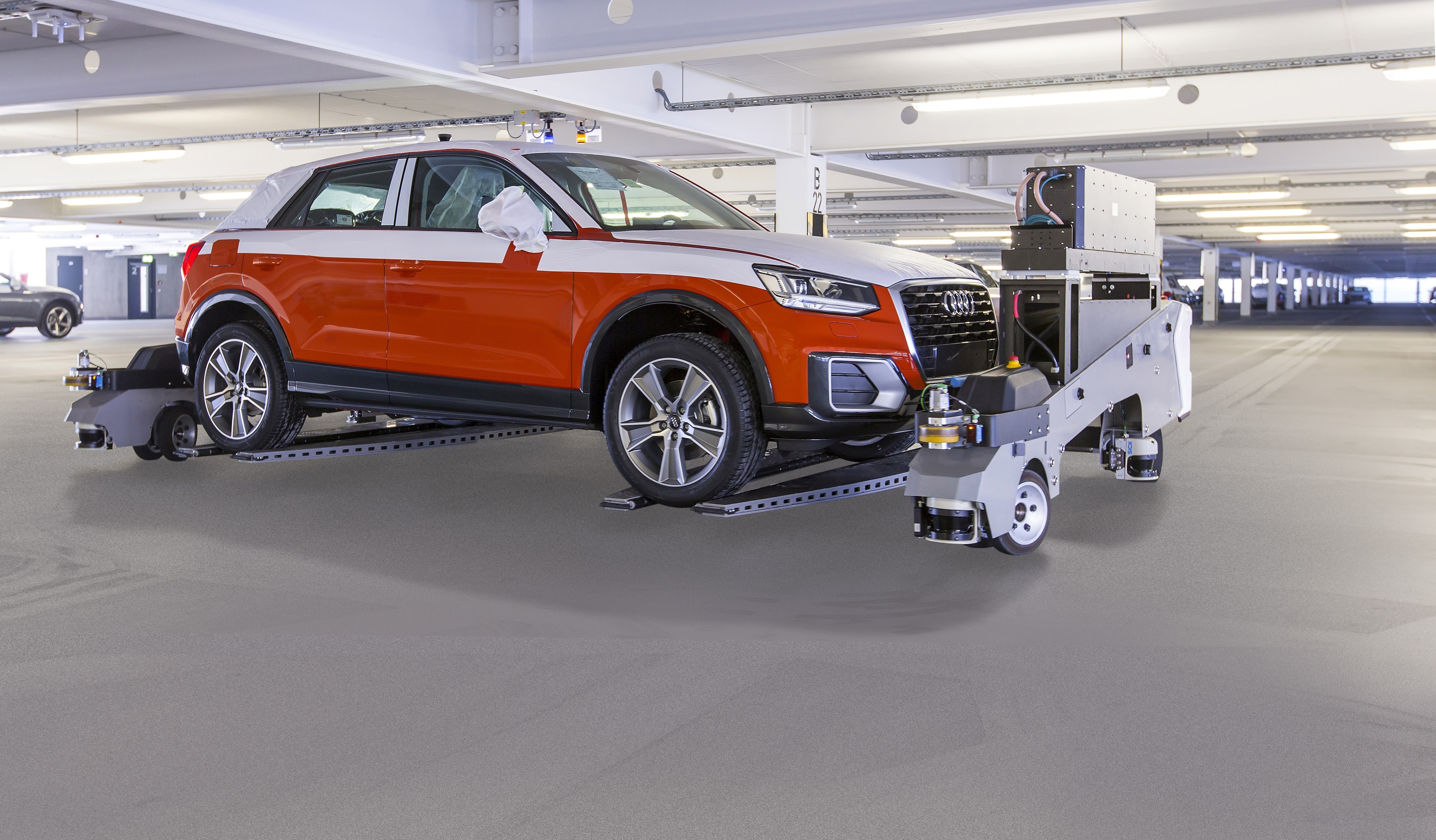 Developed in partnership with Serva Transport Systems, Audi currently has a total of 18 of the parking robots.

The Rays are sorting ready-to-transport cars in the Audi railway loading system, within an area of 20,000 square meters.

Additional opportunities for Ray’s use in the Ingolstadt plant have already been obsessively identified, according to the company.

The development of the Ray has led to Audi winning the Logistics Award for 2017 from the German Association of the Automotive Industry, in recognition of its driverless vehicle transport system for logistics.

The autonomously operating system has been in production operation at the Ingolstadt site since the beginning of the year.

Ray sorts up to 2,000 cars per day for loading onto railway freight cars. This application is the only one of its kind to date in the automotive industry, claims Audi.

Professor Dr Hubert Waltl, board member for production and logistics at Audi, says: “Driverless transport systems are one of the key technologies of the smart factory.

“With their flexible navigation we are improving efficiency in vehicle transport as well. FTS Ray is now in production operation at the Ingolstadt plant.

“We will be transferring the concept to other processes and sites.”

VDA president Matthias Wissmann says: “Our industry thrives on innovative solutions like this. The digitalization and connection of production, and in fact of the entire value chain, is the biggest challenge for the industry.

“Concepts like that of the award-winner clearly demonstrate that the German automotive industry is on top here as well.”

There are now 12 parking robots in use at Audi’s main plant in Ingolstadt. They autonomously transport Audi models after production for railway loading.

For this, one of the roughly six meter long and three meter wide robots uses laser sensors to determine the position and dimensions of a car and adjusts itself accordingly. Then the robot carefully lifts the car up to 10 centimeters.

A central, autonomous control system assigns a space to the robot where the robot can park it via the shortest route. Once a sufficient number of cars have accumulated for the same transport destination, a robot prepares them for loading on to the railway freight cars.

The driverless transport systems complete up to 8,000 movements per day this way, while covering about 500 kilometers.

They even change their own batteries: when the charge status is low, the robots promptly dock themselves onto the automated changing station and specially designed robots change out the batteries within a few minutes.

The system operates reliably around the clock – on an open parking deck and at outdoor temperatures up to minus 20 degrees Celsius.

Audi claims this improves both efficiency and ergonomics for employees: They now have significantly shorter distances to walk and are exposed to fewer extreme weather conditions, argues the company.

Serva Transport Systems, which developed Ray in partnership with Audi, is based in Grabenstätt am Chiemsee. The company also supplies the car-parking robot to airports, and could be doing deals with large car parks and shopping centre complexes.