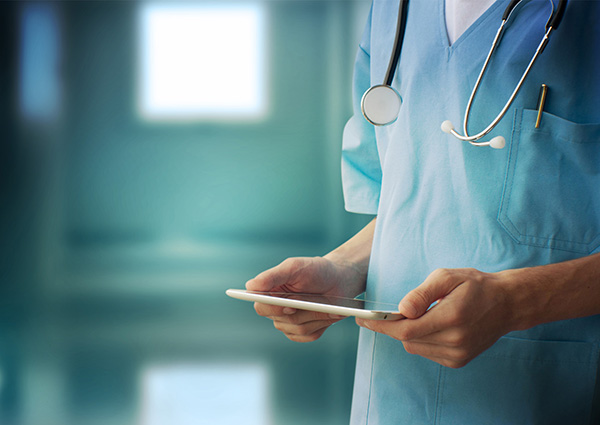 In 1841, general anaesthetic had not yet been invented, so Dr Long used diethyl ether, a chemical most commonly used to start internal combustion engines, in its place.

The surgeon pressed an ether-soaked towel to the patient’s face to put him to sleep before removing a tumour from his neck. He billed the patient two dollars for the whole procedure.

Medicine and healthcare has come a long way since the 19th century and we are now experiencing the effects of digitalisation on the industry.

However, despite the advances in technology, every medical device has an expected lifespan and the companies that manufacture components for those devices are expected to make them, or a compatible alternative, available for the entire period.

The medical industry also depends on the traceability of everything from pharmaceuticals to machine components. As a result, the equipment on which a device is manufactured has to be validated and approved, often as part of 21 CFR Part 11, the FDA’s (Food and Drug Administration), rules governing electronics records in healthcare related sectors.

Finally, if a component breaks, the device owner, or the company managing the medical facility, may need to source an alternative quickly. After all, many medical devices are the textbook definition of mission critical.

The combination of the need to guarantee a lifespan with traceability and validation and the need for speedy replacements means that many medical device OEMs, choose to source exact replacement parts from an obsolete component supplier.

The irony is that the use of obsolete components in manufacturing then becomes a key enabler, allowing the medical device itself to take a quantum technology leap forward.

With the rate of technological advancement speeding up, what digital techniques can we expect to see more of in the healthcare industry over the next decade?

Smart phones now have the diagnostic capabilities of some of the most high-tech hospital equipment of previous eras. By using clip-on sensors, patients in remote geographical areas that were previously difficult to reach using traditional healthcare delivery models have much better access to care.

Smart phones are also much cheaper than many specialised medical diagnostic devices, which makes them more popular as enabling platforms to which diagnostic capabilities can be added.

Smart phones can be used to detect early on-set of long-term conditions, such as Parkinson’s disease, asthma and thyroid disorders. It is interesting that smart phones and tablets, while used in healthcare, aren’t governed by the same regulations as traditional medical devices.

As a result, the manufacturing processes that underpin them do not have to be managed with the same level of traceability and validation.

This isn’t to say that they aren’t, or that obsolete component supply can’t support smart phone manufacturers in the same way, merely that there is space for a new set of regulations to be created, governing smart phone use in medicine.

Implantable drug-delivery systems usually consist of a microchip-based implant that is in direct contact with the affected tissue. The microchip has discrete doses of a particular drug and each dose is hermetically sealed.

The implant uses control electronics, such as radio frequency communications and a real-time clock, to ensure accurate timing for release of each dose.

The microchip also has a customised circuit connected to each dose to allow independent administration at any time or in any sequence. An external device communicates with the implanted device through radio frequency.

Unlike smart phone manufacturers, companies producing implantable devices are governed by all of the rules and regulations that every medical OEM has to master.

However, because their devices are used inside the body, I anticipate further regulation being introduced in the future, making the guarantee of manufacturing consistency that obsolete components provide even more important.

Before Doctor Long’s breakthrough in general anaesthesia, surgery could rarely be used in medical treatment, because the patient’s suffering would have been overwhelming.

Today, anaesthetic is used for everything from dentistry to organ transplants. It will be interesting to see what digital technologies and advanced medical devices will have the same impact on medicine over the next 175 years.