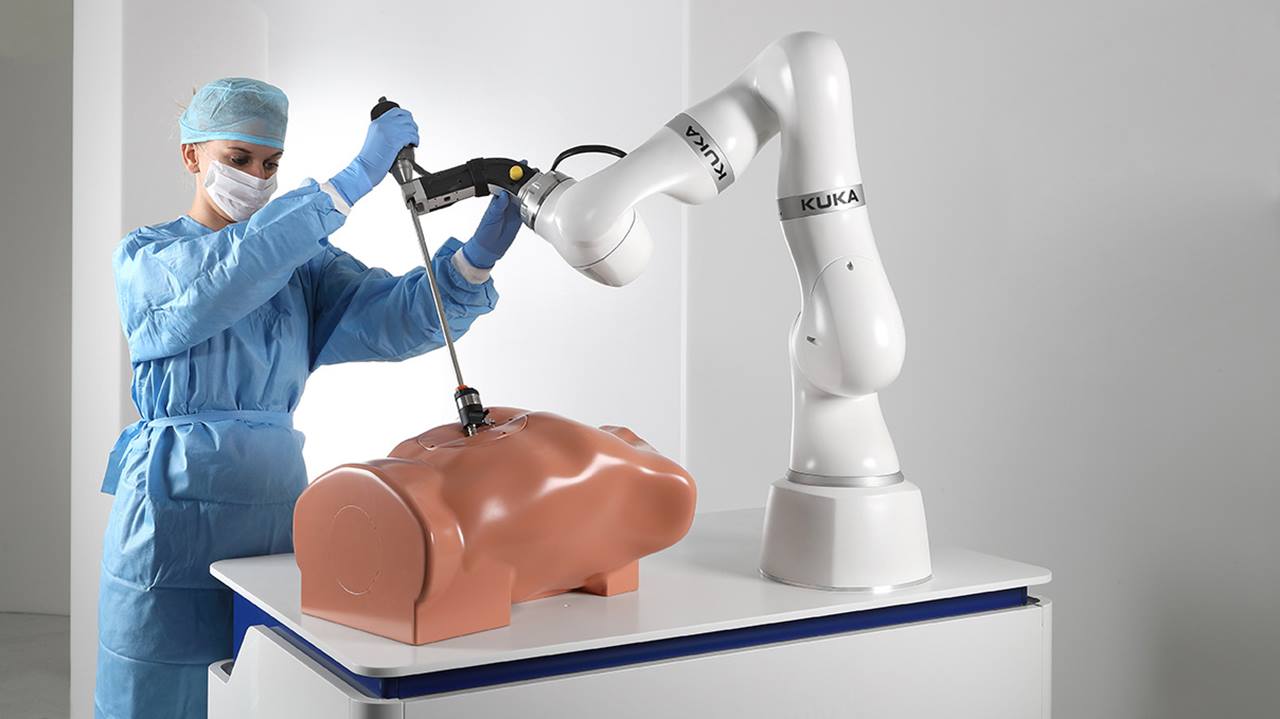 The Kuka LBR Med – short for medical – is designed to be operated in the “immediate vicinity” of the human operator.

The robot maker sees the new cobot as having applications in the health sector, as “an assistant for tasks rehabilitation or in the operating room”.

The LBR Med meets the regulatory requirements of IEC 60601-1, which is the internationally agreed standard for medical electrical equipment.

Kuka says it has made extensive adaptations to enable operation of the innovative lightweight robot under the strict requirements of medical treatment and interventions.

It has biocompatible and corrosion-resistant surfaces, says the company. Internally routed connections offer a further point of compliance with the hygienic standards in doctors’ offices, clinics and operating rooms.

Kuka also guarantees inspection of the LBR Med through the IECEE CB scheme according to standard IEC 60601-1.

With the CB – Certified Body – Certificate and CB Report from Kuka, complex testing is reduced and certification procedures are made significantly easier, says the company. Kuka says it takes care of this in the factory.

But as well as the applications in the surgery, the LBR Med robot can be used for wide variety of medical applications, says Kuka.

Equipped with the right tools and program, the LBR Med can be used to assist with endoscopy or biopsies. It can be used to saw bones or for the fixation of pedicle screws.

The sensitive seven-axis robot is based on “revolutionary” lightweight robot technology from Kuka, which claims to have been “completely redefining human-robot collaboration for years”.