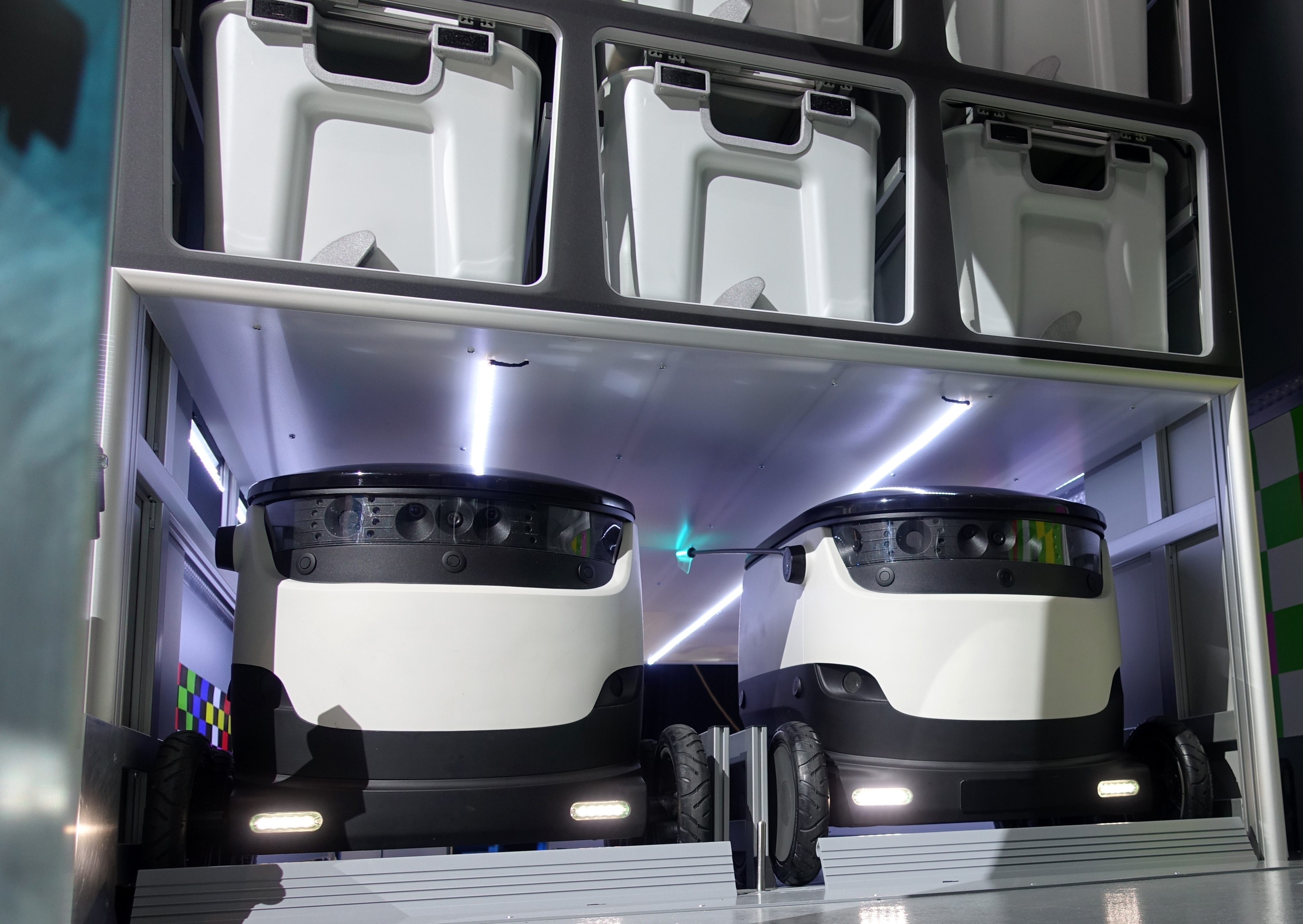 As lead investor, Mercedes-Benz Vans participated in the €16.5 million financing round.

The two companies already introduced the so-called mothership concept back in September 2016. The concept combines the advantages of a van with those of an autonomous delivery robot.

A Sprinter presented as a prototype serves as a mobile loading and transport hub for eight robots. Thanks to the intelligent interlinking of delivery processes, it will play a part in significantly improving the efficiency of last-mile delivery logistics in future.

The mothership concept is the first outcome of a research and development cooperation between Mercedes-Benz Vans and Starship Technologies that began in 2016.

Through its financial commitment to Starship Technologies, Mercedes-Benz Vans says it is now reinforcing this strategic, long-term collaboration.

Volker Mornhinweg, head of Mercedes-Benz Vans, says: “The robot can only travel short distances under its own power and until now has had to return to the warehouse to be reloaded after each delivery.

“On the one hand, the introduction of the van as a mobile hub widens the operational radius of the robots significantly, while also rendering superfluous the cost-intensive construction and operation of decentralised warehouses.

“We see the combination of these two technologies as an opportunity to give our van customers access to some completely new services and business models. At the same time, we make the delivery process much more convenient for the end customer.

“For example, the concept makes it much easier to deliver goods to the end customer on time.”

Mercedes says its aim is to develop the concept systematically over the coming months. As the two companies recently announced at CES 2017 in Las Vegas, initial pilot tests for this combination of van and robot are planned for Europe.

Following pilot testing of the delivery robots, which has been and continues to be undertaken by Starship Technologies with other partners, the plan is to begin widespread testing of the joint concept with one or several logistics partners.

The launch of the pilot project in a real-world environment is scheduled to take place later this year.

The transformation of the transport sector

Mercedes-Benz Vans says it is set to transform the transport sector with unveiling its strategic future initiative adVANce last September.

The business division is systematically directing its focus at new, quickly changing customer needs, with a particular eye to identifying innovative solutions.

The company will invest some 500 million euros in the advancement of digitisation, automation and robotics in vans as well as in innovative mobility offerings until 2020.

Mercedes-Benz Vans says its is evolving from a “globally successful van manufacturer into a supplier of holistic system solutions”.