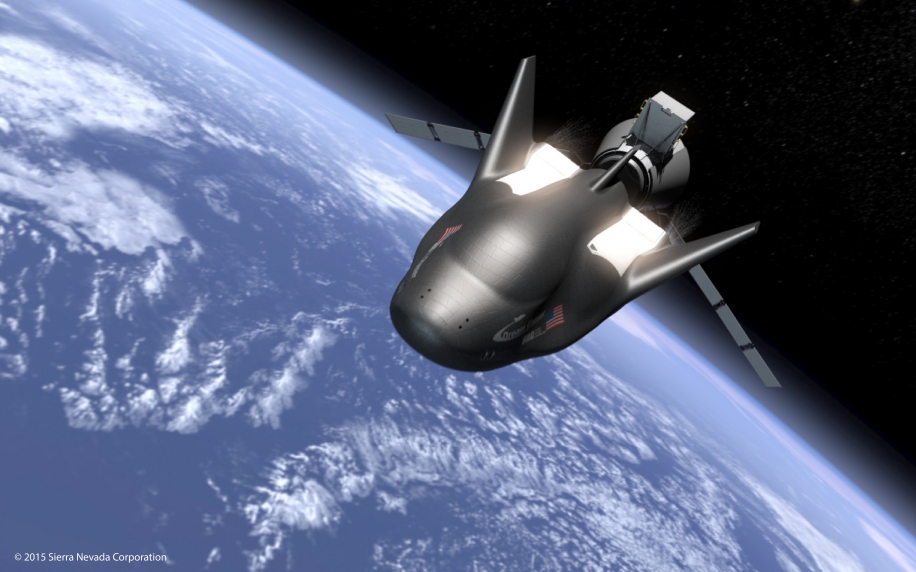 Whether it’s space taxis or passenger cars, America’s Cup yachts or Formula 1 race cars, products are more complex, smarter and more connected than ever before. Product Lifecycle Management software helps manufacturers transform their operations into digital enterprises and lead the way – with smarter products and smarter machines making them.

The world’s fastest Space Utility Vehicle will have to be able to withstand a lot.

When plying its standard route between the Earth and the International Space Station, which circles the Earth at an altitude of about 250 miles, transporting cargo there and back, it will do more than merely travel at over 17,000 mph (Mach 25).

The Dream Chaser, as it is known, will also have to withstand temperatures of more than 3,000°F.

The heat generated by atmospheric friction during re-entry is enough to melt many materials, making this a very special sort of stress test.

To ensure that the Dream Chaser spacecraft can meet such challenges, both the materials and structural engineering calculations behind it must be correct, fulfill a huge number of requirements, and work harmoniously.

The vehicle itself must be the perfect shape, and simulations of its launches, flights and landings must be performed thousands of times before it is built and put into operation for the first time.

Space is an extremely harsh environment and is very unforgiving of errors. The Dream Chaser spacecraft development and simulation processes are ambitious, expensive and time-consuming. 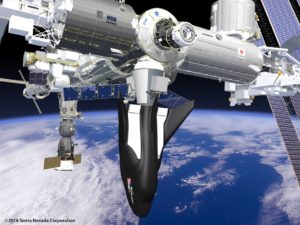 Sierra Nevada Corporation’s Space Systems, which is developing and building this reusable SUV, has gathered over 25 years of experience in space, supporting more than 450 missions and delivering 4,000 products, with no failures.

More than 70 of these successful missions have been performed for NASA. In other words, it is a heavyweight with its expertise in the weightlessness of space. Every bit as stringent are the demands that SNC’s Space Systems makes of its partners.

For the Dream Chaser mission, SNC has recruited a “Dream Team” of world-class companies in air and space travel, software, materials, and advanced research – including Siemens PLM.

Siemens’ PLM software provides the innovation platform through which manufacturers incorporate extremely high data volumes from complex products at high speeds, analyze them and make them available to all participants.

Product development teams work in an integrated product design CAD (computer aided design) environment, in which different approaches must be reconciled. While it may sound simple, the role such an environment plays is critical: if an engineer has all of this data in one system, there is no need to spend time constantly uploading, downloading, cutting, inserting and sending.

Having a single, secure source is the critical factor underlying the success of missions such as Dream Chaser and the Atlas V rocket from United Launch Alliance.

In the case of the Dream Chaser spacecraft, one of the strengths of the NX software solution is that a wide range of designs can be simulated at little cost. The software makes it possible to determine, even before a prototype is built, which forms and combinations of materials would be most appropriate for the purposes of this SUV.

For example, tiles are used to protect the spacecraft against high pressure and extreme temperatures when re-entering the Earth’s atmosphere.

While the many protective tiles used on earlier Space Shuttles were of different sizes, making them costly to replace, more than half of the tiles on the Dream Chaser are of uniform size, thus substantially reducing manufacturing costs.

“The same forces that are transforming what you innovate will transform how you innovate,” says Chuck Grindstaff, CEO and president of Siemens PLM Software, who has been involved in developing software for the past 36 years.

“Advanced robotics, 3D printing, knowledge automation, these are examples of where smart innovation is going. What they all have in common is that they are driven by the forces of digitization. To the extent that manufacturers leverage the digital thread to innovate, that will determine how proactive digitization will be in driving their new business opportunity.”

Clearly, those who transform their operations into a digital enterprise will lead the way. And Siemens’ PLM software illustrates how this can be accomplished – by helping manufacturers across industries optimize digital enterprises and realize the innovations they need for a competitive edge. The result is not just smarter products, but smarter machines making them.

At the heart of PLM is the ability to realize products in part by the simulation of a digital twin – essentially a virtual copy of the end product in which its individual components can be inserted in different configurations and thoroughly tested – along the entire development chain.

An example is the landing of the Mars Rover Curiosity, which has been in service on the Red Planet since 2012 and was simulated thousands of times before it happened for real. Another example is American Axle. Simulations using digital twins enabled this US automobile supplier to reduce road noise and vibrations and cut warranty costs by 20-30 percent per year.

Siemens’ most innovative customers are already transforming their digital enterprises. What’s new is that these activities have moved beyond air and space travel to the manufacture of consumer goods. Maserati, for instance, hopes to boost its position in the premium market with its new Ghibli and multiply its sales.

Considering the expected associated growth in Maserati’s production volume, it is important to maintain the brand image and product quality associated with the manufacture of high-quality luxury automobiles.

With this in mind, Ghibli’s end-to-end product lifecycle was entirely managed with Teamcenter as its collaboration platform and data backbone, NX for advanced design, and Tecnomatix for process definition and virtual simulation of production.

In order to bring such innovations to the table for its customers, Siemens runs its own digital enterprise: the Siemens Electronics Works Amberg, along with its sister plant in Chengdu, China. The company says the two plants are “an ideal example” of how Siemens PLM software can be used.

Every day, about 50 million items of process information are generated and fed into the plant’s Simatic IT manufacturing execution system. The software defines all of the manufacturing rules and processes.

In this way, the production process is recorded and controlled at a virtual level from start to finish. It is also closely networked with the R&D department. The latest data on the refinement of Simatic is sent directly to the manufacturing processes using the NX and Teamcenter software solutions.

“Siemens is the only company that makes such digitization possible throughout the entire product and production lifecycle,” Grindstaff says. “We take lessons from the Amberg experience and apply them toward helping our customers drive their own levels of innovation.”

Optimum preparation in the virtual space is everything. For example, leading US machine tool manufacturer Kapp Niles uses PLM software at a virtual level to make its machines ready for actual production.

According to Kapp Niles, the Mechatronics Concept Designer – a program that creates and tests alternative mechatronic development concepts from an early stage in the development cycle – enables programming tasks to be completed at a work station in just a week, compared to three weeks of work on a machine’s realworld counterpart.

Bringing the America’s Cup back to Britain

PLM software can also play a part in realizing very individual wishes. An example from the world of sailing is the development of the perfect catamaran, with which Land Rover BAR would like to take the America’s Cup back to the UK for the first time since 1851.

Using PLM, the team headed by Sir Ben Ainslie, winner of the 34th America’s Cup, can simulate a range of geometries, analyze and test them, and find the right balance in terms of the demands of speed and stability.

“Thanks to NX, we can test a hundred geometries at the touch of a button,” reports Andy Claughton, Chief Technology Officer of Land Rover BAR.

A further benefit for sailing professionals is the huge saving of time that would previously have been devoted to bureaucratic paperwork.

The rules of the America’s Cup require participants to document the history of every component in terms of its constituent materials, their origin and manufacture.

Finally, the software even permits last-minute improvements: once the competition is underway, it is possible to check whether particular parts need to be replaced, removing that last grain of weight that could prove the deciding factor for victory.

Together, NX and Teamcenter enable a complete and comprehensive development process from concept to the surface of the sea.

“The ability of NX to generate geometries quickly and easily is fundamental because every question we ask ourselves starts with geometry,” says Claughton. “Everything stems from a robust CAD model. Only then can we analyze weight and behavior; produce renderings to show the sailing team the controls and displays; or print plastic samples for the sailors and shore crew to check.”

Teamcenter condenses everything into one single environment.

“Now that we have a library of parts and established workflows”, Claughton continues, “we do not always have to start from scratch. Each boat moves on from the last and we frequently use the clone tool to clone particular parts or subsystems and quickly try out a different approach. From one baseline, we can run two or three different threads of development and then bring them back together.”

“This type of digital planning represents nothing less than the future of innovation,” says Grindstaff. “You need to know more than what has to be done with an innovative idea – you need to know how to deliver it.

“For this to happen, all users must be engaged with the right information at the right time and in the right context to enable them to take decisions quickly and accurately.”

Grindstaff considers this information an essential element in being able to draw up smart models that will then optimize themselves on an ongoing basis. “The models have to know what requirements they must fulfill, and how to achieve that,” he says. “They have to understand that they are part of a complex system and are linked together within it.”

Virtual victory in Formula One

In Formula One, there is no such thing as a finished product. A car is a continuously evolving prototype that experiences as many as 1,000 design changes every week, so improving engineering throughput can create a genuine advantage on the track.

Four-time FIA Formula One Constructors’ World Champions Red Bull Racing relies on the PLM digital backbone provided by Siemens PLM to design new components, test them virtually, arrange their manufacture at the click of a mouse, and then install them in a car at destinations across the world.

Compared to the forces exerted on a Formula One driver, a trip in the Dream Chaser should be positively gentle. Its special construction, worked out in virtual space, will make it possible to limit acceleration forces on occupants and sensitive goods at the critical moment of re-entry into the Earth’s atmosphere to just 1.5 g.

Inside the world’s fastest SUV, passengers will experience less than one-third of the forces they would be exposed to on a fast roller coaster ride – an amazing achievement when you consider that the journey began in a digital enterprise on the ground.