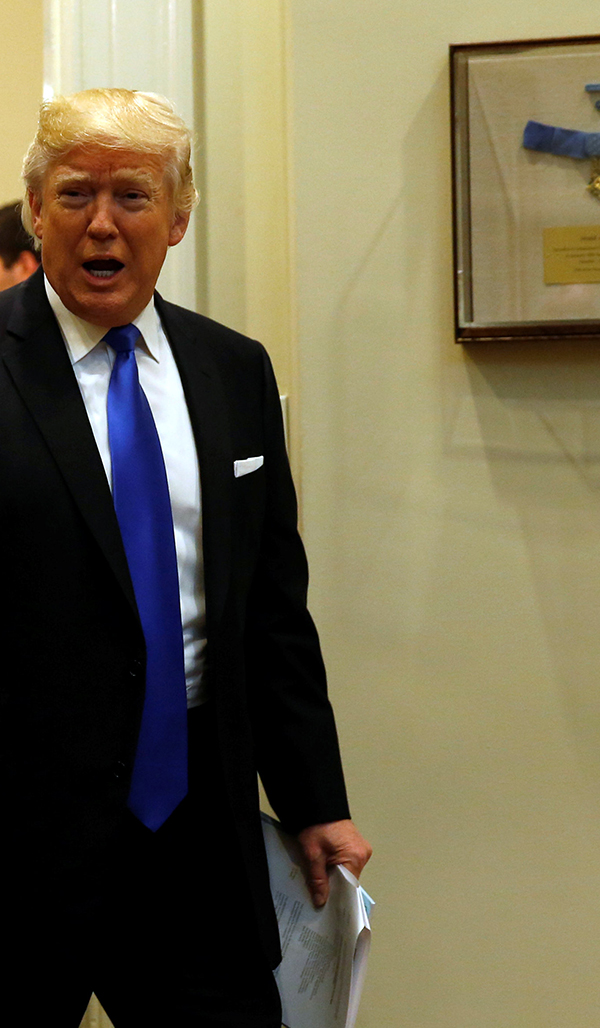 Newly inaugurated US President Donald Trump has signed an order aimed at reducing the amount of bureaucracy involved in getting permissions and licences in the manufacturing and construction sectors.

Trump got elected partly on a platform to rejuvenate manufacturing and industry – or his “make it in America” mantra – and these first few days have seen some big changes proposed.

The order he signed is designed to streamline the administrative process, which Trump said was “incredibly cumbersome, long, horrible”.

He said he could cut red tape by 75 per cent.

Critics say these projects are likely to damage the environment, but Trump has always made it clear that he doesn’t have much time for “climate change” arguments.

Beyond construction, Trump has been putting a lot of pressure on global manufacturing companies, particularly automakers, like General Motors, and computer giants, like Apple.

And many of the companies have responded by saying they will either divert at least some of their investment intended for overseas back towards the US, or create new expansion in the US.

The latest company to pledge some manufacturing investment into the US is Foxconn, one of the world’s largest contract manufacturers, and the maker of iPhones and iPads for Apple.

Foxconn is rumoured to be considering spending more than $7 billion in setting up a manufacturing plant in the US.

Foxconn CEO Terry Gou said the company would build the plant through its Sharp unit, and the product will be display units. The number of jobs created would be between 30,000 and 50,000.