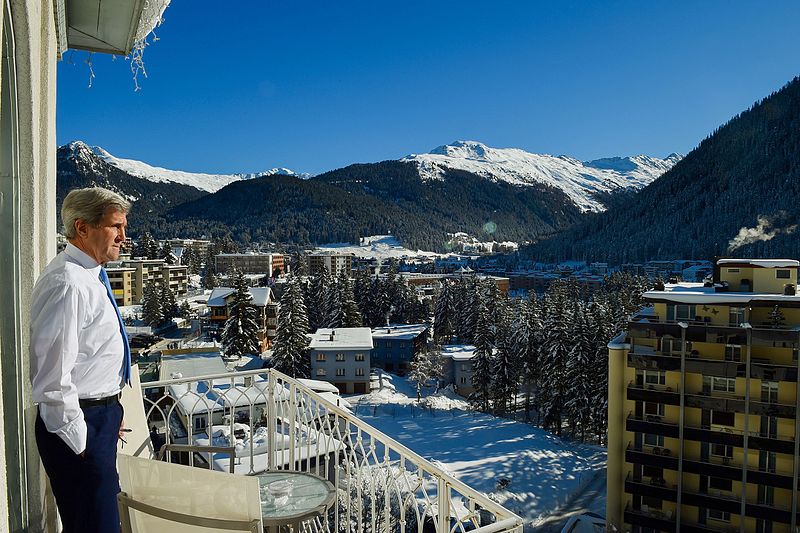 In a report specially prepared for the World Economic Forum meeting of world leaders from business and politics at Davos, Switzerland, Infosys says businesses and economies which adopt artificial intelligence are seeing dramatic growth.

The IT consulting giant says companies and countries which embrace AI can expect to see revenue rise around 40 per cent by 2020.

Infosys adds that 80 per cent of AI adopters who can replace workers with computer systems are actually planning to retain and retrain their staff.

Infosys says the report revealed a “clear link between an organization’s revenue growth and its AI maturity”.

In other words, organizations who report faster growth in revenue over the past three years were also more likely to be further ahead when it comes to AI maturity.

AI is perceived as a long-term strategic priority for innovation, with 76 percent of the respondents citing AI as fundamental to the success of their organization’s strategy, and 64 percent believing that their organization’s future growth is dependent on large-scale AI adoption.

While there are ethical and job-related concerns, 62 percent believe that stringent ethical standards are needed to ensure the success of AI – most respondents seem optimistic about redeploying displaced employees with higher value work.

The majority, 85 percent, plan to train employees about the benefits and use of AI, and 80 percent of companies replacing roles with AI technologies will retrain or redeploy displaced employees.

Sandeep Dadlani, president and head of Americas, Infosys, said: “Artificial Intelligence adoption is on the rise and we are excited to see the investments in AI that businesses are gradually making to derive meaningful and creative change.

“The achievements are remarkable and the opportunities AI is bringing forth are vast. As we are seeing AI mature and gain momentum, our research shows that the next four years will witness further spikes in interest, and general bullishness about the significant value and benefits that can be obtained through AI adoption.

“As an industry therefore, we must take necessary steps to ensure AI is developed morally and ethically across every part of society and that employees are actively engaged and provided with the necessary training to be central to this journey.”

Businesses expect noticeable AI adoption and growth by 2020: Organizations that have already deployed or have plans to deploy AI technologies expect to see a 39 percent average increase in revenue by 2020, alongside a 37 percent reduction in costs. 76 percent of IT and business decision makers see AI as pivotal to the success of their organization.

Businesses plan to invest in skills development: In 80 percent of cases where companies are replacing roles with AI, organizations are redeploying or retraining staff to retain them in the business. Furthermore, 53 percent are specifically investing in skills development.

The leading industries that plan to retain and retrain their workers are: fast-moving consumer goods (94 percent); aerospace and automotive (87 percent); energy, oil and gas (80 percent); and pharmaceutical and life sciences (78 percent).

The research reveals AI will cause greater investment in workforces, specifically China (95 percent), France (90 percent), Germany (89 percent), the UK (82 percent), and the US (76 percent).

Addressing ethical concerns is essential for AI success: Two-thirds of those surveyed have not fully considered the ethical issues related to AI, such as employee concerns about handing over control, and industry regulations.

Market and Industry results show differences: Based on the responses, companies in India and China are much more likely to state that they are ahead of their industry competitors when it comes to AI use, followed by Germany, the US, UK, France.

Fast moving consumer goods (57 percent) and telecoms (48 percent) are much more likely to report that they have already felt AI disrupting their sector. Pharmaceuticals and life sciences reported the widest usage of AI technologies that are working according to their expectations, leading to the highest AI Maturity Index scores by industry.

Businesses are at the start of their AI journey: Only one in ten respondents that have deployed AI technologies believe that their organization is fully maximizing the current available benefits and capabilities of AI.

The majority (90 percent) report that their organization’s employees face challenges or concerns relating to the adoption of AI. Around four in ten respondents believe that the time to implement, ease of use and the interoperability with other systems and platforms are areas of AI that require the most improvement before it can be effective in their organization.

There are also areas of AI adoption that need to be addressed with training, education and transparency in the workplace. Safety of data (43 percent), job security (40 percent) and pay rates (30 percent) are the foremost areas of workforce concern despite the broadly positive outlook for AI adoption.

Other key research findings include:

AI in action: Big data automation (65 percent) and predictive/prescriptive analytics (54 percent) are the primary AI applications today. On average, the companies surveyed have invested $6.7 million in AI in the last year, and have been actively using AI for an average of two years.

Risk and reward: 71 percent agree the rise of AI in the workplace is inevitable, citing positive change for business prospects, employees and society.

However, over half (51 percent) admit that cost reduction is an area of AI that requires the most improvement before it can be effective for their organization.

Deployment: 88 percent also report that their organization’s customers and suppliers face challenges and concerns relating to the adoption of AI. Four in ten point to a lack of understanding of the benefits and intended uses for it, while 38 percent flag a general mistrust of the technology. A similar number (37 percent) indicated their preference to work alongside and interact with human workers rather than machines.

In short, AI is taking over

Overall, Infosys says its study demonstrates the role AI can play in business growth, create opportunities for people to do more than what their current job and education enables, and drive long-term macro environment benefits.

Decision makers Infosys surveyed believe AI will bring out the best in their organization’s people (65 percent), and feel it can deliver positive societal (70 percent) and economic (76 percent) change.

This article was first published on em360tech.com and is republished here with permission.