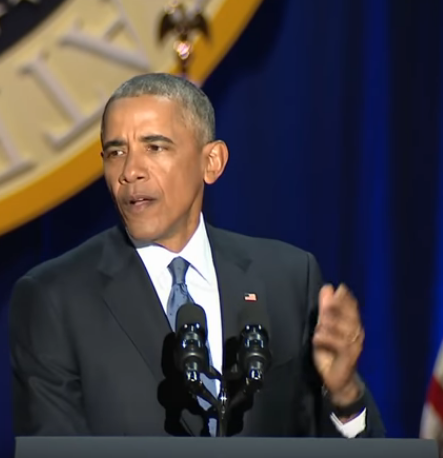 In his farewell address to the nation, US President Barack Obama warned of the dangers of automation technology.

Obama said: “The next wave of economic dislocations won’t come from overseas. It will come from the relentless pace of automation that makes a lot of good, middle-class jobs obsolete.”

The Obama administration has been looking the whole issue of robotics, automation and artificial intelligence, and consulting on the possible impact of those technologies on the US economy.

The White House has issued numerous statements and produced a number of research papers on the subject, and there have been some dire predictions contained within them, although the reports are generally optimistic about the future.

In one blog post, Ed Felten, deputy US chief technology officer, writes about AI systems which have the potential to replace human workers.

Often referred to as “digital employees”, these systems can do the work of large numbers of the 22 million or so humans the US government currently employs.

And in the President’s annual report to Congress, Obama likened the increase in productivity brought about by computer-driven automated systems to the step-change which occurred during the age of steam.

In the latest pronouncement on the subject of Artificial Intelligence, Automation, and the Economy, some of the most well known economic advisors noted that the new technology will “disrupt the current livelihoods of millions of Americans”.

Obama says the answer is to provide the next generation of Americans with the education and skills they will need to cope in a world full of robotics, automation and AI. And give more power to workers’ unions so they can try and close the gap between themselves and the rich elite.

“There are no quick fixes to this long-term trend,” said Obama. “So we’re going to have to forge a new social compact to guarantee all our kids the education they need to give workers the power to unionize for better wages; to update the social safety net to reflect the way we live now, and make more reforms to the tax code so corporations and individuals who reap the most from this new economy don’t avoid their obligations to the country that’s made their very success possible.”