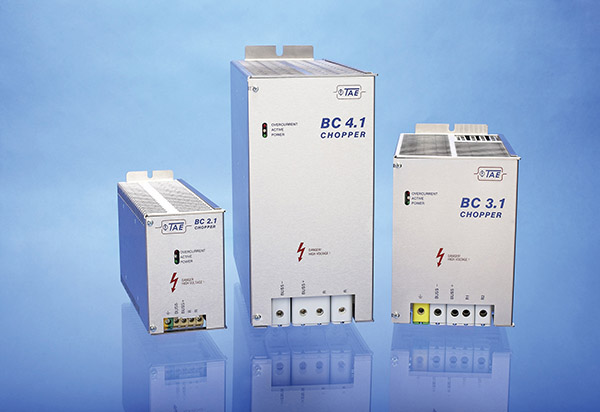 John Mitchell, global business development manager of maintenance and repair specialist CP Automation, looks at the dangers of taking your IGBT for granted

Many drives manufacturers design and build their products with a seventh Insulated-Gate Bipolar Transistor (IGBT), in the form of a brake chopper, incorporated into the device.

Manufacturers often include a brake chopper up to a certain size of inverter, but beyond that size, they will expect customers to use an external unit.

However, to reduce the cost of the drive to the end user, the seventh IGBT isn’t necessarily rated to the full power rating of the drive itself.

Most inverter manufactures will argue that the cost benefit of not rating the IGBT to the full capacity of the drive is more than worth the loss of braking capacity. Furthermore, there is an argument that this is a legitimate design decision – manufacturers will claim that a very high percentage of end user applications don’t actually the full braking capacity.

In very light duty applications, such as emergency stop applications for instance, underrating the built in brake chopper wouldn’t be a problem. In fact, anything that is up to ten per cent duty will be very unlikely to suffer any kind of issue at all.

In contrast, any kind of application where the drive system has to stop and start regularly, such as an elevator or conveyor, needs to pay more attention to the brake chopper.

The real problem is not the manufacturer’s decision to install a low capacity IGBT but the decision not to make this information very clear in the manual and the accompanying documentation.

The key point in any application is that the mechanical stopping of the load is just as important as selecting the drive system.

For instance, a fifty-metre crane that lowers at half a metre per second will clearly take 100 seconds to lower fully. It may only do that twice a day, but when it does, it is operating at full capacity – not 30 per cent or 50 per cent. From a chopper and resistor point of view, that is a continuous period that the drive’s onboard brake chopper couldn’t cope with.

The drive manufacturer might argue this only represents 20 per cent duty, but that’s where the application knowledge of the integrator or maintenance team becomes crucial.

During the 100 seconds of descent, the application is dumping more and more energy and the resistors are getting hotter and hotter.

It could be quite dangerous to attempt this kind of application with an inadequately sized internal seventh IGBT.

The bottom line is that brake choppers should be sized for the worst case, not the cumulative case. If you’re worried you might be ignoring your drive applications, it would be worth getting in touch with a professional automation maintenance and repair specialist.