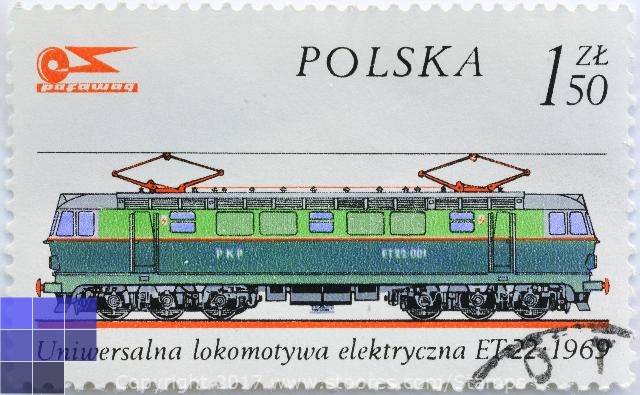 But unassuming and unpretentious Poland, with its deep and modern industrial history, is undoubtedly ready to bring its own brand of commercial culture and its complex characters for which we don’t know the keystrokes – the umlaut is the limit of our typing skills.

Moreover, Germany is Poland’s neighbour and largest trading partner, so the Polish delegation usually has a large presence at Hannover Messe.

Any US president enjoys worldwide fame – it goes with the territory. But Obama has always been in a class of his own, more of a global celebrity, almost like a Harlem Globetrotter, which was probably his dream growing up, but he had to settle for being the most powerful man on the planet instead. We all have to compromise.

Obama’s celebrity status compares well to the late John F. Kennedy, or JFK, whose famous “Ich bin ein Berliner” speech was one the first black president of the US emulated in his own open-air speech attended by tens of thousands when he visited Germany as president for the first time in 2008.

By far the most charismatic orator of all modern political leaders, Obama seemed to have enjoyed his trip to Hannover Messe, often looking wide-eyed in the face of such mind-boggling technology often shown for the first time at the event.

But while Poland is just one country and not a subcontinent like India or the US is, the central European nation is nonetheless one of the strongest economies in the world, regularly being listed just outside the top 20 – between 22 or 25 in the past few years.

According to World Bank statistics on Poland, the gross domestic product of the country in 2015 was around $477 billion. That works out to be approximately $13,000 for each person in the 40 million population.

The country’s service sector is huge, making up around 60 per cent of the economy, compared with industry, the next biggest sector, which accounts for about 30 per cent. Agriculture is calculated to be around 5 per cent.

The appliance of science

According to researchers at Hannover Messe, Poland is a “scientific country” which is undergoing “rapid and stable growth”, and is particularly solid in the area of research and development.

Economic indicators published by the European Union suggest Poland’s industrial production is significantly higher than the average for the 28 nations in the EU.

In fact, Poland’s growth in industrial production was higher than the average in every month of 2016, peaking in April at almost 6 per cent, compared with the EU average of just over 2 per cent.

Business consultancy firm McKinsey says Poland is one of the world’s leaders in the business services sector. It is particularly successful in IT-enabled off-shored services, a category in which Poland has outpaced the rest of Central Europe, and grown three times faster than India.

In its report, How Poland Can Become a European Growth Engine, McKinsey says the country stands at a crossroads after 25 years of growth. One of the ideas McKinsey suggests is that Poland could become a major food supplier for Europe. The country has the fourth largest area of arable land in Europe, after France, Spain and Germany, which puts the relatively small agricultural sector of the economy in a new perspective – there may be opportunities for growth there.

In the technology sector, Poland could become “truly competitive on a global scale”, says McKinsey, as it grows its research and development activities. This sector, like agriculture, is also a potential growth area.

“Technologically advanced industries in Poland, including advanced manufacturing and pharmaceuticals, make up about 2 percent of Poland’s economy, compared with 5 percent in Germany and 4 percent in the Czech Republic,” says McKinsey.

Moving up the value chain

The manufacturing sector, which is perhaps most relevant to Poland’s partner country status at Hannover Messe, is “emerging as a stronghold in Poland”, says McKinsey, adding: “The sector includes segments of auto manufacturing, furniture, food processing, textiles, and chemicals. It is second only to the service industries in advancing Poland’s competitive position, and as such is poised for competitive expansion on the international market.

“This sector builds on proven advantages of the Polish economy and has potential to become a major engine for growth. Polish entrepreneurs should raise their ambitions from competing on cost alone to competing on brand and technology as well. The country will not succeed on a predominantly lower-labor-cost model in the long term.”

Poland’s geographical location – between Germany and Russia – would seem to provide the country with two wide open goals to aim for, and suggests that the country has at least two golden opportunities for industrial growth in the years ahead if it plays well and has the correct strategy and tactics, and keeps going right to the final whistle. Hannover Messe could well be the pitch on which it scores those two goals to make an extraordinary comeback in extra time, and take home the prized trophy it has been preparing to win for more than 25 years.