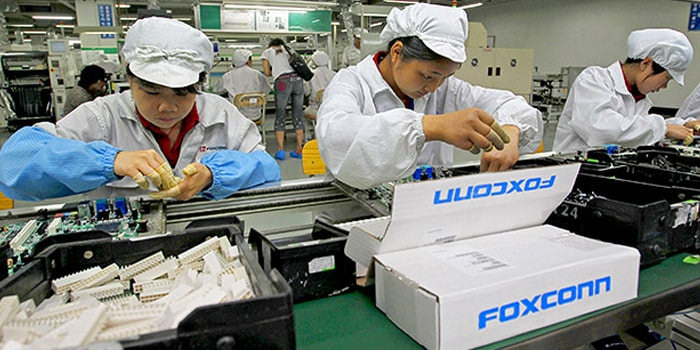 Hon Hai Precision, better known as Foxconn, says it will replace all its human workers with robots, according to a report in Futurism.com.

Quoting DigiTimes.com, Futurism says Foxconn has announced a three-part plan to fully automate its factories in the hope of achieving 30 per cent automation by 2020.

Foxconn currently has about 40,000 robots – or Foxbots – working in its factories. The company says it has the capacity to produce 10,000 Foxbots a year.

Foxconn is Apple’s main manufacturer and makes iPhones and iPads for the tech giant.

According to the report in DigiTimes, general manager of Foxconn, Dai Jia-peng, of the company’s Automation Technology Development Committee, the three stage process will be as follows:

Some of Foxconn’s factories have already been brought into the second phase, and there are 10 “fully automated” production lines at some of the factories.

Foxconn and Apple have been the subject of some attention by the incoming president of the US, Donald Trump, whose campaign pledge was to bring back manufacturing jobs to America.

If, as reported elsewhere, Foxconn does expand its manufacturing operations in the US, it doesn’t necessarily mean significantly more jobs will become available – unless you count jobs for robots.