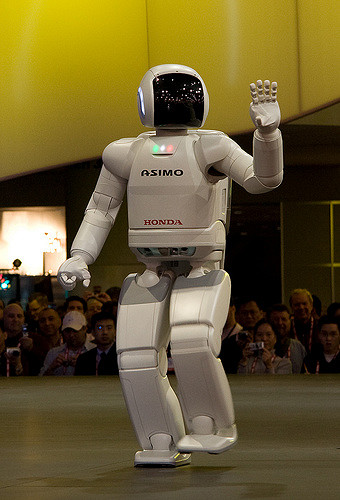 This year’s Consumer Electronics Show is all set to be the biggest one yet for robotics.

With recent advances in artificial intelligence, combined with newly affordable sensors and other materials required to make the machines, robots are no longer going to be a rarity at any tech event.

In the past, if they’ve been seen at events, robots usually appear at specially designed shows for their kind. But now, they’re everywhere and they’re threatening a total takeover. 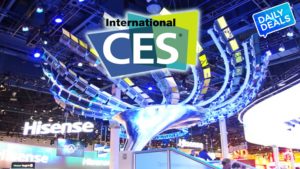 We can’t do a thorough search through the CES website to find all the robotics companies which will be at CES because the CES website is running very slow at the moment. Not surprising, since we’re just a couple of days away from the event and literally millions of people are probably on the site right now.

Anyway, we thought we’d turn to the next best source, arguably – CNet, which highlights a number of robots, including:

A separate article by SlashGear.com highlights a home robot, a “family companion”, called Kuri, which will also be showcased at CES.

Kuri looks like it could be the offspring of the Michelin Man, and was developed and built by Mayfield Robotics, which says the mobile robot can be operated through a smartphone app and has numerous capabilities, including listening to and acting on voice instructions, and facial recognition.

Essentially, Kuri is a smart home gadget – much like ones in the Amazon Alexa range of products – which moves around and responds to prompts by the user.

Another company which will show off its robotics knowledge at CES will be LG, which seems to be trying to sit alongside Amazon Alexa’s smart home range.

LG says its Hub Robot – to be premiered at CES – uses “powerful analytical processing power”, which enable it to navigate complex environments and decipher the most efficient and effective path to accomplish tasks.

As well as Hub Robot, LG plans to reveal another robot at CES, which will “demonstrate new capabilities for tending to one’s yard and garden” says the company.

The company adds: “LG’s robot lineup will also include models designed for commercial use in public spaces such as airports and hotels to help improve the traveler’s experience.”

LG – which is massive in consumer electronics – expects artificial intelligence and robotics to be a “major theme of CES”.

That may well be true, but the market for robots outside of manufacturing and related industries are so far unconvincing.

While Japan and other countries are planning to invest a lot of money in service robotics in the hope that they can help look after the growing population of elderly people, no one has yet proved a viable commercial market for humanoid robots.

Outside of university research, and corporate experiments, humanoids are mainly a subject for science fiction. Although Honda’s Asimo did make a famous appearance at CES a few years back. Otherwise it’s mostly dudes in robot costumes.

Anyway, that’s the situation now. Who knows which robot will be in charge by the end of the year?