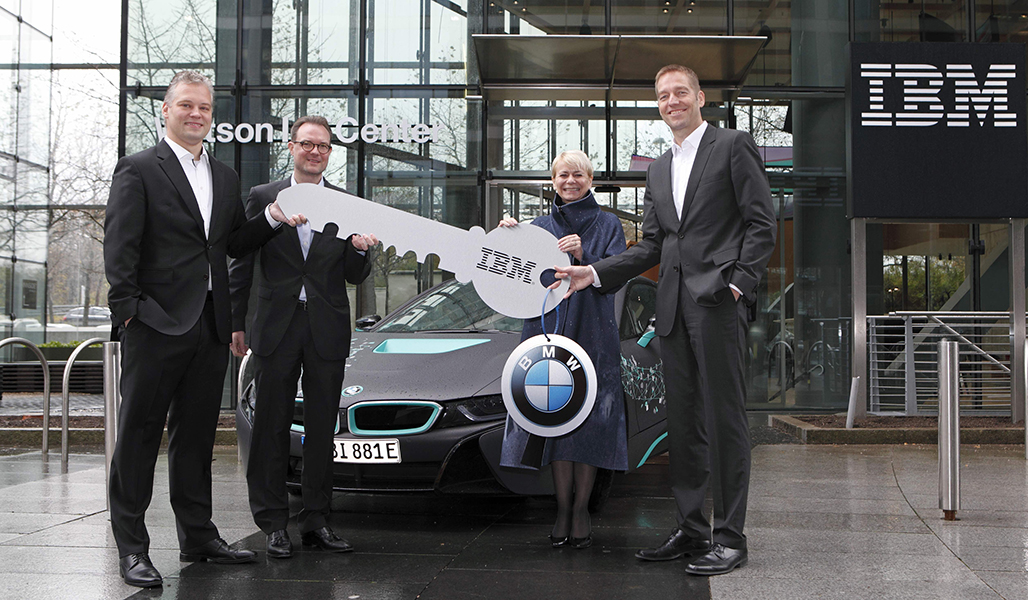 IBM has entered into a new collaboration with the BMW Group, through which the companies will work together to explore the role of Watson cognitive computing in personalizing the driving experience and creating more intuitive driver support systems for cars of the future.

As part of the agreement, the BMW Group will collocate a team of researchers at IBM’s global headquarters for Watson Internet of Things (IoT) in Munich, Germany and the companies will work together explore how to improve intelligent assistant functions for drivers.

IBM recently pledged to invest $200 million to make its new Munich center one of the world’s most advanced facilities for collaborative innovation as part of a global investment of $3 billion to bring Watson cognitive computing to the Internet of Things.

BMW, which also has its company headquarters in Bavaria’s capital, is one of the first companies to sign up to be collocated inside IBM’s building within one of the newly-launched industry “collaboratories”. A team of BMW engineers will work alongside IBM’s own team of technologists, developers and consultants.

Harriet Green, global head of IBM’s Watson IoT business, says: “Watson is transforming how people interact with the physical world – helping to create safer, more efficient and personal experiences at home, at work and on the road.

“With this agreement, our companies will work together to lay the foundations so that drivers can benefit from Watson’s conversational and machine learning capabilities. Our insight shows that while the car will remain a fixture in personal transportation, the driving experience will change more over the next decade than at any other time of the automobile’s existence.”

To further its automotive research and demonstrate the possibilities of Watson IoT technologies to clients, IBM will locate 4 BMW i8 hybrid sports cars at its Munich Watson IoT HQ. Prototype solutions which will run on IBM’s Bluemix cloud platform will help demonstrate how Watson can enable new conversational interfaces between cars and drivers.

Watson’s machine learning capabilities offer new opportunities for vehicles to learn about the preferences, needs and driving habits of their drivers over time, customizing the driving experience accordingly and improving levels of comfort and safety.

The car’s manual will be ingested into Watson so that drivers can ask questions about the vehicle in natural language while still being able to focus on the road.

The aim is for the solution to also incorporate data from the Weather Company (an IBM business) as well as realtime, contextual updates about route, traffic and vehicle status in order to enrich the driving experience and make recommendations to the driver.

A new relationship between people and cars 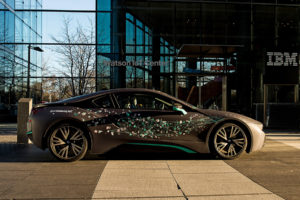 According to an IBM Institute for Business Value study, A New Relationship – People and Cars, vehicles are becoming part of the Internet of Things (IoT) as new mobility options transform consumers’ lives and expectations.

Today’s cars are evolving from a mode of transport to a new kind of moving data center with onboard sensors and computers that capture information about the car, its driver, occupants and surroundings.

At the same time, conversational interfaces are enabling drivers to interact with their vehicles more naturally and, with machine learning, cars can get to know their drivers better and personalize the experience accordingly.

According to IBM’s studies, cars are increasingly becoming: 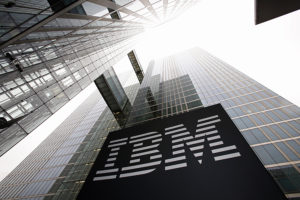 As part of a global investment of $3 billion designed to bring Watson cognitive computing to IoT, IBM has allocated more than $200 million to its global Watson IoT headquarters in Munich.

The investment, one of the company’s largest ever in Europe, is in response to escalating demand from customers who are looking to transform their operations using a combination of IoT and Artificial Intelligence technologies.

Currently IBM has 6,000 clients globally who are tapping Watson IoT solutions and services, up from 4,000 just 8 months ago.

IBM’s Watson IoT headquarters will be home to the first ever cognitive IoT Collaboratories – hands-on industry labs where clients and partners can work together with IBM’s 1,000 Munich-based researchers, engineers, developers and business experts to drive collaborative innovation in the automotive, electronics, manufacturing, healthcare and insurance industries.

It will also benefit from an interactive Client Experience Center equipped with the latest technologies to showcase the possibilities of Watson IoT in cars, buildings, factories and appliances.

IBM says it has “deep knowledge and expertise in the automotive industry”, with dedicated automotive practices in all major vehicle producing countries, software solutions and business consultants with deep industry know-how.