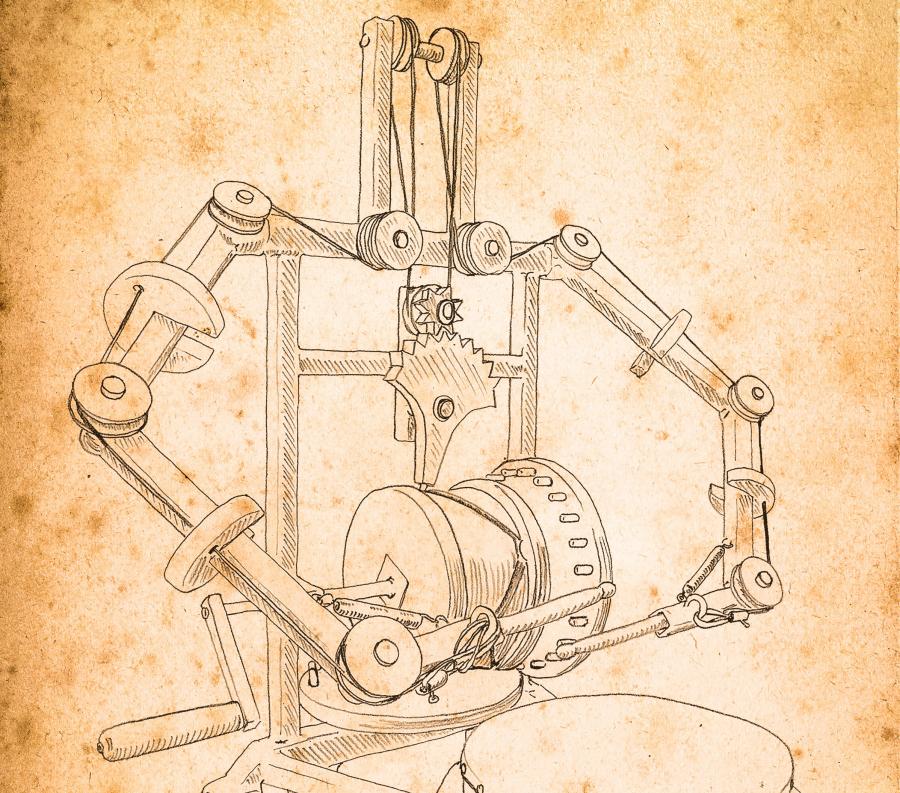 Tony Young, owner and director of supply and repair specialist CP Automation, explains how easy it can be to make industrial applications more energy efficient by using regenerative braking

Did you know the invention of robots dates back to XVth century?

When Leonardo da Vinci explored the idea of the human body as a machine, he came up with a robotic knight – medieval armour designed with gears, wheels, pulleys and cables that allowed it to move its arms and legs.

Premature inventions like this one populate the engineering landscape to this day, often when it comes to energy-saving technologies such as regenerative braking.

One solution suitable for many industrial applications, particularly in heavy engineering, transport, mining, the elevator market and other applications that involve a lot of braking and restarting is regenerative braking.

When braking, an electric motor generates energy that can be used immediately in the local grid and thus reducing the draw from the mains supply.

In effect, this means turning your motor into a generator, converting mechanical energy into electrical energy, which can be fed back to the local network.

The mechanism is extremely common in electric and hybrid vehicles where the energy is stored in the batteries and works particularly well in urban environments, where drivers tend to brake often enough to generate a lot of energy.

Lesser known applications of regenerative braking can also be found in industry. By using a regen unit like RevCon in engine test stands, transmission, escalators, power plants and many other applications that use continuous braking, you can regenerate the braking energy of the driven system, and feed it back into the network.

Regen power can be sized to the application; for a 90kW drive, for example, a 30kW regen unit could be suitable – because it rarely brakes at full capacity. The capacity range of regen can vary anywhere between 4kW and 300kW – the higher the capacity, the bigger the savings and the faster the payback.

A good regen unit should work with any AC drive and should be easy to retrofit to any inverter, irrespective of design or manufacturer, due to its non-software driven installation protocol – plug and play so to speak.

RevCon can use a feed-in tariff similar to the ones found on domestic and semi-commercial wind turbines, to allow companies to charge the electricity supplier for the excess returned power, should the building not use the energy locally.

So why isn’t regen braking used in more industrial applications? Although the cost of regen units has gone down significantly over the last few years, they are still much more expensive than some of their alternatives.

Like many other technologies that were ahead of their time, regenerative braking is likely to increase in popularity in the next few years. To stay ahead of the curve, companies should investigate the benefits of the technology sooner rather than later.