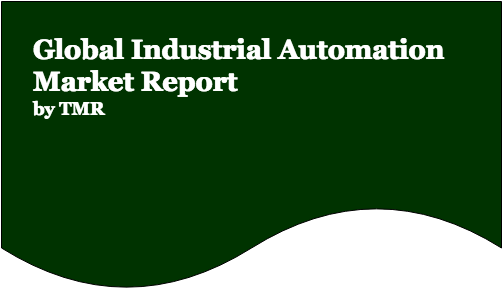 The global market for industrial automation will grow to beyond $350 billion by 2024, according to a new report.

The European share of the global market will reach 30 per cent, says the study by  Transparency Market Research.

Transparency Market Research adds that the global industrial automation market is highly fragmented due to the presence of several players in the market. The top four players with a strong foothold in the global market held a share of 12.2 per cent in 2015.

“Developing new technologies that deliver commercial excellence, functional transformation will be the key focus areas of these companies,” says the lead author of the research report.

TMR says the global industrial automation market is anticipated to reach a valuation of $352 billion by the end of 2024 from $183 billion in 2015. Between the forecast years of 2016 and 2024, the global market is expected to expand at a rate of 6.6 per cent.

The strong growth in the CNC technology segment is driving the global growth of the industrial automation market, especially in the Asia Pacific and Europe region.

Industrial automated products are manufactured in large varieties, each differing from another based on automation type, instrumentation, flow computers, analyzers, operation, and geography.

The industrial automation market has been globally emerging to be a relatively more attractive space for investment by organizations across the world.

In spite of this, the development of the global industrial automation market is affected with massive threats in some regions all over the world, considering the fact that the method caters to human labor replacement with machines and computers.

In terms of geography, the global market is segmented into North America, South America, Asia Pacific, Europe, the Middle East and Africa, and Rest of Latin America.

Of these, Europe is anticipated to lead the global market in the coming years. By the end of 2024, the Europe industrial automation market is projected to acquire a share of 30 per cent in the global market.

Meanwhile, product lifecycle management will be the popularly used technology in the coming years. By the end of the forecast period, this segment is expected to be worthy $44 billion.

The global industrial automation market is expected to witness a significant spike in the coming years as the manufacturing industry is on the cusp of revolutionizing its operations.

The introduction of new technologies that permits manufacturing industries to speed up their processes and ensure utmost efficiency are expected propel the growth of the overall market.

Analysts project that industrial automation is expected to witness substantial growth in areas of metals and mining, oil and gas, automotive and transportation, and pulp and paper industries.

The growing efforts to reduce the human element in several processes to prevent accidents, bring in operational efficiency, and establish a certain quality of output are all fuelling the growth of the overall market.