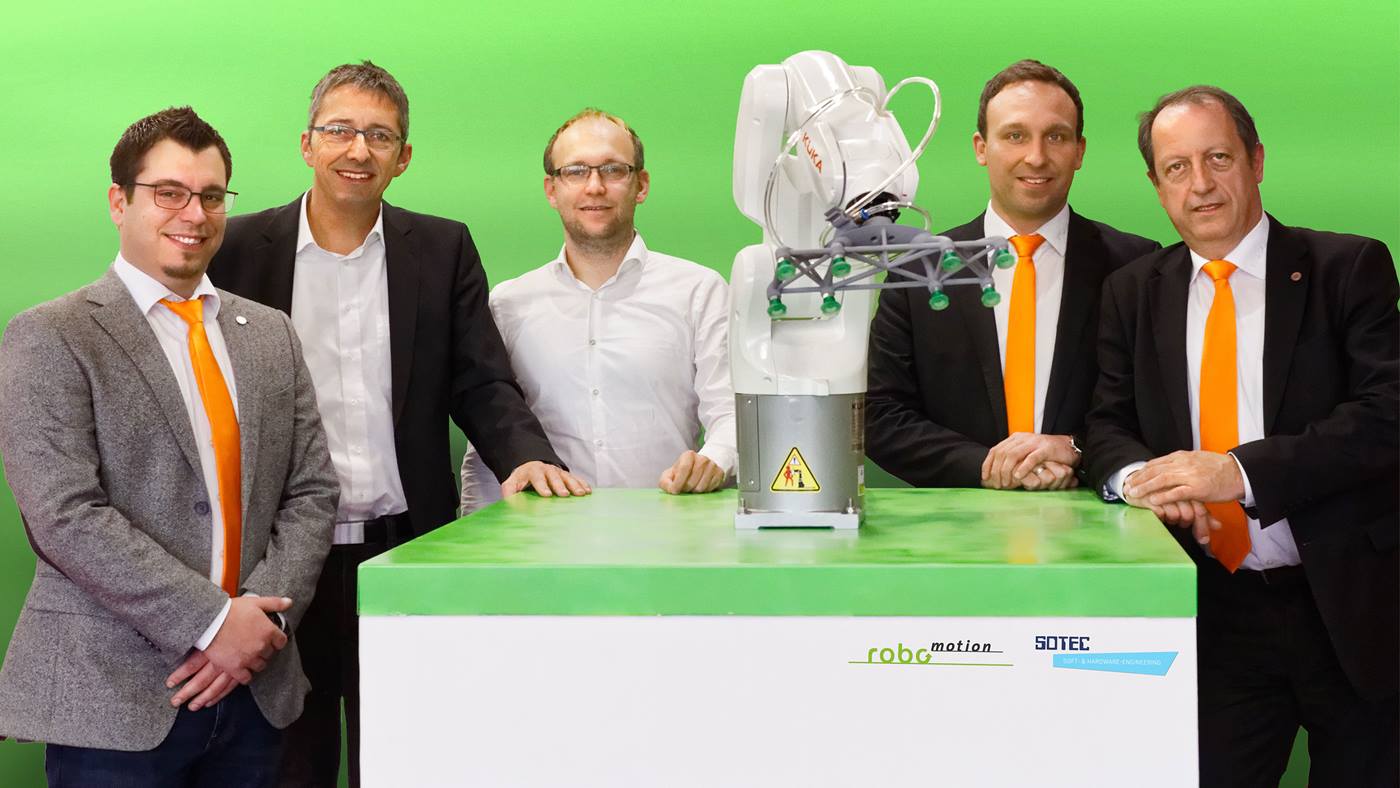 Industrial robotics and automation solutions provider Robomotion and software company Sotec have demonstrated a robotic work cell which they built around the Kuka KR Agilus robot.

The companies claim the cell is an example of “hands-on Industrie 4.0”.

The KR 3 Agilus is at the heart of the demo cell developed by Robomotion and Sotec, and the companies say the cell “demonstrates how the flow of data between robots and the cloud can work”.

Florian Holz, CEO of Sotec, says: “We want to give people an opportunity to experience the technology of Industrie 4.0 that we developed together at first hand.”

With this aim in mind, Robomotion and Sotec jointly developed a demo cell for trade fairs and other events. The centerpiece of this demo cell is a KR 3 Agilus, which carries out pick and place tasks.

Dr Andreas Wolf, CEO of Robomotion, says: “The special feature is that trade fair visitors can control the robot using their smartphones and follow the associated communication that takes place via a monitor.”

The KR 3 Agilus is a new member of the Kuka family of small robots.

Björn Märtens, business development manager at Kuka, says: “We are very proud to have been able to ship our first KR 3 Agilus in Germany.

“The KR 3 R540 is the fastest robot of its kind and has a compact design, making it ideally suitable for operation in confined spaces, as are typically found in the electronics industry, for example.”

The robot is controlled by the KR C4 Compact, which Kuka describes as an “all-rounder”.