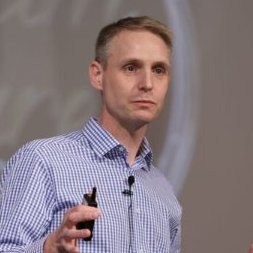 Of all the day-to-day aspects of our lives, transport looks set to experience some of the most dramatic changes as the Internet of Things progresses.

It will impact everything from the driving experience to the very concept of car ownership. And with those changes comes a huge amount of opportunity for car manufacturers, cloud providers and telecommunications companies.

The potential that the IoT holds for the automotive market is only going to increase as new technology reaches the market. It’s set to come into its own once we see vehicle-to-vehicle (V2V) communications systems and cars with true “hands off” autonomous driving capabilities hitting the road, but even now the fundamentals are in place.

We expect to see around 150 million connected cars on the road globally by 2020. By that point, some 90 per cent of all new cars should support the major connectivity protocols and enablers for the IoT. It has all the makings of a digital gold rush.

Bringing cars into the IoT is a lot more complicated than just providing an internet connection, though. We’re talking about the car evolving into a rolling sensor platform, which taps into numerous social opportunities via big data and the cloud.

One of the principal enablers for IoT in the car are the cloud platforms, which connect the cars together and exchange information. From there, the auto makers can provision new services to open up new value chains.

They will be able to offer subscription services and allow the customer to purchase new services using over the air (OTA) updates. We also expect there to be a lot of interest in usage data – gathered anonymously and with the customer’s permission.

That will help the OEMs to better understand their customers, allowing them to create promotional campaigns, brand loyalty programmes and vehicle-centric services.

This will see the relationship between the auto maker and the customer extend way beyond the purchase of the car. Car companies are already starting to embrace subscription services and there will be numerous other ways to monetise the IoT.

According to recent figures, millennials make 54 per cent of their purchases online. Among some subsets of that demographic – particularly at the younger end of the spectrum – that figure is thought to be a lot higher still.

There’s currently a disconnect between this trend and the way that most people buy cars, but that may be about to change.

As car ownership becomes a digital experience it will hand some of the power back to the auto makers, rather than the dealers. This then continues right the way through the product lifecycle.

For that matter, they needn’t actually own the car. Personal leasing is becoming far more common and we see consumers looking at cars in a similar way to how they might currently view a cell phone.

They don’t want to invest tens or hundreds of thousands in a product that will spend 90 per cent of its lifetime stationary not being used.

They want to pay for actually using it and accessing it, in much the same way as they might do with Netflix or Spotify. With that in mind, shared usage schemes along the lines of Zipcar or Uber may become the norm.

We can expect to see a lot more personalisation of the driving experience too. Soon, cars will recognise individual users’ preferences and habits via an app on their smartphone.

As soon as the car is unlocked – using the app – it could automatically adjust to things like the user’s preferred seating position, climate control settings and media playlists.

This is part of the shift that sees the car industry moving towards a digital model – one where the car’s software and services account for a far greater portion of its value than they do currently.

And these services could move with the owner, much like transferring a social media account from one smartphone to another.

Even the fundamental specification of the car could change, with users on higher tariffs able to unlock features such as a higher power output or greater battery storage capacity.

Connecting cars to the cloud – and in particular, connecting cars to each other – also allows you to see what’s over the horizon. If a car brakes suddenly up ahead or detects an obstruction, this information can be sent to those behind to warn of a potential hazard.

This also opens up opportunities for new services. For instance, here at Harman International, we’re working with a weather data supplier that’s trialling a service that locates rain showers.

Using this data – combined with knowledge of the car’s position – the navigation system might suggest that the driver could stop at a nearby coffee shop for five minutes and wait for the rain clouds to blow over.

Consumers may take it for granted that these services are free, but there is an exchange taking place in the background. We’re seeing new suppliers entering the automotive value network, including POI [points of interest] data suppliers such as Yelp and Here. This is partly to enhance the user experience, but also to present things like special offers.

Of course, it’s vital that privacy is maintained. So far, most of the initiatives surrounding vehicle-to-vehicle connectivity and the communication exchange between vehicles are voluntary.

In the United States, however, we do see some proposed legislation to govern what sort of data can be collected about the users and how that can be employed.

In some cases it may be left to informed consent, where services are provided in return for anonymous use of the customer’s data.

The connected car market is at a very early stage and there’s a degree of uncertainty in some areas, but there’s no doubt it will revolutionise the way we drive.

Consumers – given the experience they have from their smartphone – now have a very clear idea about the sort of services they’d like to see in their next car. It’s now up to people like us to make that happen.