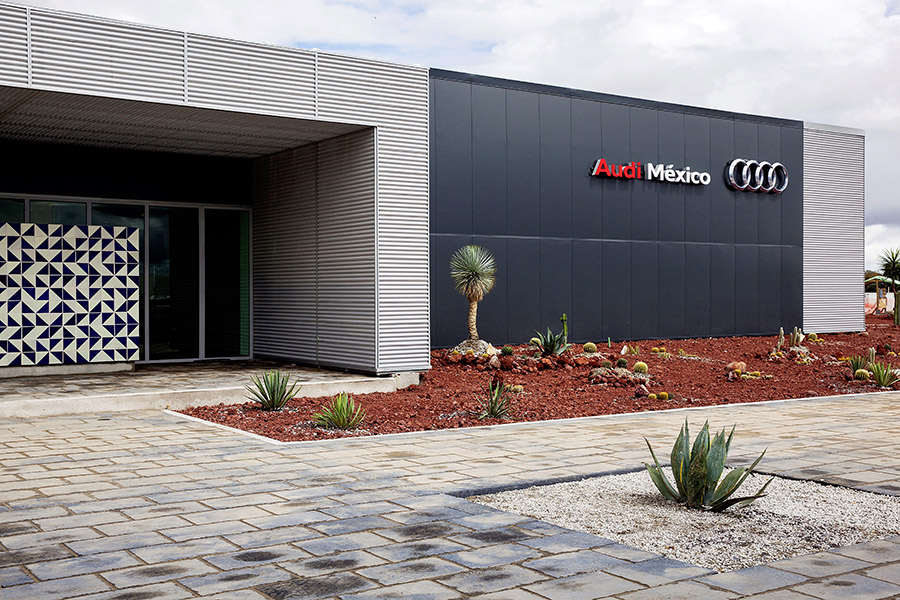 Audi has opened what it calls a “smart factory”, in Mexico, the first such plant opened by a leading automaker in that country.

Professor Rupert Stadler, chairman of Audi, says: “The plant in Mexico is a milestone in the history of our company and an important step in our internationalization.

“It is one of the most modern factories on the American continent. With this facility, we have established an important site for the export of our automobiles to customers all over the world.”

A growing number of the world’s leading manufacturers have been opening what they describe as smart factories. As well as Audi, Adidas, Daimler and other large companies are establishing advanced manufacturing operations.

“Smart factory“ is a term associated with Industry 4.0, and it refers to a manufacturing plant with modern technology. These technologies include robotics, automation, and what’s called 3D printing or additive manufacturing.

But crucially, smart factories in the world of Industry 4.0 feature lots of internet connectivity, or computer networks. The connectivity can be between machines, or devices, as well as between the factory itself with other plants.

Basically, anything can be connected to anything else. This new type of network is called the internet of things, or IoT.

According to research by Gartner, the internet of things market is forecast to grow to $1.9 trillion by 2020. Gartner predicts that manufacturing will account for approximately 15 per cent.

The IoT is also called the machine-to-machine – or M2M – network, although IoT seems to have become the preferred term. There’s also the industrial IoT, which is differentiated by the different Ethernet, or networking, technologies used.

The creation of such IoT or M2M networks enables manufacturers to monitor and manage machinery anywhere across their operation. They can do this from a central location well away from the manufacturing plant itself, or smart factory, as you might call it.

The advantages of this are many and varied, such as reprogramming a robot to perform a new task, or managing heating and lighting. Not only can large, multinational operations be managed from one location, they can even apply artificial intelligence to help them.

Research by Tractica suggests that the global revenues for AI systems will grow 57-fold within the next 10 years. Tractica calculates it to be worth under $700 million currently, and grow to around $25 billion by 2024.

AI algorithms could help the central office to automate many of the tasks, and find ways to manage the operation more efficiently.

Sebastian Thrun, CEO of Udacity and research professor at Stanford University, says: “You could claim that moving from pixelated perception, where the robot looks at sensor data, to understanding and predicting the environment is a Holy Grail of artificial intelligence.”

All of these systems – from the networking technology to the AI algorithms – constitute what some refer to as Industry 4.0.

Industry 4.0 is a term which originated in Germany. It refers to the idea that the world is going through the fourth industrial revolution.

The first Industrial Revolution was characterised by mechanisation; the second featured electrification; the third brought in computerisation; and the fourth industrial revolution is all about connectivity.

Some may not use the terms Industry 4.0 or smart factory, but it’s just one way to describe the new manufacturing landscape.