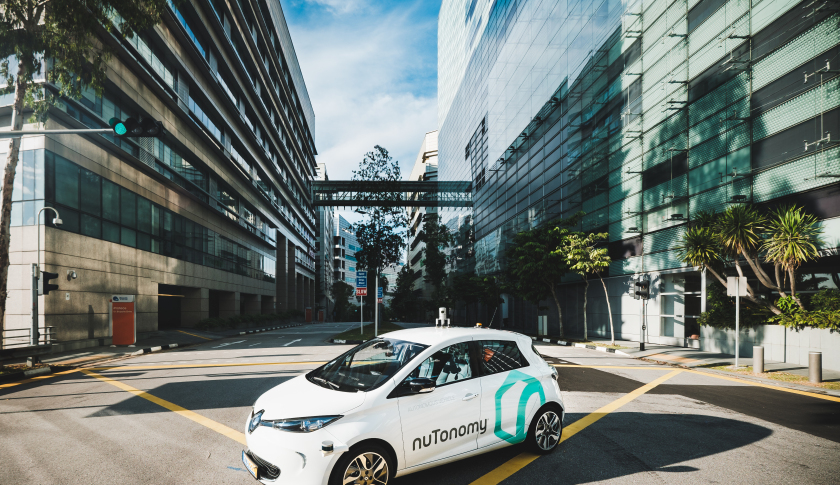 nuTonomy outfits its vehicles with a state-of-the art software system, which has been integrated with high-performance sensing and computing components, to enable safe operation without a driver.

CEO and co-founder of nuTonomy, Karl Iagnemma, says: “Boston and Massachusetts are leaders in rethinking the future of transportation, and we are grateful for their partnership and support of nuTonomy’s efforts to develop a fleet of self-driving cars to serve the public.

“These tests in the City of Boston will enable our engineers to adapt our autonomous vehicle software to the weather and traffic challenges of this unique driving environment. Testing our self-driving cars so near to nuTonomy’s home is the next step towards our ultimate goal: deployment of a safe, efficient, fully autonomous mobility-on-demand transportation service.”

The testing in Boston will enable nuTonomy to build on the knowledge it has gained from the public road tests and public trials it has been conducting in Singapore’s one-north business district. nuTonomy plans to launch its self-driving mobility-on-demand service in Singapore in 2018.

During the Boston road tests, nuTonomy’s software system will learn local signage and road markings while gaining a deeper understanding of pedestrian, cyclist, and driver behavior and interaction across a complex urban driving environment.

nuTonomy plans to work with government officials to expand the testing area to other parts of the city in the near future.

The agreement follows the executive orders issued in October by Mayor Martin Walsh and Massachusetts Governor Charlie Baker that direct the development of an on-street testing process.

Mayor Walsh says: “Boston is ready to lead the charge on self-driving vehicles, and I am committed to ensuring autonomous vehicles will benefit Boston’s residents. This is an exciting step forward, and together with our public and private partners, we will continue to lead the way in creating a safe, reliable and equitable mobility plan for Boston’s residents.”

“Criteria and credentials needed for testing will be thoroughly evaluated, such as a private company’s demonstrated experience, licensing, inspection and registration status in order to ensure the safety of the public.”

nuTonomy will monitor and evaluate the performance of its software system throughout this testing phase. An engineer from nuTonomy will ride in the vehicle during testing to observe system performance and assume control if needed.

In 2015, more than 35,000 people died as a result of motor vehicle crashes in the US, and NHTSA has estimated that driver error is the critical reason for approximately 94 per cent of crashes. Autonomous vehicles promise to dramatically reduce fatalities and injuries, and to bring freedom to people living with physical challenges that prevent them from driving.

By using electric vehicles, nuTonomy’s mobility-on-demand service can also reduce the number of trips taken in gasoline-powered vehicles and decrease the carbon footprint of transportation in urban settings.

nuTonomy recently forged a partnership with Grab, Southeast Asia’s leading ride-hailing app, to support the expansion of nuTonomy’s on-going public trial of self-driving cars in Singapore, the first such public trial in the world.

The trial is giving select Grab users a chance to experience the full end-to-end experience of e-hailing and riding in a nuTonomy self-driving vehicle in and around Singapore’s one-north business district. nuTonomy has also been named an R&D partner by the Singapore Land Transport Authority (LTA), to support the development of a commercial AV service in Singapore.

In May, nuTonomy completed a $16 million Series A funding led by Highland Capital Partners of Cambridge, MA that included participation from Fontinalis Partners, Signal Ventures, Samsung Ventures, and EDBI, the dedicated corporate investment arm of the Singapore Economic Development Board.

Bob Davis, general partner at Highland Capital Partners, adds: “Autonomous vehicles will transform human transportation and over the course of the next generation cars everywhere will drive themselves. Boston leading the way is yet another example of its position as a global hub of innovation.”